In the Case of Freddie Gray: Washington Post Report on Leaked Police Document Claiming That Gray Had Banged Against the Walls of the Police Van and Tried to Injure Himself Disputed 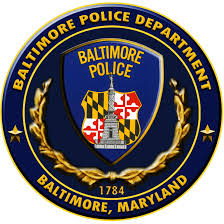 Peter Hermann of The Washington Post reported last night that–according to a police document that the paper had obtained–a prisoner who had shared the police transport vehicle with Freddie Gray told investigators that he could hear Gray “banging against the walls” of the vehicle and believed that he “was intentionally trying to injure himself.”

Hermann said that the prisoner, “who is currently in jail, was separated from Gray by a metal partition and could not see him.” Hermann added that the prisoner’s statement “is contained in an application for a search warrant, which is sealed by the court.” The Washington Post was reportedly “given the document under the condition that the prisoner not be named because the person who provided it feared for the inmate’s safety.”

The document, written by a Baltimore police investigator, offers the first glimpse of what might have happened inside the van. It is not clear whether any additional evidence backs up the prisoner’s version, which is just one piece of a much larger probe.

Gray was found unconscious in the wagon when it arrived at a police station on April 12. The 25-year-old had suffered a spinal injury and died a week later…”

But Andrew Hart of Huffington Post reported early this morning that the “initial shock of the report quickly transitioned to uncertainty and skepticism after questions were raised over the details.”

Last night, Jayne Miller of WBAL told MSNBC’s Chris Hayes that the story in the Post was “inconsistent” with what her outlet has reported. Miller said, “We have reported for some time that by the time that prisoner is loaded into that van, Freddie Gray was unresponsive. Secondly we have no medical evidence that Freddie Gray suffered any injury that would indicate that he had injured himself.” In addition, Miller noted that Gray had only been in the police van with the other prisoner “for the final five minutes of the ride.”

There is “no evidence [Gray was] banging [his] head against van,” Miller tweeted. Jane Cook, an attorney for the Gray family, called the report “speculation” as she had seen no evidence supporting it.

Jason Downs, another attorney for the Gray family, told the Post that the prisoner’s statement was new to them. Down was quoted as saying, “We disagree with any implication that Freddie Gray severed his own spinal cord. We question the accuracy of the police reports we’ve seen thus far, including the police report that says Mr. Gray was arrested without force or incident.”

Hart said that “the timeline of Gray’s arrest remains incomplete.” Yet, according to Hart, “Baltimore Police Commissioner Anthony Batts said that before the second prisoner was loaded into the van, an officer had to ‘pick [Gray] up off the floor and place him on the seat.’” Police admitted that Gray “asked for medical attention at this point.” Police said that Gray “had earlier been placed in leg irons after an officer felt he was becoming ‘irate.’” Hart added that police had also admitted that Gray had been handcuffed but not secured while he was being transported in the police van.

Hart said that there was another issue that arose from the report in the The Washington Post: The second prisoner was not able to see Freddie Gray because the two men “would have been separated by a metal partition in the van.” Hart wrote, “The prisoner who allegedly gave the account is in jail, and the Post has not been able to reach him for comment.”

Hart reported that the affidavit that the Post had obtained “was in an application for a search warrant seeking the seizure of the uniform worn by one of the officers involved in the episode with Gray.” According to Hart, that document “is part of the investigation into Gray’s death, and the police investigator who wrote it is unnamed.”

The Post has said it has no other evidence that supports the “purported claims of the second prisoner.”

On Wednesday night, Rachel Maddow noted that the leak to the Post was the first information that we have regarding the investigation into Gray’s death while in police custody. Maddow said, “Leaks like this always serve somebody’s purpose. We have no idea who gave this to the Post.”

Hart said that Baltimore Police “have maintained that they do not know how Gray suffered the fatal injury.” He added that Police Commissioner Batts “has admitted to mistakes in how Gray’s arrest was handled, saying he should have received medical attention and that he should have been secured while in the back of the police van.”

6 Responses to In the Case of Freddie Gray: Washington Post Report on Leaked Police Document Claiming That Gray Had Banged Against the Walls of the Police Van and Tried to Injure Himself Disputed