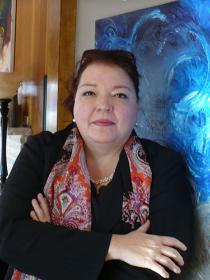 Lisa Graves
Executive Director of the Center for Media and Democracy

The Center for Media and Democracy’s (CMD) PR Watch reported last week on the $3.3 billion that the federal government has spent fueling the charter school industry in this country over the past two decades. According to a new financial analysis conducted by CMD, no one knows what all that money has actually bought.

Jonas Persson, a writer for CMD, said, “Despite the huge sums spent so far, the federal government maintains no comprehensive list of the charter schools that have received and spent these funds or even a full list of the private or quasi-public entities that have been approved by states to ‘authorize’ charters that receive federal funds.” He added, “And despite drawing repeated criticism from the Office of the Inspector General for suspected waste and inadequate financial controls within the federal Charter Schools Program—designed to create, expand, and replicate charter schools—the U.S. Department of Education (ED) is poised to increase its funding by 48% in FY 2016.”

Democracy Now! said that the new report on charter school funding “claims charter schools are spending billions of dollars with nearly no oversight, regulation, or accountability.” Unfortunately, there is apparently “no comprehensive database showing how these funds are spent and what results they produce. “ According to Democracy Now!, the report “analyzes materials obtained from open records requests regarding independent audits of how states interact with charter schools and their authorizers.” The analysis found “that the anti-regulatory environment around charter schools coupled with their lack of financial transparency warrants a moratorium rather than increased charter funding.”

Along with an earlier Inspector General report, the documents obtained by CMD “reveal systemic barriers to common sense financial controls.” Persson noted, “Revealing quotes from those audit materials, highlighted in CMD’s report, show that too often states have had untrained staff doing unsystematic reviews of authorizers and charter schools while lacking statutory authority and adequate funding to fully assess how federal money is being spent by charters.”

CMD’s review of internal audits reveals that ED did not act quickly or effectively on numerous reports that state education officials had no idea where the federal funds ended up. The documents also show that ED knowingly awarded grants to states with no statutory oversight over charter authorizers and schools as the grant applications are evaluated based on how much “flexibility” from state laws charter schools have.

As a result of lax oversight on the federal level, combined with many state laws that hide charter finances from the public eye, taxpayers are left in the dark about how much federal money each charter school has received and what has been wasted or spent to enrich charter school administrators and for-profit corporations who get lucrative outsourcing contracts from charters, behind closed doors.

Persson said that the Department of Education has only paid “lip service to accountability.” He added that “independent audit materials show that the Department’s lofty rhetoric is simply not backed up by its actions.” He continued by saying that “the lack of tough financial controls and the lack of public access to information about how charters are spending federal tax dollars has almost inevitably led to enormous fraud and waste.”

Last Friday, Lisa Graves, Executive Director of CMD, spoke with Amy Goodman and Juan Gonzalez about the charter school report on Democracy Now!. Graves told Goodman and Gonzalez that CMD’s “open records request showed time after time in which the federal government and the state governments have no idea how that money’s being spent.” She claimed that was partly “due to the design of those schools.” She said that the “design at the state level, driven by ALEC, the American Legislative Exchange Council’s, policies and a number of sort of extreme policies represent a real hostility to government schools, to the idea of public schools and government oversight.” She added that time and again the records showed that “no one really knew how much money was being spent by the schools, how much of those tax dollars was being spent on executive pay, how much money was being outsourced to for-profit corporations.”

Another thing that Graves said that they had seen time and again were the promises made “by the Department of Education to do more to hold charter schools accountable.” But, she added, “what you see on the ground based on the audits, based on the Inspector General’s report, is a real lack of controls.”

You basically have the Department of Education’s charter operation sort of encouraging the states to do more. Meanwhile, you have audits that show that in many instances the states have no idea where the money was spent once it went into the charter school system. They don’t know how many kids were really served. They don’t know what happened to assets that were purchased through our tax dollars. There is a recent report last week from the Center for Popular Democracy that shows through looking through federal and state criminal fraud indictments, that there have been more than $200 million worth of fraud in the charter school industry. So this sort of circumstance calls for much greater control, much greater restraint rather than the 50 percent increase that the administration has called for for charter school funding.

This information is particularly troubling considering that studies have shown that overall charter schools don’t perform better than traditional public schools. Graves said, “And in fact, in the worst circumstances, the charter schools perform far worse.” She added that while there are instances where “people can point to examples here and there of success or innovations, the overall studies seem to indicate that we’re siphoning a lot of money out of our public school system to these charters and some people are getting really rich off of it.”

According to Graves, some of the for-profit corporations running the charter schools “are making millions—in fact, hundreds of millions of dollars out of our tax dollars, and turning around to spend that money to lobby for more tax dollars, and spending that money to advertise for more kids to come through these systems, even though they’ve had record after record after record of failure, in many instances, by these charter schools.” She continued, “What we’ve also seen in one of the biggest studies is that more money goes to so-called administration in charter schools than to students directly. And that’s not a surprise when you see how these things are structured.” Some of these public charter schools, Graves said “basically outsource everything to the private sector.”