November. Depending on where you live, it’s still autumn, or already winter, or spring-into-summer if you’re south of the equator. Here in America, we’re going off Daylight Savings Time this weekend, and it will get dark by five o’clock in the afternoon again.

November is a time of transition no matter where you live. So I’ve rounded up some poets with very different views of the month to take us into the change.

Emily Dickinson spent her whole life on the edge of things, in a very small corner of the world, but she was a peerless observer of every shift and variation around her.

Besides the autumn poets sing,
A few prosaic days
A little this side of the snow
And that side of the haze.

Still is the bustle in the brook,
Sealed are the spicy valves;
Mesmeric fingers softly touch
The eyes of many elves.

Perhaps a squirrel may remain,
My sentiments to share.
Grant me, O Lord, a sunny mind,
Thy windy will to bear!

Nothing left but fool’s gold in the trees.
Did I love it enough, the full-throttle foliage,
While it lasted? Was I dazzled? The bees

Have up and quit their last-ditch flights of forage
And gone to shiver in their winter clusters.
Field mice hit the barns, big squirrels gorge

On busted chestnuts. A sky like hardened plaster
Hovers. The pasty river, its next of kin,
Coughs up reed grass fat as feather dusters.

Even the swarms of kids have given in
To winter’s big excuse, boxed-in allure:
TVs ricochet light behind pulled curtains.

The days throw up a closed sign around four.
The hapless customer who’d wanted something
Arrives to find lights out, a bolted door. 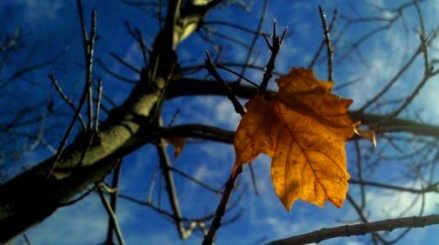 From New Zealand, a pair of contrasting poets. First,  Lola Ridge, who was born in Ireland, but moved with her mother to New Zealand when she was 13. She left as a young adult for Australia, and then moved on to New York in her early thirties, although she reinvented herself for America as an Australian and knocked 10 years off her age. Her restless spirit is reflected in this poem.

Wind, just arisen
(Off what cool matters of marsh-moss
In tented boughs leaf-drawn before the stars
Or niche of cliff under the eagles?)

You of living things,
So gay and tender and full of play,
Why do you blow on my thoughts – like cut flowers
Gathered and laid to dry on this paper, rolled out of dead wood?

I see you
Shaking that flower at me with soft invitation
And frisking away,
Deliciously rumpling the grass . . .

So you fluttered the curtains about my cradle,
Prattling of fields
Before I had had my milk.
Did I stir on my pillow, making to follow you, Fleet One –
I, swaddled, unwinged, like a bird in the egg?

Let be
My dreams that crackle under your breath . . .
You have the dust of the world to blow on.

Do not tag me and dance away, looking back . . .
I am too old to play with you,
Eternal child. 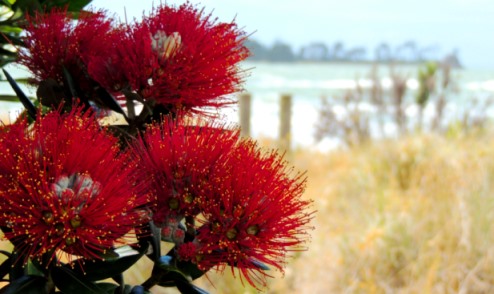 Hone Tuwhare was born in Kaikohe, Northland, New Zealand into the Maori Ngapuhi tribe. Well-known and much-loved in his own country, his collections of poetry are rare finds elsewhere. The Campbell Albatross migrates to New Zealand in September or October, and nests through January or February — spring and summer there.

Day and night endlessly you have flown effortless of wing
over chest-expanding oceans far from land.
Do you switch on an automatic pilot, close your eyes
in sleep, Toroa?

On your way to your homeground at Otakou Heads
you tried to rest briefly on the Wai-te-mata
but were shot at by ignorant people. Crippled.
You found a resting place at Whanga-nui-a-Tara;
found space at last to recompose yourself.

Now, without skin and flesh to hold you together
the division of your aerodynamic parts lies whitening,
licked clean by sun and air and water. Children will
discover narrow corridors of airiness between,
the suddenness of bulk. Naked, laugh in the gush
and ripple — the play of light on water.

You are not alone, Toroa. A taniwha once tried
to break out of the harbour for the open sea. He failed.
He is lonely. From the top of the mountain nearby he
calls to you: Haeremai, haeremai, welcome home, traveller.

Your head tilts, your eyes open to the world. 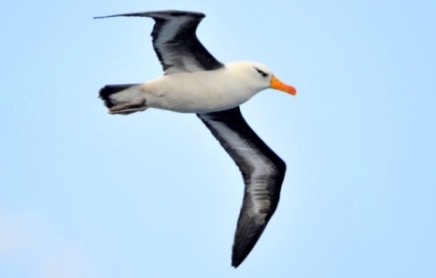 A ‘taniwha’ is supernatural creature of Maori legend which lives in watery caves or rivers, and is strong enough to uproot trees —‘haeremai’ means welcome

Snow would be the easy
way out — that softening
sky like a sigh of relief
at finally being allowed
to yield. No dice.
We stack twigs for burning
in glistening patches
but the rain won’t give.

So we wait, breeding
mood, making music
of decline. We sit down
in the smell of the past
and rise in a light
that is already leaving.
We ache in secret,
memorizing

a gloomy line
or two of German.
When spring comes
we promise to act
the fool. Pour,
rain! Sail, wind,
with your cargo of zithers! 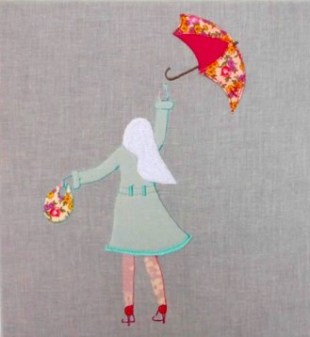 Staying in place geographically, we move in time, back to Denise Levertov’s poem about protesting the Vietnam War in the bleak November dusk.

Brown gas-fog, white
beneath the street lamps.
Cut off on three sides, all space filled
with our bodies.
…Bodies that stumble
in brown airlessness, whitened
in light, a mildew glare,
…that stumble
hand in hand, blinded, retching.
Wanting it, wanting
to be here, the body believing it’s
dying in its nausea, my head
clear in its despair, a kind of joy,
knowing this is by no means death,
is trivial, an incident, a
fragile instant.    Wanting it, wanting
…with all my hunger this anguish,
…this knowing in the body
the grim odds we’re
up against, wanting it real.
Up that bank where gas
curled in the ivy, dragging each other
up, strangers, brothers
and sisters.    Nothing
will do but
to taste the bitter
taste. No life
other, apart from. 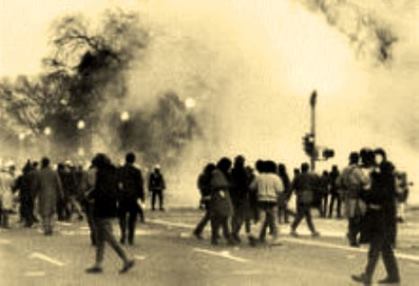 Tomas Tranströmer was a Swedish poet and psychologist who worked with juvenile offenders and drug addicts. In 2011, he was awarded the Nobel Prize for Literature.

November in the Former DDR

The almighty cyclop’s-eye clouded over
and the grass shook itself in the coal dust.

Beaten black and blue by the night’s dreams
we board the train
that stops at every station
and lays eggs.

Almost silent.
The clang of the church bells’ buckets
fetching water.
And someone’s inexorable cough
scolding everything and everyone.

How sore my eyes are!
They’ve been reading by the faint glimmer of the glow-worm lamps.

But we hear the clang
of the church bells’ buckets fetching water
every Wednesday
– is it Wednesday? –
so much for our Sundays!

I’m always delighted to give the last word to Dorothy Parker.

In May my heart was breaking-
Oh, wide the wound, and deep!
And bitter it beat at waking,
And sore it split in sleep.

And when it came November,
I sought my heart, and sighed,
“Poor thing, do you remember?”
“What heart was that?” it cried. 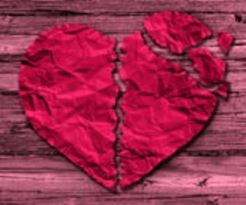 So we’ve made our whirlwind November trip around the world, dashing from north to south and back again. The great things about armchair travel are that your luggage never gets lost, and there really is ‘no place like home.’

Nona Blyth Cloud has lived and worked in the Los Angeles area for the past 50 years, spending much of that time commuting on the 405 Freeway. After Hollywood failed to appreciate her genius for acting and directing, she began a second career managing non-profits, from which she has retired. Nona has now resumed writing whatever comes into her head, instead of reports and pleas for funding. She lives in a small house overrun by books with her wonderful husband.
View all posts by wordcloud9 →
This entry was posted in Emily Dickinson, Poetry, Word Cloud and tagged Denise Levertov, Dorothy Parker, Hone Tuwhare, Lola Ridge and Tomas Tranströmer, Maggie Dietz, November, Rita Dove. Bookmark the permalink.
Loading Comments...
%d bloggers like this: