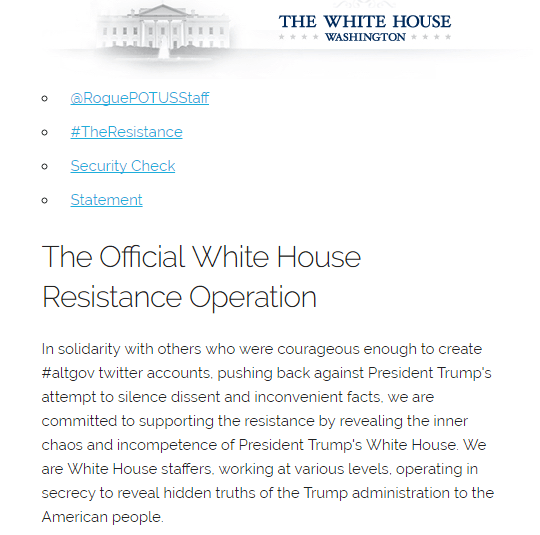 “If your mother says she loves you, check it out.”

Now that Infowars has decided to serve as the “White House plumber”  proxy in accusing alleged WH staff leakers by name— we could now decide to challenge @roguePOTUSStaff as a news source, or even rank entertainment.

As if giving press credentials to pseudo-journalists like Breitbart and others giving RW pervert hand signs gave them any additional credibility than someone taking the official WH tour. When they go to the WHCA dinner they’ll be the first to be mocked, because rented prom tuxes.

The site has been useful primarily as a check on external events and never as a single source although the absence / presence of data was useful during the early days of what now has become Biglygatetm.Because there are now so many twitter sleepers. spoofers, and trolls like NAMiloBLA, it is possible that @roguePOTUSStaff was always compromised, perhaps by Bannon and even staffed sub rosa by Breitbart in terms of authorship.

As indicated earlier it was interesting to get a fragment of new insights on the disaster that is Lord Dampnut’s manor. No one is leaking classified material and it isn’t WikiLeaks.

The website associated with @roguePOTUSStaff at least provides one level of credibility, but as one looks at the tweets and without extensive content analysis, there are some issues that allow us to be entertained, but only by fragmentary “alternative facts”.

The problem of online texts is that they are are always multi-voiced even if an utterance is transcribed just like any dubbed video is never as authentic as unedited reality television (aka actual live news). This heteroglossia is in all digital texts, even the non-novel. Online “journalism” now suffers that fate when very little can be verified and everything can be photoshopped.

Priebus tipped his hand this morning. Asked about when he learned Flynn lied, he said Yates was fired for not doing her job. #wrongquestion

“A double bluff is an attempt to deceive someone by telling them exactly what you intend to do when you know that they will assume you are lying.”

People wonder why we don’t leak. RPS does not leak. But that doesn’t mean that the people behind this account don’t leak info to the media. https://t.co/zkb9KlVypU

When well intended patriots disagree, that’s democracy. When POTUS says it’s not fact until he approves it, that’s tyranny. 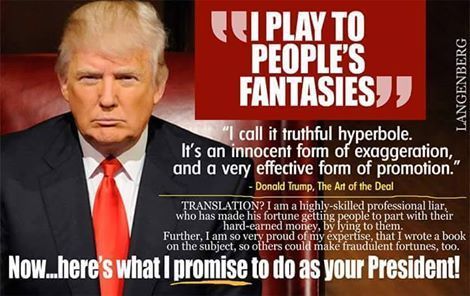 Accuracy and standards for factual reporting