Originally posted on July 15, 2016 – I still feel under the weather, so I’m giving you a “golden oldie” this week that’s in keeping with Women’s History Month.

I normally try to abstain from vulgar language in my writing, but profiling Carolyn Kizer (1925-2014), it’s hard to avoid the word “Bitch” since that is the title of one of her most famous poems.

“Women writers are the custodians of the world’s best-kept secret. Merely the private lives of one half of humanity.” (Carolyn Kizer, from Pro Femina)

Much of Carolyn Kizer’s work is about the inner workings of women’s minds. She brilliantly confronted the 1950s constricted role of daughter-wife-mother, revealing the woman hidden by the macquillage.

There’s a lot of pain and anger buried beneath smiles and polite small talk. Many women cringe when reminded how desperately their younger selves sought approval. Especially those of us who grew up in the 1950s and early 60s, when we were force-fed a steady diet of “let him win” and “boys like pretty girls, not smart ones.”

Now, when he and I meet, after all these years,
I say to the bitch inside me, don’t start growling.
He isn’t a trespasser anymore,
Just an old acquaintance tipping his hat.
My voice says, “Nice to see you,”
As the bitch starts to bark hysterically.
He isn’t an enemy now,
Where are your manners, I say, as I say,
“How are the children? They must be growing up.”
At a kind word from him, a look like the old days,
The bitch changes her tone; she begins to whimper.
She wants to snuggle up to him, to cringe.

Down, girl! Keep your distance
Or I’ll give you a taste of the choke-chain.
“Fine, I’m just fine,” I tell him.
She slobbers and grovels.
After all, I am her mistress. She is basically loyal.
It’s just that she remembers how she came running
Each evening, when she heard his step;
How she lay at his feet and looked up adoringly
Though he was absorbed in his paper;
Or, bored with her devotion, ordered her to the kitchen
Until he was ready to play.
But the small careless kindnesses
When he’d had a good day, or a couple of drinks,
Come back to her now, seem more important
Than the casual cruelties, the ultimate dismissal.
“It’s nice to know you are doing so well,” I say.
He couldn’t have taken you with him;
You were too demonstrative, too clumsy,
Not like the well-groomed pets of his new friends.
“Give my regards to your wife,” I say. You gag
As I drag you off by the scruff,
Saying, “Goodbye! Goodbye! Nice to have seen you again.”

For more than thirty years we hadn’t met.
I remembered the bright query of your face,
That single-minded look,intense and stern,
Yet most important -how could I forget?-
Was what your taught me inadvertantly
(tutored by books and parents, even more
By my own awe at what was yet to learn):

The finest intellect can be a bore.

At this, perhaps our final interview,
Still luminous with your passion to instruct,
You speak to that recalcitrant pupil who
Inhaled the chalk-dust of your rhetoric.
I nod, I sip my wine, I praise your view,
Grateful, my dear, that I escaped from you.

Here, she gives us a litany of “Blame the Victim” through the centuries.

arms that were lovely Helen’s, in whose name
Greek slaughtered Trojan. Helen was to blame.

Mythologize your women! None escape.

Europe was named from an act of bestial rape:

Eponymous girl on bull-back, he intent
on scattering sperm across a continent.

Old Zeus refused to take the rap.
It’s not his name in big print on the map.

But let’s go back to the beginning
when sinners didn’t know that they were sinning.

He, one rib short: she lived to rue it
when Adam said to God, “She made me do it.”

Eve learned that learning was a dangerous thing
for her: no end of trouble would it bring.

An educated woman is a danger.
Lock up your mate! Keep a submissive stranger

Whether we wield a scepter or a mop
It’s clear you fear that we may get on top.

And if we do – I say it without animus –
It’s not from you we learned to be magnaminous.

Poet, essayist, and translator Carolyn Kizer was born in Spokane, Washington. A self-described “spoiled only child” born late-in-life to a biologist mother and a lawyer father, Kizer’s childhood was suffused with poetry. Her father loved Keats, but her mother preferred Whitman.  They read to her every evening.

“Father read aloud in a voice that throbbed with feeling. It made Mother nervous…My mother had the most beautiful voice, creamy, deep, and resonant; she didn’t need and didn’t attempt histrionics…

As a child I suffered from severe allergies: asthma, hay fever, and eczema. Much of the time when Father read aloud, I was flaked out on the living room sofa, trying to be as passive as possible, and concentrating on breathing…

I remember that when I was eleven or twelve I came storming home from school demanding, ‘Why didn’t you ever tell me about Pope and Dryden?’ They were stunned. Our library, copious as it was, didn’t contain the works of either. These were lasting influences. I have continued to prefer, and write, poems that have what you might call ‘a sting in the tail.’ Add Catullus and Juvenal. I adored wit, irony, and intellectual precision.”

She graduated from Sarah Lawrence College in 1945 and did graduate work in Chinese at Columbia.

In 1946, Kizer married Stimson Bullitt, the scion of a wealthy Seattle family, and had three children in quick succession. During this time, she nearly stopped writing poetry. They divorced in 1954.

Kizer was writing again, studying at the University of Washington, first with Theodore Roethke and later with Stanley Kunitz, but it was only at Roethke’s urging, she said, that she decided in earnest to become a poet.

1959 to 1965, Kizer was the first editor of the journal Poetry Northwest. From 1964 to 1965, she got a job through the State Department teaching in Pakistan. 1966 to 1970, she was the first director of literary programs for the National Endowment for the Arts.

Her first poetry collection, The Ungrateful Garden,  published in 1961, showed clearly that for her, the poetical was the political.

She went on to teach at the University of North Carolina, Chapel Hill, and the famed Iowa Writers’ Workshop. 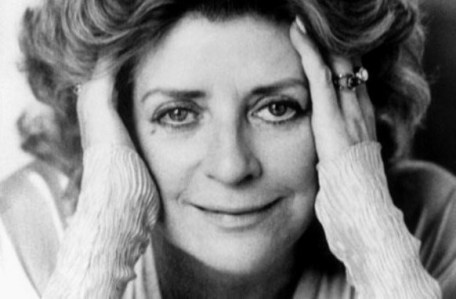 In 1975, she married architect John Marshall Woodbridge. This marriage was much more successful, lasting until his death in June of 2014, just 5 months before Kizer died of complications from dementia.

At a party I spy a handsome psychiatrist,
And wish, as we all do, to get her advice for free.
Doctor, I’ll say, I’m supposed to be a poet.
All life’s awfulness has been grist to me.
We learn that happiness is a Chinese meal,
While sorrow is a nourishment forever.
My new environment is California Dreamer.
I’m fearful I’m forgetting how to brood.
And, Doctor, another thing has got me worried:
I’m not drinking as much as I should . . .

At home, I want to write a happy poem
On love, or a love poem of happiness.
But they won’t do, the tensions of every day,
The rub, the minor abrasions of any two
Who share one space. Ah, there’s no substitute for tragedy!
But in this chapter, tragedy belongs
To that other life, the old life before us.
Here is my aphorism of the day:
Happy people are monogamous.
Even in California. So how does the poem play

Without the paraphernalia of betrayal and loss?
I don’t have a jealous eye or fear
And neither do you. In truth, I’m fond
Of your ex-mate, whom I name “my wife-in-law.”
My former husband, that old disaster, is now just funny,
So laugh we do, in what Cyril Connolly
Has called the endless, nocturnal conversation
Of marriage. Which may be the best part.
Darling, must I love you in light verse
Without the tribute of profoundest art?

Of course it won’t last. You will break my heart
Or I yours, by dying. I could weep over that.
But now it seems forced, here in these heaven hills,
The mourning doves mourning, the squirrels mating,
My old cat warm in my lap, here on our terrace

As from below comes a musical cursing
As you mend my favorite plate. Later of course
I could pick a fight; there is always material in that.
But we don’t come from fighting people, those
Who scream out red-hot iambs in their hate.

No, love, the heavy poem will have to come
From temps perdu, fertile with pain, or perhaps
Detonated by terrors far beyond this place
Where the world rends itself, and its tainted waters
Rise in the east to erode our safety here.
Much as I want to gather a lifetime thrift
And craft, my cunning skills tied in a knot for you,
There is only this useless happiness as gift.

Next July 19 will mark the 170th anniversary of the first Woman’s Rights Convention in America, which took place in Seneca Falls, New York. Many of the women who attended that first meeting had never spoken in public before. Their lives were very different from the lives most American women live today. Yet some of the rights which they advocated and fought for are still to be won.

Carolyn Kizer was an early and most eloquent voice of the “Second Wave” of Feminism in the 1960s and 70s.  As she says in Pro Femina, her ironic diatribe on the cost of women’s progress:

“While men have politely debated free will, we have howled for it,
Howl still, pacing the centuries, tragedy heroines.
Some who sat quietly in the corner with their embroidery
Were Defarges, stabbing the wool with the names of their ancient
Oppressors, who ruled by the divine right of the male—
I’m impatient of interruptions! I’m aware there were millions
Of mutes for every Saint Joan or sainted Jane Austen,
Who, vague-eyed and acquiescent, worshiped God as a man.
I’m not concerned with those cabbageheads, not truly feminine
But neutered by labor. I mean real women, like you and like me.“

And her burning question from Pro Femina remains open:

Have we begun to arrive in time?

2018 Note – Looking back from the perspective of a disastrous 14 months of the worst kind of petulant man-child in the Oval Office, breaking everything he can get his little hands on, Carolyn Kizer’s question seems more urgent than ever.

Nona Blyth Cloud has lived and worked in the Los Angeles area for the past 50 years, spending much of that time commuting on the 405 Freeway. After Hollywood failed to appreciate her genius for acting and directing, she began a second career managing non-profits, from which she has retired. Nona has now resumed writing whatever comes into her head, instead of reports and pleas for funding. She lives in a small house overrun by books with her wonderful husband.
View all posts by wordcloud9 →
This entry was posted in Poetry, Word Cloud and tagged Carolyn Kizer, Feminism, INNER-B!ȾȻH, Pro Femina, Pulitzer Prize for Poetry, Pushcart Prize, Vladimir Fokanov, Women's History Month. Bookmark the permalink.