222 – Emperor Elagabalus, who became emperor at age 14 during a previous revolt, is assassinated, along with his mother, Julia Soaemias, by the Praetorian Guard because of  his attempts to replace Jupiter with the Syrian god Elagabal as the head of the Roman pantheon, and his bisexual excesses. Their mutilated bodies are dragged through the streets of Rome before being thrown into the Tiber

1708 – Queen Anne withholds Royal Assent from the Scottish Militia Bill, fearing an armed Scottish military would not be loyal to the British crown; this is the last bill to be refused Royal Assent, now considered a formality

1785 – John McLean born, U.S. Supreme Court justice (1829-1861); one of the two justices who dissented in the infamous Dred Scott decision of 1857 (the capitalized word in the quote is from the original)

1791 – Samuel Mulliken patents a threshing machine for corn and grain; he becomes the first person to receive more than one U.S. patent

1824 – U.S. Secretary of War John C. Calhoun creates Bureau of Indian Affairs as a War Department division, without authorization from Congress; he appoints former Superintendent of Indian Trade, Thomas L. McKenney as bureau chief, but McKinney soon finds he has all the work while all the authority rests with Secretary Calhoun

1845 – The Flagstaff War: Unhappy with translational differences regarding the Treaty of Waitangi, chiefs Hone Heke, Kawiti and Māori tribe members chop down the British flagpole for a fourth time and drive settlers out of Kororareka, New Zealand

1860 – Thomas Hastings born, American architect; his firm designs the New York Public Library, and he designs the Arlington Cemetery Tomb of the Unknowns

1862 – During the Civil War, President Abraham Lincoln removes Gen. George B. McClellan as general-in-chief of the Union armies

1893 – Wanda Gág born, American artist, illustrator and author; noted for writing and illustrating the children’s book Millions of Cats, which won the 1928 Newbery award, and is the oldest American picture book still in print; her 1927 article, These Modern Women: A Hotbed of Feminists, published in The Nation; illustrated covers for the leftist magazines The New Masses and The Liberator

1900 – Hanna Bergas born, German Jewish teacher; under the Nazi regime, she was fired from her job and barred from teaching in public schools; she was hired to work in a private school, and moved with the school’s founder, Anna Essinger, and most of the school’s staff to Kent, England in 1939, where the school was re-established. Bergas and three others from the school ran a reception camp at the seaside town of Dovercourt for mostly Jewish, unaccompanied refugee children in the Kindertransports, helping the children to adjust to life in a new country

1903 – Dorothy Schiff born, American newspaper owner and publisher, philanthropist and reformer, buys the New York Post in 1939 and becomes its publisher in 1942

1904 – After 30 years of drilling, the north tunnel under the Hudson River is holed through, linking Jersey City NJ, and New York NY

1904 – Hilde Bruch born, escaped from Nazi Germany in 1933 to England and then America, pioneer and leading expert in eating disorders, especially anorexia nervosa

1917 – Robert L. Carter born, civil rights activist, attorney and judge; worked as legal assistant to Thurgood Marshall at the NAACP Legal Defense Fund in 1944; general counsel for the NAACP (1956-1968) winning 21 of 22 cases he argues or co-argues before the U.S. Supreme Court; appointment as a judge of U.S. District Court in 1972

1921 – Charlotte Friend born, microbiologist, in 1950s at Sloan-Kettering Institute discovered a link between defective maturation and tumor growth in mice, discoveries critical in establishing the role of viruses in some cancers

1922 – Vinette J. Carroll born, director and actress, first African American woman to direct a show on Broadway in 1972, Don’t Bother Me, I Can’t Cope, nominated for 4 Tony Awards, including her nomination for Best Director of a Musical; nominated again for a Best Director Tony for Your Arms Too Short to Box with God in 1976

Vinette Carroll, a rare film appearance in Up the Down Staircase

1925 – Margaret Oakley Dayhoff born, American physical chemist and pioneer in bioinformatics; professor at Georgetown University Medical Center, and research biochemist at the National Biomedical Research Foundation, where she developed the application of mathematics and computational methods to biochemisty, including the creation of protein and nucleic acid databases; tools to interrogate the databases, and one of the first substitution matrices, point accepted mutations (PAM); develops one-letter code for amino acids, an attempt to reduce data file size describing amino acid sequences in an era of punch-card computing 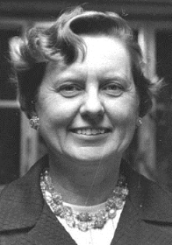 1927 – Freda Meissner-Blau born, Austrian politician, founder of the Austrian Green Party, and a leading figure in the Austrian Anti-Nuclear and environmental movements

1946 – Pravda denounces Winston Churchill as anti-Soviet and a warmonger

1949 – Griselda Pollock born in South Africa; after a childhood in Canada, she moved to Britain in her teens, and went on to be a highly influential cultural analyst and scholar of modern and contemporary art, and a respected feminist theorist in art history and gender studies 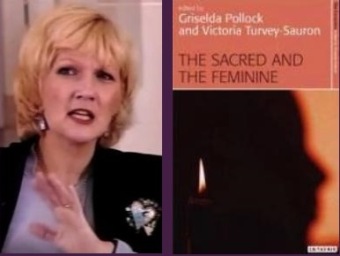 1988 – Cease-fire declared in the war between Iran and Iraq

1990 – Lithuania declares its independence from the USSR,  the first Soviet republic to break from Communist control

1990 – In Chile, Patricio Aylwin is sworn in as the first democratically elected president since 1973

1993 – Janet Reno is unanimously confirmed by the U.S. Senate as the first woman attorney general

1994 – In Chile, Eduardo Frei is sworn in as President, the first peaceful transfer of power in Chile since 1970

2002 – Two columns of light are pointed skyward from ground zero in New York as a temporary memorial to the victims of the terrorist attacks of September 11, 2001

2011 – Wisconsin Gov. Scott Walker signs measure eliminating most union rights for public employees, after three weeks of protests against it

2015 – The Texas state legislature names Phil Collins an honorary Texan as a “thank you” for donating his extensive collection of Alamo and Texas Revolution-related artifacts to the Alamo, part of the San Antonio Missions National Historical Park,  a UNESCO World Heritage Site 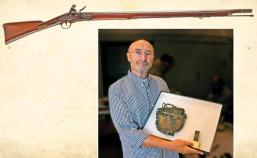 2016 – National Promposal Day is launched to encourage high schools to ask their prospective date for the prom early; inspiring stories are shared on social media: #MyUltimatePromposal

Nona Blyth Cloud has lived and worked in the Los Angeles area for the past 50 years, spending much of that time commuting on the 405 Freeway. After Hollywood failed to appreciate her genius for acting and directing, she began a second career managing non-profits, from which she has retired. Nona has now resumed writing whatever comes into her head, instead of reports and pleas for funding. She lives in a small house overrun by books with her wonderful husband.
View all posts by wordcloud9 →
This entry was posted in History, Holidays, On This Day and tagged Charlotte Friend, Dorothy Schiff, Hilde Bruch, Jane Meade Welch, Lorraine Hansberry, Mary Wollstonecraft Shelley, Wanda Gág. Bookmark the permalink.