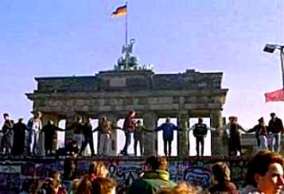 694 – Egica, Visigoth King of Hispania, accuses Jews of aiding Muslims, and sentences all Jews to slavery

1277 – Treaty of Aberconwy is signed by King Edward I of England and Llewelyn ap Gruffydd of Wales, also called ‘Llywelyn  the Last’ because he was the last sovereign prince of Wales. The peace treaty ended the first of the Welsh wars, but also led to the end of Welsh self-rule when Llewelyn dies in 1282 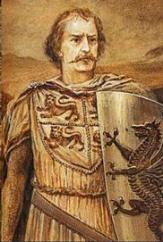 1620 – Pilgrims aboard the Mayflower sight land at Cape Cod MA 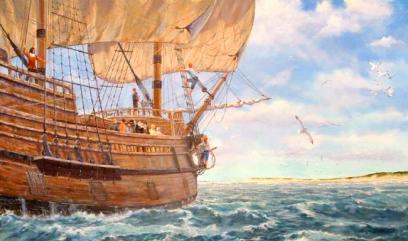 Mayflower in riptide off Monomoy point, painted by Mike Haywood

1720 – The synagogue of Judah HeHasid, leader of the largest group of Jewish immigrants to the Land of Israel in the 17th and 18th centuries, is burned down by Arab creditors who had loaned the group money to build the synagogue, leading to the expulsion of the Ashkenazim from Jerusalem

1723 – Princess Anna Amalia of Prussia born, became Princess Abbess of Quedlinburg (1756-1787); noted as a musical patron, and a collector of music whose library included over 600 volumes of works by Johann Sebastian Bach, George Frideric Handel, Georg Philipp Telemann,  and Carl Philipp Emanuel Bach, among many others; she was herself a composer of chamber works, but many of them have been lost

1731 – Benjamin Banneker born, a free black American farmer, surveyor, and self-taught astronomer, who built a clock entirely out of wood, the first clock built in the American colonies, which kept perfect time for 40 years

1732 – Julie de Lespinasse born, Frenchwoman who hosted an influential Salon during the Enlightenment; also noted for her love letters, published over 30 years after her death, first to the Marquis de Mora, son of the Spanish Ambassador to France, who died from tuberculosis in 1774, and then to the Comte de Guibert, whose marriage to another woman led to her downward spiral into depression, opium addiction, and death at age 43

1802 – Elijah P. Lovejoy born, American Presbyterian minister, newspaper editor and abolitionist, murdered by a pro-slavery mob in Alton IL during an attack on his press to destroy it and his abolitionist newspaper

1851 – Kentucky marshals abduct abolitionist minister Calvin Fairbank from Jeffersonville, Indiana, and take him to Kentucky to stand trial for helping a slave escape, where he is convicted, and serves 15 years in prison

1853 – Stanford White born, American architect, co-founder McKim, Mead & White; he was murdered in 1906 by Harry Thaw, enraged and obsessed with White’s abuse of Thaw’s wife, Evelyn Nesbit Thaw, one of several teenage girls he seduced and raped; Nesbit had been a 16-year-old chorus girl (probably even younger, as she likely lied about her age to get work) prior to her marriage to Thaw

1854 – Maud Howe Elliott born, American writer, co-author with her sister of a biography of their mother, Julia Ward Howe, the 1917 Pulitzer Prize for Biography winner, first year the prize for biography was given 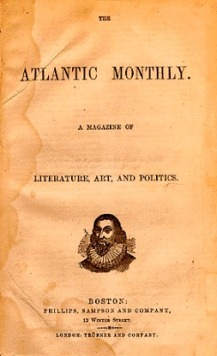 1867 – Shrimad Rajchandra born, an Indian Jain philosopher and poet, spiritual mentor of Mahatma Gandhi. After they met in Mumbai in 1891, they exchanged letters while Gandhi was in South Africa, and his teachings directly influenced Gandhi’s philosophy of non-violence. Rajchandra was an advocate for women’s education; his best-known poem, Atma Siddhi, is a Gujarati short verse poem about the six fundamental truths, or steps, to self-realisation in Jainism 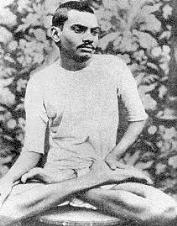 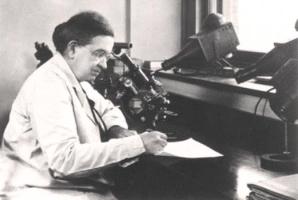 1891 – Louisa E. Rhine born, American doctor of botany, who was initially a research fellow in plant physiology, but became the foremost researcher of spontaneous psychic experiences. After she and her husband, J.B. Rhine, trained with Dr. Walter Franklin Prince of the Boston Society (1926-1927), then moved to Durham, North Carolina, where her husband helped launch Duke University’s parapsychology department. She stopped working in 1928 to raise their adopted son, and was co-founder of the Durham Nursery School, the first nursery school in South Carolina for children of working women, and also helped form the Durham Chapter of the League of Women Voters. In 1948, she returned to academic research, where she took over reading and answering letters from the public about the Duke parapsychology lab, at first part-time, but later she began full-time work researching and analyzing thousands of experiences from letters sent to her, and laying the groundwork for their classification 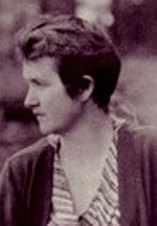 1902 – Anthony Asquith born, English film director and screenwriter; The Winslow Boy, The Browning Version, Pygmalion and The Importance of Being Earnest

1905 – Erika Mann born, daughter of Thomas Mann, German anti-Nazi writer who moved to Switzerland in 1933, then in 1935 entered a marriage of convenience with W.H. Auden to obtain a British passport after her German citizenship was rescinded by the Nazis; her 1938 book, School for Barbarians, criticized the Nazi education system; she worked for the BBC during WWII, broadcasting in German, and after D-Day was a war correspondent traveling with the Allied forces, also covered the Nuremberg trials; after the war, she moved to the U.S., but was branded a Communist during the McCarthy witchhunt, and moved back to Switzerland 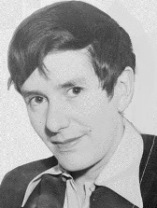 1914 – Hedy Lamarr born in Austria, American film star, and inventor who developed a radio guidance system with composer George Antheil, which used spread spectrum and frequency hopping technology that was twenty years ahead of the time, and became the basis for modern Wi-Fi, CDMA, and Bluetooth technology

1916 – Martha Settle Putney born, American lieutenant and historian who was one of the first black members of the WWII Women’s Army Corps, and chronicled the history of African Americans in the U.S. armed forces

1922 – Dorothy Dandridge born, first black American to be nominated for an Oscar for Best Actress, for her role in the 1954 film Carmen Jones

1923 – James Schuyler born, American poet, playwright and novelist; Pulitzer Prize for Poetry for his 1980 collection Morning of the Poem

1923 – Elizabeth Hawley born, American journalist, and chronicler of Himalayan expeditions from the early 1960s until her death in 2018. Even though she never climbed a mountain, she was respected by the international mountaineering community for her accurate and detailed records; Peak Hawley in Nepal is named for her 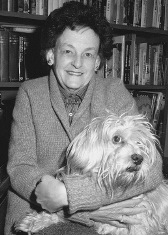 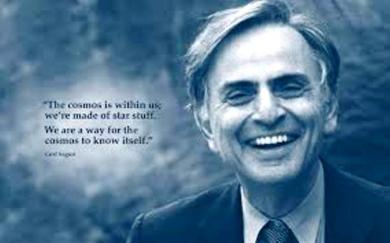 1937 – Roger McGough born, English poet, author and playwright; one of the leading Liverpool poets of the 1960s; The Mersey Sound

1938 – Nazis loot and burn synagogues and Jewish-owned stores and houses in Germany and Austria on Kristallnacht, “night of broken glass” 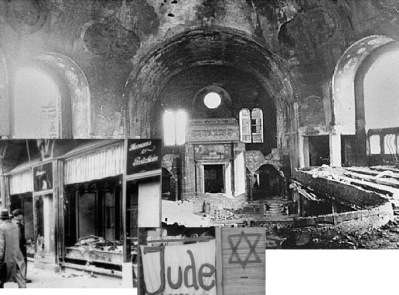 1938 – Ti-Grace Atkinson born, American extreme radical feminist and author; early member of the National Organization for Women, but left NOW because of disputes over abortion, marriage inequalities and heterosexual sex; founder of  The Feminists (1968-1973), advocate of political lesbianism; author of Amazon Odyssey

1940 – The city of Warsaw is awarded Poland’s highest military honor, Order Wojenny Virtuti Militari, for heroism and courage in the face of the enemy

1946 – Dame Marina Warner born, British novelist and historian whose non-fiction works frequently relate to feminism and myth; first woman elected president of the Royal Society of Literature since its founding in 1820

1948 – Jane Humphries born, American-British Professor of Economic History and Fellow of All Souls College at the University of Oxford; her field is economic growth and development and the industrial revolution; Gender and Economics, Childhood and child labour in the British Industrial Revolution

1960 – Robert McNamara becomes the first non-Ford family member to be named president of Ford Motor Company, but he resigns to join the Kennedy administration

1960 – Sara Franklin born, American anthropologist, who combines ethnographic methods and kinship theory with fieldwork on IVF, cloning, embryology and stem cell research, as well as leading major research studies addressing the cultural and social dimensions of new reproductive and genetic technologies; among the first researchers to analyse the forms of social change associated with the introduction of new reproductive technologies in the 1980s 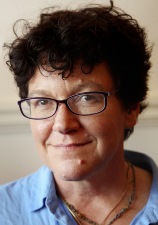 1961 – Jill Dando born, English journalist, newsreader, and presenter of the BBC programme Crimewatch; after working as a print journalist (1980-1985), she worked in regional BBC television (1985-1988), then moved to national television news on BBC1 and BBC2 (1986-1995) before moving to presenting Crimewatch in 1995, and also did episodes of other programmes. She was shot to death on April 26, 1999, outside her home. A local man was convicted and imprisoned for the murder, but was later acquitted after an appeal and retrial. The case remains open 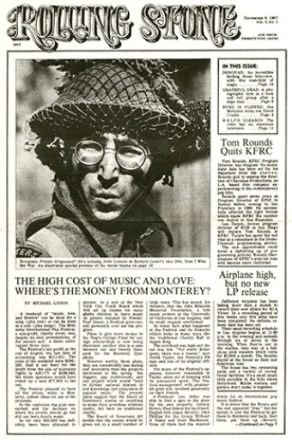 1994 – The chemical element Darmstadtium is discovered

2015 – Egyptian military intelligence detains Hossam Bahgat, noted investigative journalist for Mada Masr and founder of the Egyptian Initiative for Personal Rights, questioning him for over 9 hours on Sunday, November 8, and keeping him in custody. Bahgat is later charged with “publishing false news that harms national interests and disseminating information that disturbs public peace.” He has been an outspoken critic of the military regime, now headed by Abdel Fattah el-Sisi, which overthrew Egyptian President Mohamed Morsi in 2013 and dissolved the Egyptian Constitution of 2012. He was released in November, 2015, with charge against him neither dismissed or pursued. In 2016, the government froze his assets, charging that he illegally accepted foreign funding, then placed him under a travel ban

2016 – The Ear Community Organization starts Microtia Awareness Day, * to bring attention to this birth defect that effects about 1 in every 9,000 children born, which causes deafness and ear deformity. The cause has not been discovered, and research is underfunded, but advancements in bio-ear technology can improve ear appearance

Nona Blyth Cloud has lived and worked in the Los Angeles area for the past 50 years, spending much of that time commuting on the 405 Freeway. After Hollywood failed to appreciate her genius for acting and directing, she began a second career managing non-profits, from which she has retired. Nona has now resumed writing whatever comes into her head, instead of reports and pleas for funding. She lives in a small house overrun by books with her wonderful husband.
View all posts by wordcloud9 →
This entry was posted in 2016 Election, History, Holidays, On This Day and tagged Benjamin Banneker, Erika Mann, Hossam Bahgat, Ivan Turgenev, Martha Settle Putney, Mary Travers, Shrimad Rajchandra. Bookmark the permalink.
Loading Comments...
Comment
×
<span>%d</span> bloggers like this: