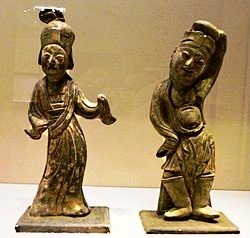 1202 – Fourth Crusade: The Siege of Zara is the first major action of the crusade – an attack on a Catholic city by Catholic crusaders, who need the transport that the city of Venice could provide, but the city’s price is beyond what they can pay. They strike a deal to help the Venetians capture Zara, a constant battleground between Venice and Croatia/Hungary; Pope Innocent III forbids the attack, threatening excommunication, but the Crusader-Venetian coalition takes, then sacks, Zara by November 24

1565 – Robert Devereux, 2nd Earl of Essex, English general and politician, Lord Lieutenant of Ireland; in 1601, he led an abortive coup d’état against the Crown, and was executed for treason, the last person to be beheaded in the Tower of London

1620 – Ninon de l’Enclos born, French author, freethinker and arts patron; her salon attracted the literati of Paris, including a young Molière; she had a series of love affairs with prominent and wealthy men, but they did not support her; however, her lack of discretion and outspoken opinions on religion got her in trouble, and she was imprisoned in the Madelonnettes Convent in 1656, but released when Queen Christina of Sweden interceded on her behalf; in her will, she left money for the 9-year-old son of her accountant so he could buy books – he grew up to be known as Voltaire

1728 – Oliver Goldsmith born, Irish-English playwright, poet and novelist; noted for play, She Stoops to Conquer, and novel, The Vicar of Wakefield

1766 – William Franklin, last colonial governor of New Jersey, signs the charter for Queen’s College (renamed Rutgers University in 1825, after Henry Rutgers whose bond donation got the school out of financial difficulties)

1775 – The U.S. Continental Marines (predecessor to the U.S. Marine Corps) is founded by Samuel Nicolas, who had just been commissioned by the Second Continental Congress as a “Captain of Marines” – he set up a recruiting headquarters at Tun Tavern in Philadelphia, and had enough recruits by January 1776 to make up two battalions of Marines, enough  to man the vessels of the Continental Navy

1793 – A ‘Goddess of Reason’ is proclaimed by the French Convention at the urging of  Pierre Gaspard Chaumette, a radical enragés of the French Revolution who wanted to replace Roman Catholicism with the Cult of Reason

1821 – Cry of Independence * by Rufina Alfaro at La Villa de Los Santos, Panama, setting into motion a revolt which led to Panama’s independence from Spain, becoming part of Colombia

1879 – Vachel Lindsay born, American poet; his poem “The Congo” caused a stir in its day, but seems really racist now

1884 – Zofia Nałkowska born, Polish novelist, dramatist, and essayist; executive member of the Polish Academy of Literature (1933-1939); known for Medaliony (Medallions), a collection of eight stories published in Warsaw in 1946 describing the fate of people who survived the Nazi persecution, based on materials she collected while working at the Central Commission for the Investigation of German Crimes in Poland

1887 – Elisa Leonida Zamfirescu born, Romanian who was one of the first female engineers; at the Geological Institute of Romania, she started as an assistant, but later led several geology laboratories and participated in various field studies, including some that identified new resources of coal, shale, natural gas, chromium, bauxite and copper. She also taught physics and chemistry

1899 – Kate Seredy born in Hungary, Hungarian-American children’s book author and illustrator; she wrote most of her books in English, which was not her first language; noted for The Good Master, a 1936 Newbery Honor Book; The White Stag, winner of the 1938 Newbery Medal and the Lewis Carroll Shelf Award; and The Singing Tree, a 1940 Newbery Honor Book

1904 – The Vaccine Revolt: in Rio de Janeiro, Brazil, civic disorder sparks over efforts since 1902 to rapidly modernize the city’s water and sewer systems, garbage collection and overcrowded tenements to end epidemics of smallpox, bubonic plague and especially Yellow Fever, and high numbers of patients suffering from tuberculosis, measles, typhus  and leprosy. Older buildings and tenements were demolished, to make way for wider streets, gardens and upscale homes and business, while thousands of displaced poor and working-class people were forced into peripheral neighborhoods. Then their lives were further disrupted by invasions of police and sanitary workers to exterminate mosquitos, distribute rat poison, and give all residents mandatory vaccinations, by force if necessary. On November 5, the opposition formed Liga Contra a Vacina Obrigatória (League Against Mandatory Vaccination), and began holding meetings. When a group of young attendees leaving a meeting began arguing with a police officer, they were arrested.  Other league members besieged the police station where the arrestees were taken, and refused to disperse when cavalry officers came in to break up the protest. From November 10 through the 14, Rio de Janeiro was besieged by looting, overturned trams and pulled up track, fires, broken streetlights and poles, and attacks on the federal troops brought in to restore order. The government suspended mandatory vaccinations, and declared a state of siege. The troops succeeded in driving most of the rebels from their strongholds on November 15, but there was still close-quarters fighting in the predominately Afro-Brazilian Saude district until November 18

1911 – California Proposition 4, the most elaborate campaign ever mounted for woman suffrage, succeeds by just 3,587 votes

1918 – The North Sydney Nova Scotia Western Union Cable Office receives a top-secret coded message from Europe (forwarded to Ottawa and Washington, D.C.) saying  on November 11, 1918, all fighting would cease on land, sea and in the air.

1928 – Ennio Morricone born, Italian composer noted for film scores; winner of 2016 Best Original Score Oscar for The Hateful Eight, after he was nominated five previous times in the category

1929 – Marilyn Bergman born, lyricist and songwriter with her husband Alan Bergman, they have three Academy Awards for Best Song

1942 – James Hood born; African American civil rights activist; on the morning of June 11, 1963, Alabama Governor George Wallace blocked Hood and Vivian Malone from entering the Foster Auditorium at the University of Alabama to pay their fees and register for classes; President John F. Kennedy federalized the Alabama National Guard to escort Hood and Malone back in the afternoon, and they were eventually allowed to register at the university

1944 – Tim Rice born, award-winning English lyricist, best known for his collaborations with Andrew Lloyd Webber on Jesus Christ Superstar and Evita, and his songs for the Disney movies Aladdin, Beauty and the Beast, and The Lion King

1947 – The North American Numbering Plan assigns telephone area codes *– large cities are assigned lower numbers for the first and third numbers because with rotary dialers, the higher the number, the longer it takes to dial – giving direct-dial, coast-to-coast service to the U.S.

1950 – Debra Hill born, American film producer and screenwriter whose best-known films are in the horror and action genres; The Fog, Halloween II and Halloween III 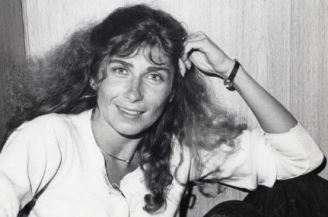 1951 – Direct-dial, coast-to-coast telephone service begins with a call between the mayors of Englewood NJ, and Alameda CA

1958 – Deborah Cameron born, British linguist, professor in Language and Communication at Worcester College, Oxford; her interests are in sociolinguistics and linguistic anthropology, and the relationship of language to gender and sexuality; author of Verbal hygiene, and The Myth of Mars And Venus: Do Men and Women Really Speak Different Languages?

1960 – Neil Gaiman born, English author of fantasy and science fiction, often with a darkly comic edge; he has won numerous awards, including the Hugo, Nebula, and Bram Stoker awards, and the Newbery and Carnegie medals; noted for American Gods, Stardust, Coraline and The Ocean at the End of the Lane

1961 – The satirical anti-war novel, Catch-22 by Joseph Heller, is published 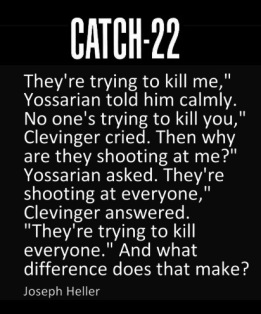 1971 – Nikki Karimi born, Iranian director, screenwriter and actress; best known for writing and directing To Have or Not to Have, and as director of One Night, screened at the 2005 Cannes Film Festival, Un Certain Regard section 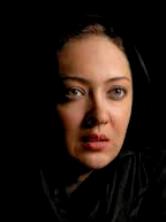 1975 – The 729-foot-long freighter SS Edmund Fitzgerald sinks a Lake Superior storm, killing all 29 crew on board

1995 – In Nigeria, playwright and environmental activist Ken Saro-Wiwa and eight others from the Movement for the Survival of the Ogoni People (MOSOP), are hanged by government forces 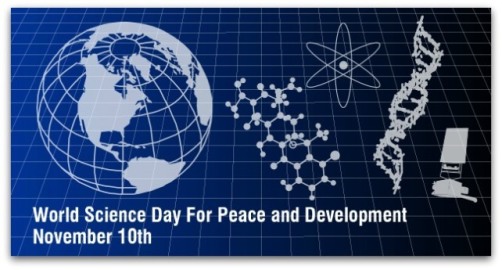 2005 – Two mass graves were found by construction workers at the former South African Defence Force base, Eehana, in northern Namibia. The bones are suspected to belong to South West African People’s Organisation fighters, possibly killed in the so-called ‘Nine Day War’ in 1990, near the end of South Africa’s occupation of Namibia

2006 – The National Museum of the Marine Corps in Quantico, Virginia is dedicated by U.S. President George W. Bush, who announces that Marine Corporal Jason Dunham will posthumously receive the Medal of Honor

2008 – Over five months after landing on Mars, NASA declares the Phoenix mission concluded after communications with the lander are lost

2013 – The Hawaiian House of Representatives passes a bill granting same-sex marriage, 30-19. The Hawaiian Senate had already passed an earlier version of the bill, and Governor Neil Abercrombie indicated he would sign the measure into law

2014 – The film The Hunger Games premieres in London

Nona Blyth Cloud has lived and worked in the Los Angeles area for the past 50 years, spending much of that time commuting on the 405 Freeway. After Hollywood failed to appreciate her genius for acting and directing, she began a second career managing non-profits, from which she has retired. Nona has now resumed writing whatever comes into her head, instead of reports and pleas for funding. She lives in a small house overrun by books with her wonderful husband.
View all posts by wordcloud9 →
This entry was posted in History, Holidays, On This Day and tagged Ennio Morricone, Neil Gaiman, Nikki Karimi, Ninon de l'Enclos, Noemi Gerstein, Oliver Goldsmith, Zofia Nałkowska. Bookmark the permalink.