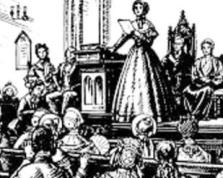 Stick Out Your Tongue Day

Ancient Rome celebrated the religious festival Lucaria, the “Festival of the Grove” but little is known about it now. Even the deity being honored is unknown. If the ritual for grove-clearing recorded by Cato the Elder is related to Lucaria, the invocation was deliberately anonymous 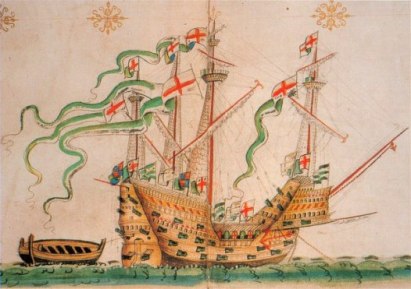 1595 – Johannes Kepler has an epiphany, while demonstrating for students the periodic conjunction of Saturn and Jupiter, about regular polygons and circles as the geometrical basis of the universe, but it doesn’t quite work, so he begins experimenting with 3-dimensional polygons; in 1596, he publishes Mysterium Cosmographicum (The Cosmographic Mystery), the first published defense of the Copernicus Theory 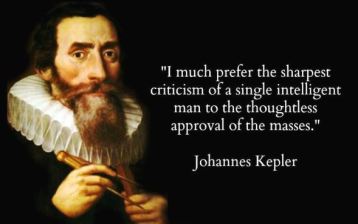 1674 – The Court of Holland bans the works of Baruch Spinoza, Thomas Hobbes and Lodewijk Meyer, which assert the right of individuals to think for themselves, and to question religious beliefs

1701 – Representatives of the Iroquois Confederacy sign the Nanfan Treaty with John Nanfan, acting colonial governor of New York, ceding title to vast acres of land to English King William III; much of the land had already been claimed by New France and its Algonquian allies, neither of which recognize the treaty

1759 – Marianna Auenbrugger born, Austrian pianist and composer, a student of Joseph Haydn and Antonio Salieri; Salieri publishes Auenbrugger’s Keyboard Sonata in E-flat at his own expense 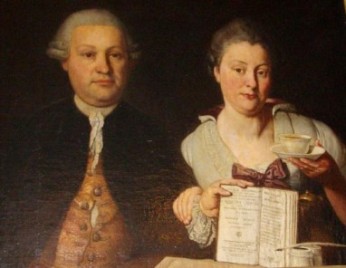 Painting by unknown artist titled Leopold Auenbrugger and his wife Marianna – and what an odd
painting it is – all the symbolic features are on her side, yet how awkwardly she holds up the open book, while his hand seems to be pressing down on her arm hard enough to make her lean toward him, but her head is subtly tilted away from him, and a teacup (symbol of domesticity?) appears from the left in a hand that doesn’t look at all like her right hand – he appears to be in candlelight, while she is in daylight, so they must have been painted separately at different times of day

1817 – Mary “Mother” Bickerdyke born, served in the Civil War as a Union hospital nurse and administrator, working during nineteen battles in field hospitals 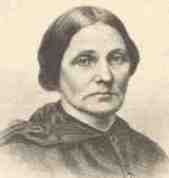 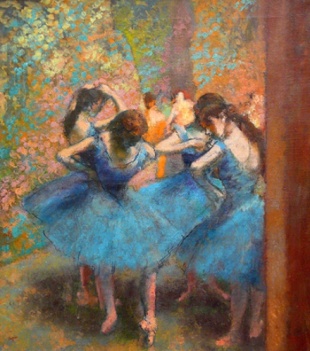 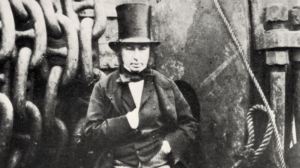 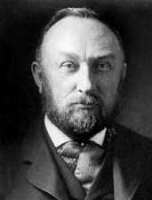 1848 – Seneca Falls Opening Day * – the first day of the Woman’s Rights Convention at Seneca Falls, NY, a joint vision of Lucretia Mott and Elizabeth Cady Stanton, both abolitionists, who met at the 1840 World Anti-Slavery Convention in London. When women were barred from the convention floor, their common indignation at this discrimination became the impetus for their founding of the women’s rights movement in the United States. Organizers for the Seneca Falls convention included Martha Wright, Mary Ann McClintock and Jane Hunt. The first day was women-only. On the second day, men were also invited to attend so they could hear the speakers, including key-note speaker Lucretia Mott

1875 – Alice Dunbar Nelson born of mixed-race parents, American novelist, poet, essayist and teacher; civil rights and woman’s suffrage activist; part of the Harlem Renaissance;
co-editor of the Wilmington Advocate (1920-1921), a progressive black newspaper in Delaware, where she began writing regular columns and articles for many publications, but often had to fight to get attribution and payment for them

1896 – A. J. Cronin born, Scottish novelist and physician; The Citadel and The Keys to the Kingdom are his best-known novels

1900 – The Paris Metro opens its first line for service

1909 – Balamani Amma born, prolific Indian poet who wrote in Malayalam; she was the recipient of the Padma Bhushan (Republic of India’s third-highest civilian honor), the Sarawati Samman, a literary award for her poetry collection Nivedyam, and the  Ezhuthachan Puraskaram, the highest literary honor given by the Kerala Sahitya Akademi, Government of Kerala. Some of her poems were translated by her daughter, notable Indian English-language author Kamala Surayya, who often used the pen name Madhavikutty 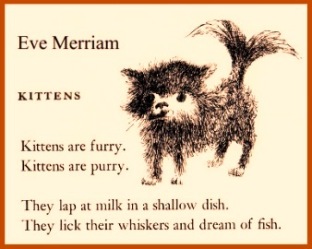 1921 – Rosalyn Sussman Yalow born, American medical physicist, co-recipient with Roger Guillemin and Andrew Schally of the 1977 Nobel Prize in Physiology and Medicine (second woman laureate in the category) for the development of the radioimmuno assay (RIA) technique. RIA is a radioisotope tracing technique which allows measurement of tiny quantities of biological substances in human blood and other aqueous fluids. It brought about a revolution in biological and medical research, and was applied by the laureates to studying  the physiology of the peptide hormones insulin, ACTH, growth hormone. It also threw light upon the pathogenesis of diseases caused by abnormal secretion of these hormones, and opened new directions in diabetes research.

1921 – Elizabeth Spencer born, American novelist and short story writer; Fire in the Morning, The Light in the Piazza, Starting Over; she was honored with the 2007 PEN/Malamud Award for Short Fiction, the 1992 John Dos Passos Award for Literature, and was a five-time winner of the O. Henry Award for short fiction

1922 – Rachel Isum Robinson born, African American registered nurse; in 1957, went back to school for a master’s degree in psychiatric nursing from New York University; researcher and clinician in the Department of Social and Community Psychiatry at Albert Einstein College of Medicine; Assistant Professor at Yale School of Nursing; Director of Nursing at the Connecticut Mental Health Center; married to baseball great Jackie Robinson from 1946 until his death in 1972; founder of the Jackie Robinson Development Corporation, a low-to-moderate housing development company, and its president (1972-1982); founder in 1973 of the Jackie Robinson Foundation a non-profit providing educational opportunities for minority students 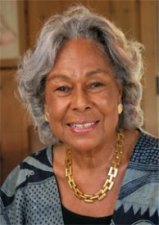 1923 – Insulin is introduced in the U.S. as a treatment for Diabetes 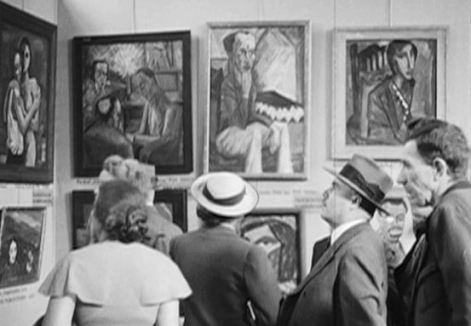 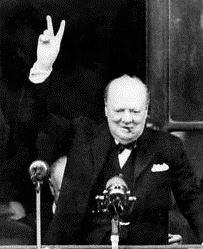 1941 – Neelie Kroes born, Dutch People’s Party for Freedom and Democracy (VVD) politician, served in the Netherlands House of Representatives (1981-1986), and as Undersecretary (1977-1981), then Minister (1982-1989), of Transport, Public Works and Waste Management. Chancellor of Nyenrode Business University (1991-2000). European Commissioner for Competition (2004-2010), which is the merger authority for the European Economic Area, responsible for upholding anti-trust laws (she has had conflict-of-interest issues, which seem to be almost the rule rather than the exception among European Commissioners); European Commissioner for Digital Agenda (2010-2014) 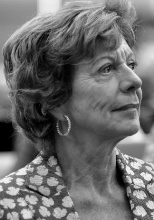 1942 – The North American premiere of Dmitri Shostakovich’s Symphony #7 is broadcast from New York City by the NBC Symphony Orchestra conducted by Arturo Toscannini; often called ‘the Leningrad Symphony’ because Shostakovich dedicated the work to his home town (called St. Petersburg at the time of his birth), which he wrote during the WWII 900-day Siege of Leningrad

1945 – Paule Baillargeon born, French Canadian film director and actress; nominated for a Genie Award (Canada’s Oscars) for Best Director for her 1993 film Le Sexe des étoiles (The Sex of the Stars); won the Genie award for Best Supporting Actress for her performance as Gabrielle in the 1987 film I’ve Heard the Mermaids Singing 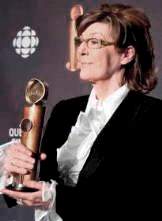 1946 – Lucas Malan born, South African writer, poet, literary critic, editor, textbook author and academic. He wrote principally in Afrikaans. Malan taught at the Jeppe High School for Boys, then was a lecturer at Technikon Witwatersrand. In 1987, he became head of the Department of Afrikaans at the Johannesburg College of Education. He published seven collections of poetry, and a number of academic papers 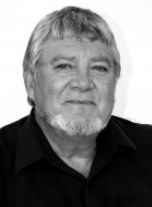 1949 – Harry Belafonte begins recording his first sessions for Capitol Records, including “They Didn’t Believe Me” 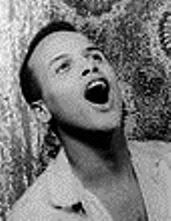 1956 – Secretary of State John Foster Dulles announces that the United States is withdrawing its offer of financial aid to Egypt for the construction of the Aswan Dam on the Nile River, officially because of “difficulties” in arranging the financial details with the Egyptian government, but motivated by antagonism toward Egyptian leader Gamal Abdel Nasser and his outspoken attacks on Western colonialism. This also causes a rift in American-British relations, as the two allies were to partner in funding the project. The Soviet Union rushes to Egypt’s aid, and the dam is built without U.S. assistance, a major American diplomatic blunder

1969 – Neil Armstrong, Buzz Aldrin and Michael Collins, aboard NASA’s Apollo 11, go into orbit around the moon 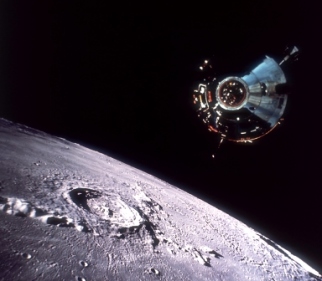 1970 – Nicola Sturgeon born, Scottish politician; current First Minister of Scotland and Leader of the Scottish National Party, both since 2014; Depute (deputy) First Minister of Scotland (2007-2014); Cabinet Secretary for Infrastructure, Investments and Cities (2012-2014); Cabinet Secretary for Health and Wellbeing (2007-2012); Deputy Leader of the Scottish National Party (2004-2014); Scottish Parliament Member (since 1999); feminist, campaigner for women’s and LGBT rights, and gender equality. She received both criticism and praise for being the Honorary Grand Marshall of the Glasgow Pride Parade during the July 14-15 2018 weekend instead of meeting with Donald Trump, especially since she mentioned in her speech at the march that she was “a wee bit tickled” by reports that Trump hates her and was “bitching” about her to Theresa May, adding “I suppose I should take it as a compliment. I certainly don’t spend that much time talking about him.” She also praised Blair Wilson, a 21-year-old gay man who was beaten up when he asked people who were shouting abuse at him, “Why?” Wilson posted an account of the attack with a selfie of his bloodied face smiling defiantly on Facebook. Sturgeon praised him for speaking up and said Wilson showed values that should define the country 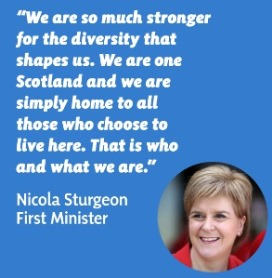 1976 – The Sagarmāthā National Park is established in the Himalayas of eastern Nepal and includes Mount Everest; it is classified as an Important Bird and Biodiversity Area (IBA) by Birdlife International; Sagarmāthā translates into English as “sky head” 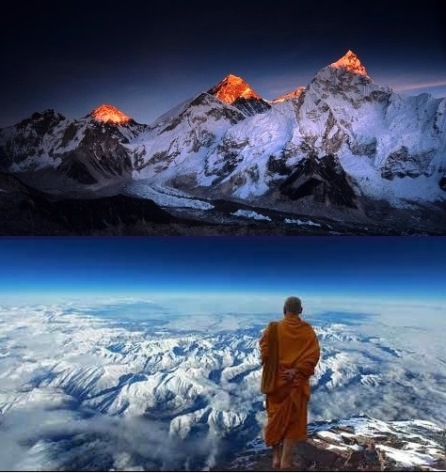 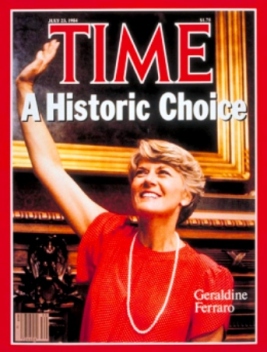 2011 – Summoned by British lawmakers for a three-hour grilling, Rupert Murdoch says he is humbled and ashamed, but takes no responsibility for wrongdoing in a phone hacking and bribery scandal at one of his tabloids, claiming only that he trusted the wrong people

2014 – A Florida jury slammed R.J. Reynolds with $23.6 billion in punitive damages; in a lawsuit filed by the widow of a longtime smoker, Reynolds was charged with knowingly selling a dangerous product, hiding tobacco risks from the public, and targeting children and teenagers with their advertising 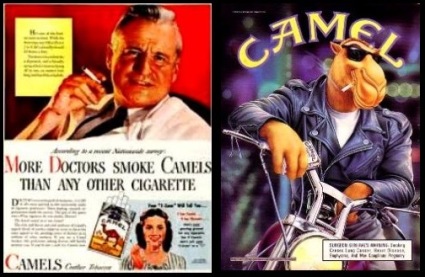 2016 – After a failed military coup in Turkey, President Recep Erdogan began pushing lawmakers to reinstate the death penalty, which Turkey abolished in 2004. About 20,000 police officers, civil servants, members of the judiciary, and army personnel were detained or suspended after the coup attempt on July 15, 2016

Nona Blyth Cloud has lived and worked in the Los Angeles area for the past 50 years, spending much of that time commuting on the 405 Freeway. After Hollywood failed to appreciate her genius for acting and directing, she began a second career managing non-profits, from which she has retired. Nona has now resumed writing whatever comes into her head, instead of reports and pleas for funding. She lives in a small house overrun by books with her wonderful husband.
View all posts by wordcloud9 →
This entry was posted in History, Holidays, On This Day and tagged Alice Dunbar Nelson, Balamani Amma, Dr Charles Mayo, Edgar Degas, Harry Belafonte, Lucretia Mott, Rosalyn Sussman Yalow. Bookmark the permalink.
Loading Comments...
%d bloggers like this: