TCS: Coping With Crisis – Lift Every Voice and Sing 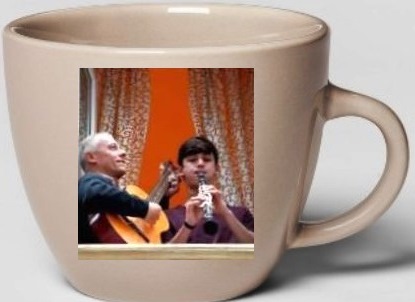 Lift every voice and sing
Till earth and heaven ring

Italians have been singing and playing music from their balconies across the country, trying to keep up their spirits and express solidarity during Italy’s nationwide lock-down caused by the Covid-19 pandemic. Italy is one of the hardest-hit countries, with officials reporting that the death toll there had reached 1,809 yesterday.

Italians also expressed their appreciation of the medical personnel who are struggling to care for an overwhelming number of patients, by singing and clapping to thank them for the long and grueling hours they are working.

So I was inspired to post these poems, which offer hope:

The Gift to Sing

Sometimes the mist overhangs my path,
And blackening clouds about me cling;
But, oh, I have a magic way
To turn the gloom to cheerful day—
I softly sing.

And if the way grows darker still,
Shadowed by Sorrow’s somber wing,
With glad defiance in my throat,
I pierce the darkness with a note,
And sing, and sing.

I brood not over the broken past,
Nor dread whatever time may bring;
No nights are dark, no days are long,
While in my heart there swells a song,
And I can sing.

James Weldon Johnson (1871-1938), American author, poet, civil rights activist, and diplomat. Theodore Roosevelt appointed him as U.S. consul in Venezuela and Nicaragua (1906-1913). He was among the leaders of the National Association for the Advancement of Colored People, and worked for the NAACP beginning in 1917. He became the organization’s first black executive director (1920-1930). As a writer, he is associated with the Harlem Renaissance. In 1934, he was the first African-American hired as a professor at New York University. His poetry collections include Fifty Years and Other Poems, and God’s Trombones: Seven Negro Sermons in Verse.

We were made to understand it would be
Terrible. Every small want, every niggling urge,
Every hate swollen to a kind of epic wind.

Livid, the land, and ravaged, like a rageful
Dream. The worst in us having taken over
And broken the rest utterly down.

A long age
Passed. When at last we knew how little
Would survive us—how little we had mended

Or built that was not now lost—something
Large and old awoke. And then our singing
Brought on a different manner of weather.

Then animals long believed gone crept down
From trees. We took new stock of one another.
We wept to be reminded of such color.

Tracy K. Smith (1972 – ) African American poet, winner of the 2012 Pulitzer Prize for Poetry for her book, Life on Mars. She was U.S. Poet Laureate (2017-2019). Her other books of poetry include The Body’s Question; Duende; and Wade in the Water. Her 2015 memoir, Ordinary Light, was a finalist for the National Book Award in Nonfiction, and was named as one of the best books of the year by The New York Times and The Washington Post.

your life is your life
don’t let it be clubbed into dank submission.
be on the watch.
there are ways out.
there is light somewhere.
it may not be much light but
it beats the darkness.
be on the watch.
the gods will offer you chances.
know them.
take them.
you can’t beat death but
you can beat death in life, sometimes.
and the more often you learn to do it,
the more light there will be.
your life is your life.
know it while you have it.
you are marvelous
the gods wait to delight
in you.

Charles Bukowski (1920-1994), born Heinrich Karl Bukowski in the Wiemar Republic, German-American poet, novelist and short story writer whose father was an American serving in Germany after WWI. His family moved to the U.S. in 1923, and settled in Los Angeles, California. He was bullied at school for his heavy German accent, and his father frequently beat him, so he became a heavy drinker while still in his early teens. Bukowski didn’t become a full-time writer until he was in his late forties, when he accepted an offer from John Martin at Black Sparrow Press. Among his many poetry collections are Love Is a Dog from Hell; War All the Time; You Get So Alone at Times That It Just Makes Sense; and The Roominghouse Madrigals

I should be glad of loneliness
And hours that go on broken wings,
A thirsty body, a tired heart
And the unchanging ache of things,
If I could make a single song
As lovely and as full of light,
As hushed and brief as a falling star
On a winter night.

“Compensation” from Collected Poems by Sara Teasdale, © 1996 by Buccaneer Books

Sara Teasdale (1884-1933) was born in St. Louis, Missouri into a devout family. She was in poor health as a child, and was home-schooled until she was nine. At age 23, Teasdale published her first poetry collection, Sonnets to Duse, and Other Poems (1907).  She traveled frequently to Chicago, and became part of Harriet Monroe’s circle. (Monroe was the founding publisher in 1912, and long-time editor, of Poetry magazine) Teasdale married in 1914, and moved with her husband to New York City in 1916. In 1918, she won the Columbia University Poetry Society Prize (which became the Pulitzer Prize for Poetry) and the Poetry Society of America Prize for Love Songs, which had appeared in 1917. Between 1911 and 1930, she published six volumes of poetry, including Flame and Arrow; Dark of the Moon; and Stars To-night. Her husband’s constant travel for business led to her filing for divorce in 1929. She lived alone as a semi-invalid, until she committed suicide in January, 1933. Her final book, Strange Victory, was published posthumously.

I’ve heard it in the chillest land –
And on the strangest Sea –
Yet – never – in Extremity,
It asked a crumb – of me.

“Hope is the thing with feathers (314)” from The Poems of Emily Dickinson, edited by R. W. Franklin – Harvard University Press, 1999

Emily Dickinson (1830-1886) America’s best-known woman poet and one of the nation’s greatest and most original authors, lived the life of a recluse in Amherst Massachusetts. She wrote nearly 1800 poems, ignoring the traditional poetic forms prevailing among most of the other poets of her day. The extent of her work wasn’t known until after her death, when her younger sister Lavinia discovered her huge cache of poems

Nona Blyth Cloud has lived and worked in the Los Angeles area for the past 50 years, spending much of that time commuting on the 405 Freeway. After Hollywood failed to appreciate her genius for acting and directing, she began a second career managing non-profits, from which she has retired. Nona has now resumed writing whatever comes into her head, instead of reports and pleas for funding. She lives in a small house overrun by books with her wonderful husband.
View all posts by wordcloud9 →
This entry was posted in Poetry, The Coffee Shop and tagged Charles Bukowski, Coping With Crisis - Lift Every Voice and Sing, Emily Dickinson, James Weldon Johnson, Sara Teasdale, TCS, Tracy K Smith. Bookmark the permalink.
%d bloggers like this: