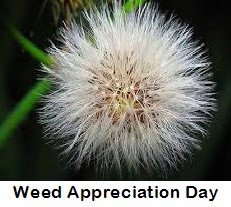 Something on a Stick Day

Japan – Sen no Rikyū Commemoration
(Rikyū, Master of the Way of Tea)

193 – Roman Emperor Pertinax is assassinated by the Praetorian Guards, who then sell the throne in an auction to Didius Julianus

845 – Paris is sacked by a fleet of Viking raiders who sail up the River Seine; Charles the Bald pays the huge sum of 7,000 livres (5,670 pounds) in silver to get them to leave

931 – Liu Chengyou born, named Emperor Yin posthumously, last emperor of the Later Han dynasty, who ruled from 948 to 951, when he was killed in the confusion as the army of General Guo Wei attacked the capital, after the teenaged emperor had Guo Wei’s entire family executed

1097 ? – Atsïz born, the Sunni Muslim Shah of Khwarezm from 1127 to 1156. Khwarezm covered most of what is now Turkey, and parts of Turkmenistan and Afghanistan 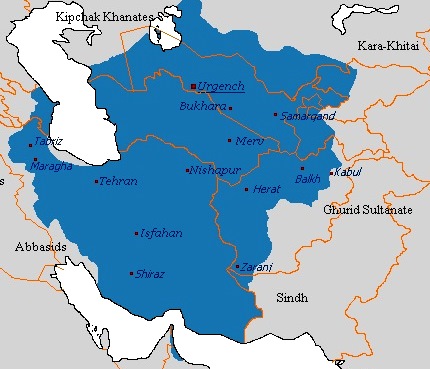 Mehrangarh Fortress at Jodhpur, started in 1459

1592 – Teachers’ Day * in the Czech Republic and Slovakia honors Jan Amos Konesky aka Comenius, Moravian teacher born this day; believes in education for girls as well as boys, opposes corporal punishment, introduces books in the children’s native language instead of Latin, adds pictures to books for children, emphasizes logical thinking over rote memorizing

1613 – Borjigit Bumbutai born, of the Khorchin Mongol Borjigit clan, one of the five consorts of Emperor Hong Taiji of the Qing dynasty; during the reign of her grandson, the Kangxi Emperor, whom she had raised after his mother died,  she had significant influence in the imperial court and was respected for her political wisdom and insight. Honored as Grand Empress Dowager Xiaozhuang

1708 – Hannah Glasse born, English cookery author; noted for The Art of Cookery Made Plain and Easy, a bestseller which was originally published anonymously but remained in print well into the 19th century. It contained the first known curry recipe written in English. She also coined the name Yorkshire pudding. Her other books, The Servants’ Directory, and The Compleat Confectioner, were not as successful, and her dressmaking enterprise after her husband died ran deeply into debt. She went bankrupt in 1754 and was forced to sell the copyright of The Art of Cookery to a booksellers’ syndicate, which held the rights for the next fifty years 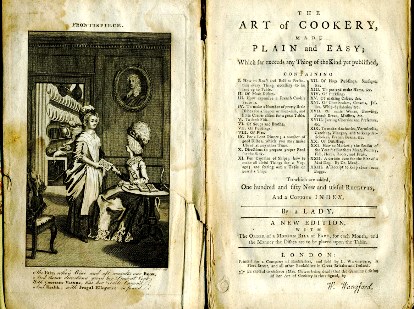 1743 – Yekaterina Vorontsova-Dashkova born, Russian courtier, academic, author and art patron; major figure of the Russian Enlightment, and part of the coup d’etat that put Empress Catherine the Great on the throne in 1762. She was the first woman in the world to head a national academy of sciences and helped to found the Russian Academy, where she oversaw the compilation of a Russian dictionary. She wrote drama, edited a monthly magazine, and also maintained a volumnious correspondence with notable figures of the day, including British actor-manager David Garrick and Benjamin Franklin, who invited her to become the first woman member of the American Philosophical Society, and also the only woman member for its first 80 years 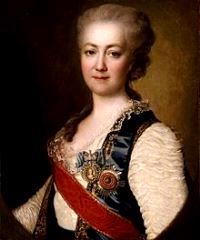 1774 – British Parliament passes the Coercive Acts against Massachusetts, closing the port of Boston until damages are paid for the Boston Tea Party; restriction of Massachusetts town meetings; changes the governor’s council to appointees; makes British officials immune from criminal prosecution in Massachusetts; makes colonists responsible for costs of housing and quartering British troops on demand, even in peacetime – if no other housing is available, they must take troops into their homes

The Presidio, 1843 sketch by a Swedish visitor

1794 – Formal opening of the Louvre in Paris 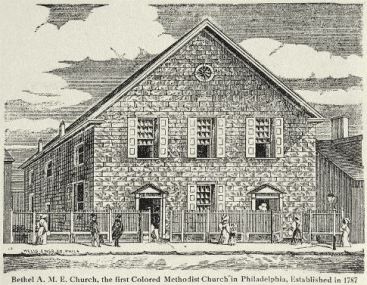 1834 – A first: the U.S. Congress censors President Andrew Jackson for refusing to turn over documents relating to the running battle between the President and Congress over the Bank of the United States, dismantled by Jackson, who vetoes legislation to renew its charter, but Congress musters votes to overturn the veto; Jackson then orders the Treasury to disperse all federal funds to individual state banks, and refuses the Senate’s demand to see his cabinet’s papers; Both Houses join in censuring Jackson for assuming power not conferred on the president by the Constitution

1845 – Mexico drops diplomatic relations with the U.S. over annexation of Texas and subsequent border dispute

1895 – Ángela Ruiz Robles born, Spanish teacher and inventor; wanting to lighten the weight of textbooks carried by her students, she made a device out of a series of text and illustrations on reels, all under a sheet of magnifying glass with a light for reading in the dark, with spoken descriptions of each topic, mechanical precursor to the electronic book

1906 – Dorothy Knowles born in South Africa, British academic and expert on French theatre, author of French Drama of Inter-War Years 1918-39 and The Censor, the Drama and the Film, which was against censorship; also a pioneer and champion in British women’s fencing, and founder of the Liverpool University fencing club (1936) 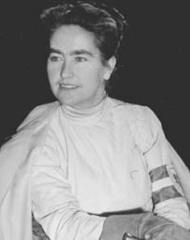 1912 – Marina Raskova born, Russian navigator, instrumental in the formation of combat regiments of women who were pilots, support staff and engineers

1922 – Grace Hartigan born, American Abstract Expressionist painter of the ‘New York School’; noted for her exploration of what she called ‘empty rituals’ including a series based on mannequins dressed in bridal gowns

1924 – Byrd Baylor born, American novelist, essayist, author of children’s books and text for picture books, including four Caldecott Honor books: The Desert is Theirs; Hawk, I’m Your Brother; When Clay Sings and The Way to Start a Day 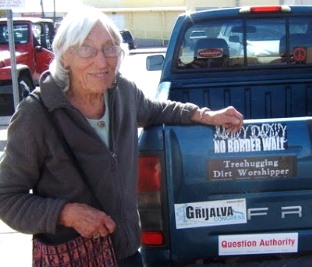 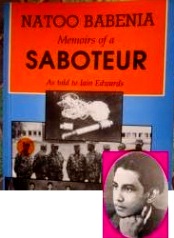 1927 – Vina Mazumdar born, Indian academic, feminist and major figure in India’s women’s movement; pioneer in women’s studies programs in India; secretary of the first Committee on the Status of Women in India that brought out the first report on the condition of women in the country, Towards Equality (1974); founding director of the Centre for Women’s Development Studies (CWDS), an autonomous organisation established in 1980, under the Indian Council of Social Science Research (ICSSR); Memories of a Rolling Stone

1927 – Marianne Fredriksson born, Swedish author and journalist; noted for The Book of Eve; Simon and the Oaks and According to Mary Magdalene

1931 – Guatemala becomes a signatory to the Buenos Aires copyright treaty

1968 – “Whiskey On A Sunday” is recorded by the Irish Rovers

1968 – Iris Chang born, daughter of Taiwanese emigrants, American journalist and historical nonfiction author; Thread of the Silkworm, The Rape of Nanking: The Forgotten Holocaust of World War II and The Chinese in America

1969 – Greek poet and diplomat Giorgos/George Seferis makes a speech on BBC radio against the military junta in control of Greece: “…It has been almost two years now that a regime has been imposed on us which is totally inimical to the ideals for which our world — and our people so resplendently — fought during the last world war.…I am a man without any political aﬃliation, and I can therefore speak without fear or passion. I see ahead of me the precipice toward which the oppression that has shrouded the country is leading us. This anomaly must stop. It is a national imperative…”

1970 – Jennifer Weiner born, American screenwriter, television producer and novelist; In Her Shoes; vocal critic of gender bias in both the publishing industry and the media

1971 – Christianne Meneses Jacobs born, Nicaraguan writer, publisher, editor and bi-lingual teacher; her family came to America when she was 17 years old. She is co-founder in 2005 with her husband of Iguana, a Spanish language educational magazine for children ages 7-12, which would the 2009 Multicultural Children’s Publication Award from the National Association for Multicultural Education, and ¡YO SÉ! (I Know!), a Spanish language children’s magazine featuring pop culture and young Latinos making a difference in society, which debuted in 2008

1977 – Lauren Weisberger, American author; best known for her 2003 bestseller, The Devil Wears Prada, largely based on her 10-month experience as an assistant to Vogue magazine editor-in-chief Anna Wintour 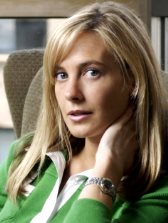 1979 – Twelve days after the premiere of the nuclear disaster movie The China Syndrome, there is a major nuclear accident at Three Mile Island, in Middletown, Pennsylvania

1979 – The World Campaign against Military and Nuclear Collaboration with South Africa is launched in Oslo, Norway, supported by the UN Special Committee against Apartheid. Abdul Samd Minty was the initiative’s director

1986 – Lady Gaga born as Stefani Germanotta, American singer-songwriter, one of the best-selling music artists in history. Also known for her philanthropy and activism, including donating the proceeds from her January 2010 Radio City Music Hall concert as well as that day’s profits from her online store to the Haitian reconstruction relief fund, a total of $500,000, and donated $1.5 million from sales of a bracelet she designed to the Japan relief fund after the devastating 2011 Tōhoku earthquake and tsunami.  She is also a member of Artists Against Fracking, donated $1 million to the American Red Cross for victims of Hurricane Sandy, and has raised over $202 million to fight HIV and AIDS. Her music was banned by the Chinese government as the work of a ‘hostile foreign force’ after she appeared with the Dalai Lama at the 2016 U.S. Conference of Mayors to talk about the power of kindness and compassion

1989 – For the first time, the America’s Cup sailing trophy is won in a courtroom instead of on the water – New Zealand beats Stars and Stripes in a New York courtroom

2000 – Weed Appreciation Day * is launched to point out the usefulness of weeds in our gardens like dandelions (entirely edible for wildlife and humans) and milkweed, which is a favorite of the threatened Monarch butterfly

2006 – Over two million union members, students and the unemployed take to the streets all over France protesting the government’s proposed Contrat Première Embauche (First Employment Contract law), which would extend the “trial period” for employees under age 26 to two years, during which they could be dismissed without cause 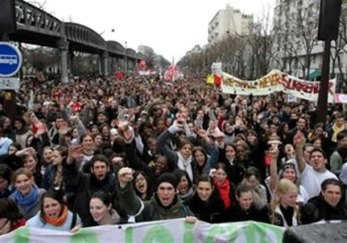 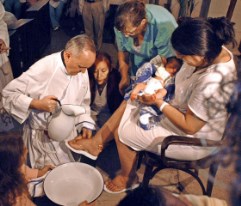 2015 – Indiana’s Republican Governor Mike Pence said his state would move to “clarify” the intent of a controversial so-called religious freedom law that critics contend will allow businesses to discriminate against gays. “I support religious liberty, and I support this law,” Pence told the Indianapolis Star. “But we are in discussions with legislative leaders this weekend to see if there’s a way to clarify the intent of the law.” The law, to go into effect in July, 2015, bars the state from enacting legislation that could “substantially burden” the ability of people and businesses to practice their religious beliefs

2017 – The Republican-controlled House of Representatives voted to roll back landmark internet privacy protections put in place by the Obama administration. In a party-line vote, Republicans removed the limitations imposed last year on what internet service providers, such as Verizon, AT&T, and Comcast, can do with data on customers’ browsing history, app usage, and other personal information. The Senate has already approved the legislation dropping the protections, which were scheduled to take effect this year, so it went to Trump, who signed it. Internet providers are now able to sell the data on users’ online activity without their permission

2018 – National Triglycerides Day * is founded to encourage people to learn about this key factor in heart health, and to find out about their triglyceride numbers

Nona Blyth Cloud has lived and worked in the Los Angeles area for the past 50 years, spending much of that time commuting on the 405 Freeway. After Hollywood failed to appreciate her genius for acting and directing, she began a second career managing non-profits, from which she has retired. Nona has now resumed writing whatever comes into her head, instead of reports and pleas for funding. She lives in a small house overrun by books with her wonderful husband.
View all posts by wordcloud9 →
This entry was posted in History, Holidays, On This Day and tagged Clara Lemlich, Iris Chang, Jan Amos Konesky, Jesse Owens, Laura Chinchilla, Robert Goddard, Vina Mazumdar. Bookmark the permalink.
Loading Comments...
Comment
×
%d bloggers like this: