There may be times when we are powerless
to prevent injustice, but there must never
be a time when we fail to protest.

Sometimes it’s not possible for me to make a coherent whole, a scribbling with a clear and obvious Theme. There are too many thoughts whirling in my head, too many impressions from Out There, resulting in less obvious connections.

The violence in the news this past week was not from protesters, but from police and military units called out to deal with a nation-wide outpouring of We the People fed-upedness:

So here’s my shattershot for a remarkable and memorable week,

In a dark place
In a dark time

Start with black.
Stop. Soak up its energy.

Remember the circle
However bent and broken.

Guide your every impulse.
Support those who falter.

Steer by our fixed star:
No Justice, No Peace.

Jim Haba, American poet, painter, professor and festival organizer, was born in a small farming town in the state of Washington. He was the founding director of the Geraldine R. Dodge Poetry Festival and its driving force from 1986 through 2008, a venue where poets and poetry lovers, from all over North America, came together in Waterloo, New Jersey. The festival became the largest poetry event in the U.S. In 1995, he edited the best-selling book The Language of Life, which included poems by and interviews with poets featured at the 1988 and 1994 Dodge Poetry Festivals.

The next two poems are from one of my favorite websites: One Sentence Poems, http://www.onesentencepoems.com/osp/ .
The descriptions of the poets are supplied by themselves.

Time to Cool Down

I realized how much this situation has changed me
while watching some dumb movie and there was this
scene where a woman moves towards a man slowly
as the music lets you know that this is the moment
when they come together and become a something
and their lips are almost touching and I’m thinking
my god, how can they be doing this when neither of
them has gargled or taken a swab test and don’t
they realize this isn’t something people just do
anymore without precautionary measures
or better yet a twenty-year marriage?

To get back home Ian Willey has to take a flight from Tokyo to Chicago and then transfer to Greensboro, NC, when the planes are flying.

Whenever we meet on the street
you cross to one side
and I cross to the other,
both of us nervously smiling
through our stylish
flower masks,
or waving, a little shyly,
with our purple nurse’s gloves
while
from the ends
of their short nylon leashes
our spiky little terriers snarl
and growl at each other, knowing
something’s up.

Joan Dobbie co-hosts (on ZOOM) the River Road Reading Series and loves when you purchase her The Language of Stone (2019) or her earlier Woodstock Baby, A Novel in Poetry (2013), both available on Amazon.

The next two poems prove the Past is always part of the Present. The first poem was written in 2013, during the Syrian War.

We Lived Happily During the War

And when they bombed other people’s houses, we

protested
but not enough, we opposed them but not

enough. I was
in my bed, around my bed America

I took a chair outside and watched the sun.

lived happily during the war.

“We Lived Happily During the War” from Deaf Republic, © 2019 by Ilya Kaminsky –  Graywolf Press

Ilya Kaminsky (1977 – ) was born in Odessa, then in the USSR, now in Ukraine. He is hard of hearing due to contracting mumps at the age of four. His family was granted political asylum by the United States in 1993 due to anti-semitism in Ukraine. He started to write poems in English in 1994. Kaminsky’s first book in English, Dancing in Odessa (Tupelo Press, 2004), won the 2005 Whiting Award for Poetry. His collection, Deaf Republic, was published in 2019.

We were supposed to do a job in Italy
and, full of our feeling for
ourselves (our sense of being
Poets from America) we went
from Rome to Fano, met
the mayor, mulled
a couple matters over (what’s
a cheap date, they asked us; what’s
flat drink). Among Italian literati

we could recognize our counterparts:
the academic, the apologist,
the arrogant, the amorous,
the brazen and the glib—and there was one

administrator (the conservative), in suit
of regulation gray, who like a good tour guide
with measured pace and uninflected tone narrated
sights and histories the hired van hauled us past.
Of all, he was the most politic and least poetic,
so it seemed. Our last few days in Rome
(when all but three of the New World Bards had flown)
I found a book of poems this
unprepossessing one had written: it was there
in the pensione room (a room he’d recommended)
where it must have been abandoned by
the German visitor (was there a bus of them?)
to whom he had inscribed and dated it a month before.
I couldn’t read Italian, either, so I put the book
back into the wardrobe’s dark. We last Americans

were due to leave tomorrow. For our parting evening then
our host chose something in a family restaurant, and there
we sat and chatted, sat and chewed,
till, sensible it was our last
big chance to be poetic, make
our mark, one of us asked
“What’s poetry?”
Is it the fruits and vegetables and
marketplace of Campo dei Fiori, or
the statue there?” Because I was

the glib one, I identified the answer
instantly, I didn’t have to think—”The truth
is both, it’s both,” I blurted out. But that
was easy. That was easiest to say. What followed
taught me something about difficulty,
for our underestimated host spoke out,
all of a sudden, with a rising passion, and he said:

The statue represents Giordano Bruno,
brought to be burned in the public square
because of his offense against
authority, which is to say
the Church. His crime was his belief
the universe does not revolve around
the human being: God is no
fixed point or central government, but rather is
poured in waves through all things. All things
move. “If God is not the soul itself, He is
the soul of the soul of the world.” Such was
his heresy. The day they brought him
forth to die, they feared he might
incite the crowd (the man was famous
for his eloquence). And so his captors
placed upon his face
an iron mask, in which

he could not speak. That’s
how they burned him. That is how
he died: without a word, in front
of everyone.
And poetry—
(we’d all
put down our forks by now, to listen to
the man in gray; he went on
softly)—
poetry is what

he thought, but did not say.

Heather McHugh (1948 – ), American poet and translator, was born in San Diego, California, to Canadian parents, but grew up in Gloucester Point, Virginia, where her father directed the marine biological laboratory on the York River. She became a freshman at Harvard at age 17.  Hinge & Sign: Poems 1968-1993 won the Bingham Poetry Prize of the Boston Book Review and was named by the New York Times Book Review as a Notable Book of the Year. Her other poetry collections include The Father of the Predicaments; Eyeshot; and Upgraded to Serious.

Fabbio Doplicher (1938-2003) was an Italian poet, performance artist and literary critic. Doplicher’s poetry collection La rappresentazione (‘The Performance’) won the Premio Montale in 1985, and Compleanno del millennio (‘Birthday of the Millennium’) won the Premio Pellegrino in 2001. Some of his poetry has been translated, and published as  Selected Poems, English translation by Gaetano A. Iannce, with a revision by Ruth Feldman. 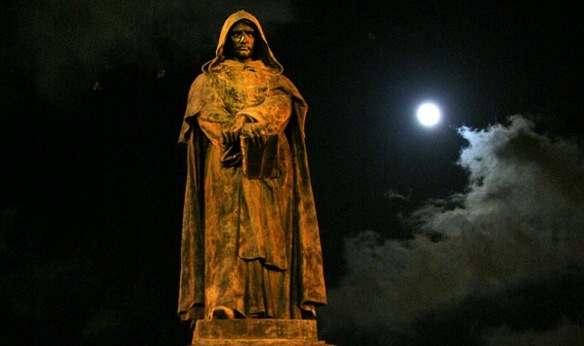 Nona Blyth Cloud has lived and worked in the Los Angeles area for the past 50 years, spending much of that time commuting on the 405 Freeway. After Hollywood failed to appreciate her genius for acting and directing, she began a second career managing non-profits, from which she has retired. Nona has now resumed writing whatever comes into her head, instead of reports and pleas for funding. She lives in a small house overrun by books with her wonderful husband.
View all posts by wordcloud9 →
This entry was posted in Poetry, The Coffee Shop and tagged Elie Wiesel, Fabbio Doplicher, Heather McHugh, Ian Willey, Ilya Kaminsky, Jim Haba, Joan Dobbie, TCS: Scattershot Confrontations in a Plague Year. Bookmark the permalink.
Loading Comments...
Comment
×
%d bloggers like this: