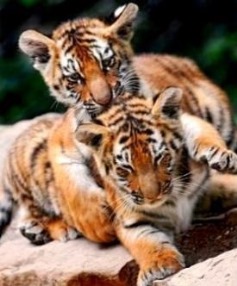 Judaism – Tisha B’Av (2020) begins at sundown, ends tomorrow evening at sundown – commemorates the destruction of the First and Second Temples in Jerusalem and several other calamities which have befallen the Jewish people

587 BC – The army of Neo-Babylonian Empire King Nebuchadnezzar II breaches the walls of Jerusalem after a 30-month siege, ravages most of the city, and destroys the First Temple

615 – Thirteen-year-old K’inich Janaab Pakal I becomes Ajaw (Lord) of the Maya city-state of Palenque; he will rule until 683, the longest recorded reign in the Americas

1030 – Norwegian King, Olav the Holy, falls in the battle at Stiklastað, and each year on that day, commemorated as Norway’s patron saint – Saint Olav’s Day *

1166 – Henry, Count of Champagne, born; French nephew of Richard the Lionheart, joined the Third Crusade in 1190. In 1192, he married Queen Isabella I of Jerusalem, eight days after she became the widow of Conrad of Montferrat (Conrad was assassinated before he could be crowned as King). Henry became Henry I, King of Jerusalem. He died in 1197, after falling out of a palace window

Battle of Gravelines, by Nicholas Hilliard

1742 – Isabella Graham born in Scotland, American philanthropist and educator, leader in founding the Society for the Relief of Poor Widows, the Orphan Asylum Society and the Society for Promoting Industry among the Poor

1775 – Army Chaplain Corps Anniversary * – The Continental Congress authorizes one chaplain for each regiment of the Continental Army, with pay equaling that of a captain; many militia regiments also count chaplains among their ranks

1848 – The Tipperary Revolt against British rule, part of the Young Ireland nationalist movement, takes place during Irish Potato Famine, but is quickly put down by the police

1869 – Booth Tarkington born, American novelist and dramatist; won the Pulitzer Prize for Fiction in 1919 for The Magnificent Ambersons, and again in 1922 for Alice Adams

1887 – Sigmund Romberg born in Hungary, American composer-conductor of musicals and operettas; The Student Prince and The Desert Song

1896 – Maria L. de Hernandez born, Latina activist, first Mexican woman radio announcer. Co-founder of Asociación Protectora de Madres in 1933, which helped expecting mothers, including providing financial aid if needed. She was a vocal opponent against injustice and inequality, speaking out for both the Mexican American and African American communities

1900 – Owen Lattimore born, American author and expert on China, especially Mongolia; his role as a consultant to the U.S. State Department was ended by Senator Joseph McCarthy’s unfounded charge that Lattimore was a Russian espionage agent

1900 – Teresa Noce born, Italian labor leader, founding member of the Italian Communist Party, politician, journalist and feminist. Noce was editor of Il Grido del Popolo (The Cry of the People), where she called for better working conditions and the abolition of the Special Tribunals used to imprison anti-Fascists. In the 1950s, she served as a member of the Chamber of Deputies, where she was aligned with Unione Donne Italiane (Italian Women’s Union), advocating for broad social legislation benefiting working women. Their efforts won the passage of a law in 1950 which protected the jobs of working mothers and gave five months of paid leave to working pregnant women

1905 – Clara Bow born, American silent film star known as “The It Girl” for her role as the spunky shopgirl in the 1927 film It, but also appeared in Wings the same year, which won the first Academy Award for Best Picture.  Her films were consistent box office hits, and she successfully made the transition to talking pictures, but in 1931, she married, retired from acting and became a rancher in Nevada. She began to suffer from chronic insomnia and became socially withdrawn. In 1944, her husband was running the U.S. House of Representatives, and she tried to commit suicide, writing a note that she preferred death to a public life. She complained of abdominal pains, which were written off as delusional, underwent shock treatment  and a battery of psychological tests, and was labeled schizophrenic, even though she had no auditory or visual hallucinations, considered a major symptom of the disease at the time. She checked herself out, and moved into a bungalow in Culver City, with a full-time nurse to care for her. In 1965, she died at age 60 of a heart attack. Atherosclerosis was discovered in an autopsy, a narrowing of the arteries caused by plaque buildup, which in later stages can cause kidney problems, chest pains, nausea, and arrhythmias

1905 – Dag Hammarskjold born, Swedish economist and diplomat; the second UN Secretary-General (1953-1961), regarded by some as the most effective Secretary-General in UN history; awarded the 1961 Nobel Peace Prize, one of only four people to be honored with a Nobel Prize posthumously, after he was killed in an airplane crash on his way to cease-fire negotiations in the Congo

1930 – Paul Taylor born, American dancer and innovative modern dance choreographer; founder (1954) and artistic director of the Paul Taylor Dance Company; Twyla Tharp was a member of his company (1963-1965); elected in 1989 as an honorary member of the American Academy and Institute of Arts and Letters; recipient of Kennedy Center Honors in 1992

1932 – Nancy Landon Kassebaum born, Republican Senator from Kansas (1978-1997), the first woman to represent Kansas in the U.S. Senate, instrumental in creation of Tallgrass Prairie National Preserve; noted for co-sponsoring the bi-partisan Kennedy-Kassebaum Health Insurance Portability and Accountability Act with Democratic Senator Edward Kennedy; was a strong supporter of anti-apartheid measures against South Africa in 1980s, and traveled to Nicaragua as an election observer.

1940 – Betty W. Harris born, African American chemist, noted for work on the chemistry of explosives at the Los Alamos National Laboratory; patented a spot test for detecting 1, 3, 5-triamino-2, 4, 6-trinitrobenzene (TATB) in the field. Harris was chief of chemical technology for Solar Turbine Inc., where she managed the technical laboratories and investigated cold-end corrosion of super alloys, which was caused by sulfuric acid and soot in gas turbine engines. She also worked on hazardous waste treatment and environmental remediation; American Chemical Society member 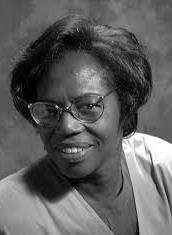 1940 – Solita Collas-Monsod born, aka “Mareng Winnie,” Filipina broadcaster, economist, academic and writer; Director General of the National Economic Development Authority (1986-1989); Professor Emeritus at the University of the Philippines School of Economics, where she has taught since 1963; member of the UN Committee for Development Planning (UNCDP – 1987-2000)

1946 – Ximena Armas born, Chilean painter, who lives in Paris; notable for the symbolism and mysterious quality of her artwork 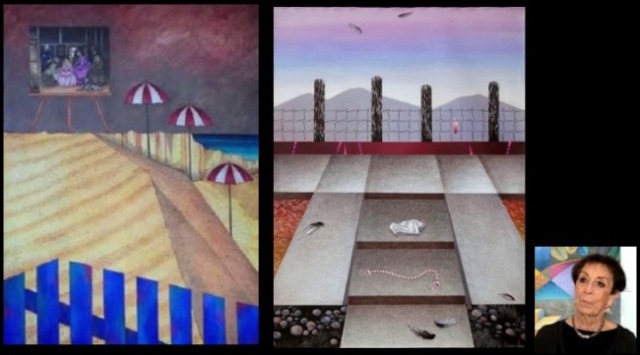 1948 – Summer Games: The Games of the XIV Olympiad, held after a hiatus of 12 years caused by WWII, open in London

1951 – Susan Blackmore born, British writer, lecturer and broadcaster, whose fields of research include memes, evolutionary theory, psychology, parapsychology, and consciousness; best known for her book, The Meme Machine; PhD in parapsychology – her thesis was titled “Extrasensory Perception as a Cognitive Process,” but after years of experiments, she has become a skeptic

1952 – Marie Panayotopoulos-Cassiotou born, Greek politician; Member of the European Parliament (2004-2009) with the New Democracy, part of the conservative-centrist European People’s Party coalition; was Vice Chair of the EP’s Committee on Petitions, and seated on the Committee on Employment and Social Affairs, and the Committee on Women’s Rights and Gender Equality 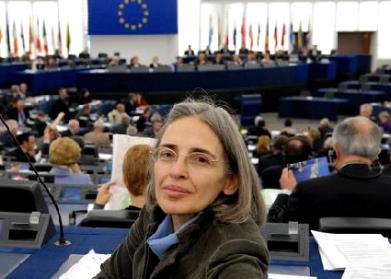 1953 – Ken Burns born, American documentary filmmaker; his best-know work is his ground-breaking historical series The Civil War, but he is also known for Baseball; Jazz; The National Parks: America’s Best Idea; and The Vietnam War; won multiple Emmys for The Civil War, and its music won a Grammy Award; Emmy Awards for Outstanding Series for Baseball and The National Parks; and two Academy Award nominations, for Brooklyn Bridge, and Statue of Liberty

1963 – Julie Elliott born, British Labour politician; Member of Parliament for Sunderland Central since 2010; vice-chair of the All-Party Parliamentary Group on State Pension Inequality for Women; previously a regional organiser for the Labour Party (1993-1998) and for the National Asthma Campaign and the GMB Trade Union

1970 – Adele Griffin born, American young adult author, noted for The Unfinished Life of Addison Stone; Sons of Liberty; and Where I Want to Be

1974 – The U.S. Episcopal Church ordains eleven women as priests. Initially opposed by the House of Bishops, the ordinations received approval from the General Convention of the Episcopal Church in September 1976

1978 – Bidisha, born as Bidisha Bandyopadhyay, daughter of Indian emigrants; British filmmaker, broadcaster and journalist, covering international affairs, social justice issues, arts and culture, and international human rights; contributor to The Guardian and The Huffington Post, presenter for the BBC on Woman’s Hour, The Word and other programmes; author of Beyond the Wall and other nonfiction; does outreach work in UK detention centres and prisons for the English affiliate of PEN International; launched her filmmaking career in 2017, directing the short, An Impossible Poison 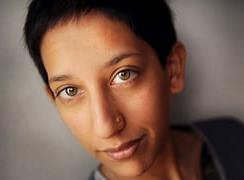 2005 – Palomar Observatory astronomers announce the discovery of Eris, a dwarf planet roughly the same size as Pluto, in solar orbit 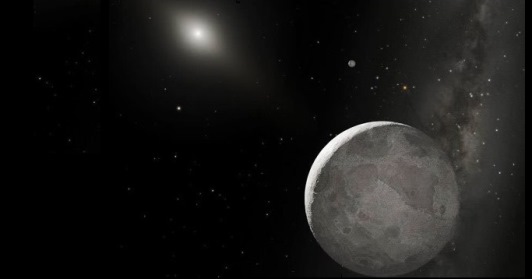 2008 – U.S. Senator Ted Stevens, (Republican-AK), is indicted on seven felony counts of concealing more than a quarter of a million dollars in house renovations and gifts he received from a powerful oil contractor (A judge later dismisses the case, saying prosecutors had withheld evidence)

2010 – International Tiger Day * is created at the Saint Petersburg Tiger Summit to promote a global system for protecting the natural habitats of tigers and support for tiger conservation issues. In 2018, the World Wildlife Federation estimated that the world population of tigers in the wild was approximately 3900. Almost 60% of the remaining tigers in the wild are in India 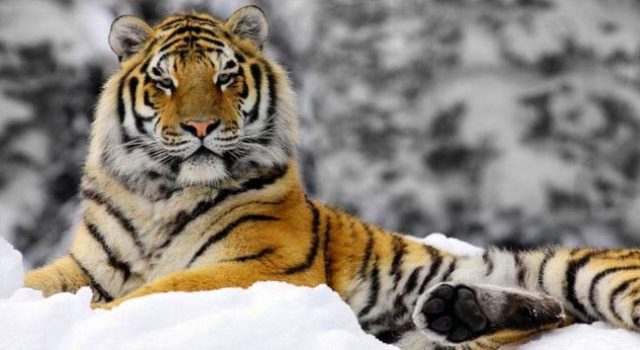 2014 – Concussion lawsuit: NCAA to pay $70 million for head injury study, but $0 for treatment, so injured players must sue their colleges separately

2017 – China made a show of its military might in a parade at the Zhurihe training base in the Inner Mongolia region. Chinese President Xi Jinping attended the event celebrating the 90th anniversary of the founding of the People’s Liberation Army (PLA), which he leads as chair of the Central Military Commission. The parade came amid saber rattling by China’s ally, North Korea, and the United States

2018 – A midwife training centre in Jalalabad, Afghanistan, was attacked by militants, who killed two guards and a driver, and wounded at least eight others. The attackers set off explosives and fired gunshots at the centre. One of the attackers was killed while detonating a bomb, and a second attacker was killed by Afghan security forces, who gained control after a gunfight lasting over six hours. There was no immediate claim of responsibility, but Islamic State extremists have carried out numerous attacks in the area, and the Taliban has also caused some incidents. Both groups opposed women working outside the home, and some individual midwives have been attacked before. Afghanistan has one of the highest maternal and child mortality rates in the world, and a number of centres have opened to train midwives in recent years

Nona Blyth Cloud has lived and worked in the Los Angeles area for the past 50 years, spending much of that time commuting on the 405 Freeway. After Hollywood failed to appreciate her genius for acting and directing, she began a second career managing non-profits, from which she has retired. Nona has now resumed writing whatever comes into her head, instead of reports and pleas for funding. She lives in a small house overrun by books with her wonderful husband.
View all posts by wordcloud9 →
This entry was posted in History, Holidays, On This Day and tagged Betty W. Harris, Bidisha, Dag Hammarskjold, Ken Burns, Maria L. de Hernandez, Mikis Theodorakis, Solita Collas-Monsod. Bookmark the permalink.