601 – Ali ibn Abi Talib born, first cousin and son-in-law of Muhammad, the first male to accept Islam, and the first Imam of the Shia Muslims. He ruled as the 4th caliph (656-661) of the Rashidun Caliphate, and important to both Shia and Sunni Muslims

994 – Battle of Orontes is won by forces of Manjutakin, the Fatimid vizier of Damascus, over allied armies of the Byzantine Empire and Hamdanids, led by Michael Bourtzes, attempting to relieve the Fatamid siege of Apamea near the Orontes River in Syria 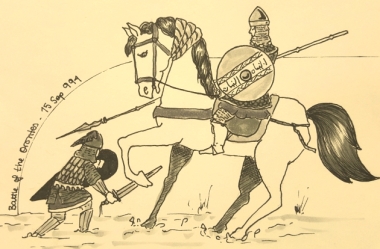 1440 – Gilles de Montmorency-Laval, Baron de Rais, is arrested, after Jean de Malestroit, Bishop of Nantes, accuses him of murdering dozens of children after committing sodomy and torture on them between 1432 and 1440; he is one of the earliest known serial killers, and was executed on October 26, 1440

1505 – Mary of Austria born, Queen consort of Hungary and Bohemia as the wife of King Louis II (1515-1526) until his death. He died while retreating after the disastrous Battle of Mohács in which nearly the entire Hungarian army was killed by the much larger army of Suleiman I of the Ottoman Empire. Queen Mary governed Hungary as regent for her brother, Ferdinand I, from 1526 to 1527, and then was appointed by her  brother, Holy Roman Emperor Charles V, as Governor of the Habsburg Netherlands (1531-1555). She strived unsuccessfully for peace in the Netherlands, but Charles ignored both the problems she described in letters to him, and often ignored her warnings of trouble. She was forced to wage war against France in 1537, and to deal with the Revolt of Ghent between 1538 and 1540. Mary’s appointment as Governor of the Netherlands was renewed in 1540, after the revolt in Ghent had been subdued. When Charles decided to abdicate as emperor in 1555, and leave the government of the Netherlands to his son Philip, Mary announced her resignation. Both Charles and Philip urged her to remain, but she refused, and her resignation was finally accepted. She retired to Turnhout (now part of Belgium) for a year, then moved to Castile to be near her recently widowed sister Eleanor. But Eleanor died in 1558, and Mary was considering resuming governship of the Netherlands when Charles died in September the same year, and the news caused her to have two severe heart attacks. Mary died in October 1558. In her will, she asked that her heart-shaped medallion, once worn by her husband, be melted down and the gold distributed to the poor 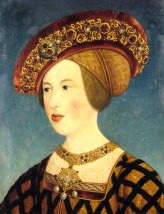 1810 – Grito de Dolores * (Cry of Dolores) – In the town of Dolores, Roman Catholic priest Miguel Hidalgo y Costilla rang the bell of his church and gave the  pronunciamiento (call to arms) that triggered the Mexican War of Independence

1835 – Charles Darwin, aboard HMS Beagle, arrives at the Galápagos Islands

1846 – George Franklin Grant born, the first African American professor at Harvard, in the department of mechanical dentistry, a practicing dentist, and inventor of a wooden golf tee

1857 – William Howard Taft born, the only person to serve as both U.S President and Chief Justice of the Supreme Court

1857 – Anna Winlock born, American astronomer, and one of “the Harvard computers” who made her era’s most complete catalogue of stars near the north and south poles, and contributed substantial work to the Astronomishcen Gesellschaft. Also remembered for calculations and studies on asteroids 433 Eros and 475 Oclio. Computers worked seven hours a day, six days a week, for 25¢ or 30¢ an hour, and the amount wasn’t raised for decades. 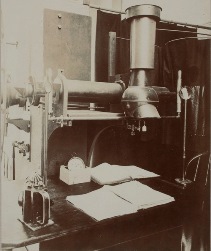 1858 – Jenő Hubay born, Hungarian violinist and composer; He was the head of the department of violin studies at the Brussels Music Institute (1882-1886)

1868 – Lida Shaw King born, American classical scholar; professor of classical literature and archaeology at Vassar (1894-1897); dean of the Women’s College at Brown University (1905-1922); published in the American Journal of Archaeology

1876 – Frank Gannett born, American newspaper publisher, called the “Great Hyphenator” because he frequently bought two not-very-successful newspapers in an area and merged them, beginning with the Elmira Star-Gazette

1883 – The University of Texas at Austin opens

1889 – Claude McKay born in Jamaica, Jamaican-American poet, author and social activist; prominent figure in the Harlem Renaissance; best known for his novel, Home to Harlem, which won the 1928 Harmon Gold Award for Literature 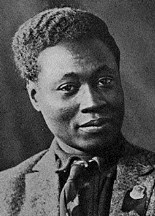 1890 – Agatha Christie born, DBE, British mystery writer and playwright; featured the characters Hercule Poirot and Miss Marple in many of her mysteries

1890 – Sonja Branting-Westerståhl born, Swedish lawyer and politician; one of the first women lawyers in Sweden, specializing in matrimonial law, after working in the Stockholm city legal aid office. She was very active in the 1930s in raising awareness of the dangers of Nazism and totalitarianism. Branting-Westerståhl was a social democrat, and served in the lower house of the Riksdag in 1948. She was also on the executive board of the Social Democrat Women’s Organisation (1936-1952).

1894 – Prudente de Morais is elected as President of Brazil; the first country’s civilian president, the first elected by popular ballot under Brazil’s 1891 Constitution, and first to serve his term in its entirety (1894-1898); previously he had served as President of the Federal Senate (1891-1894), and Governor of the State of São Paulo (1889-1890)

1916 – Tanks are first used in warfare, at the WWI Battle of the Somme

1922 – Mary Soames born as Mary Spencer-Churchill; British author who wrote biographies of members of the Churchill family, and a memoir about her years growing up as the youngest child of Winston and Clementine Churchill 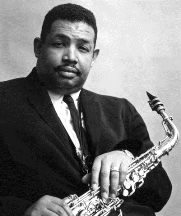 1935 – Nazi Germany enacts the Nuremberg Laws, stripping all German Jews of civil rights, and they adopt the swastika as their official symbol

1936 – Sara J. Henderson born, Australian cattle station owner and author, noted for her autobiography From Strength to Strength  published in 1993 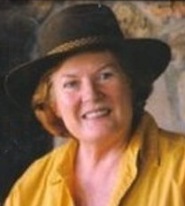 1940 – WWII: The Royal Air Force inflicts heavy losses on the Luftwaffe as the tide turns in the Battle of Britain

1942 – Ksenia Milicevic born in Bosnia-Herzegovina, French painter, architect and town planner. She has lived and worked in Argentina, Spain and Mexico, before settling in France. In 2012, she originated the International Children’s Painting Biennial, and started the Art Resilience movement in 2014 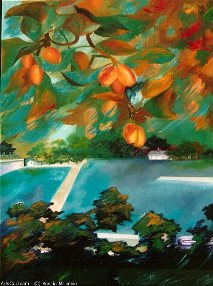 The Large Feasible by Ksenia Milicevic

1947 – Diane E. Levin born, American professor of education, author, and authority on media effects on children; noted for Teaching young children in violent times: building a peaceable classroom and So sexy so soon: the new sexualized childhood, and what parents can do to protect their kids

1955 – Željka Antunović born, Croatian centre-left Social Democratic politician and consultant; leader of the opposition  as acting president of the Social Democratic Party between April and June 2007; first Croatian woman to serve as Minister of Defence (2002- 2003); member of the Croatian Parliament (1995-1999, and 2003-2013). Antunović founded a consulting company upon her retirement from politics

1961 – Helen Margetts born, British political scientist specializing in digital era governance and politics; Director of the Oxford Internet Institute, and Professor of Internet and Society at the University of Oxford

1966 – President Lyndon Johnson, reacting to the sniper shootings at the University of Texas at Austin, urges Congress to enact gun control legislation 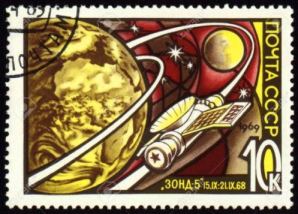 1971 – Greenpeace is founded by 17 activists in Vancouver protesting off-shore nuclear testing in Alaska – In 2011, on the 40th anniversary of Greenpeace, Vancouver city officials plant a yellow cedar tree and proclaim Greenpeace Day *

1977 – Chimamanda Ngozi Adichie born, Nigerian Author of novels, short stories and nonfiction; her work includes the novels Purple Hibiscus, Half of a Yellow Sun, and Americanah, her short story collection The Thing Around Your Neck, and the book-length essay We Should All Be Feminists; awarded a MacArthur Genius Grant in 2008 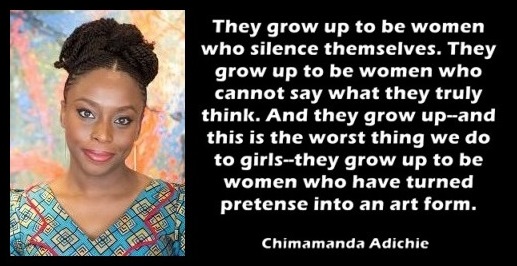 1983 – Huey Lewis and the News release their album Sports

1995 – Closing Day of  the U.N. Fourth World Conference on Women, held in Beijing

2005 – George W. Bush addresses the nation from storm-ravaged New Orleans, acknowledging the government has failed to respond adequately to Hurricane Katrina and urging Congress to approve a massive reconstruction program.

2008 – The first UN International Day of Democracy * proclaimed in 2007 by the General Assembly, in keeping with article 21(3) of the Universal Declaration of Human Rights: “The will of the people shall be the basis of the authority of government; this  shall be expressed in periodic and genuine elections which shall be by universal and equal suffrage and shall be held by secret vote or by equivalent free voting procedures.”

2009 – Terry Shay starts International Dot Day * when he shares The Dot by Peter H. Reynolds with his students, which is the story of a teacher who challenges her insecure student to “Just make a mark and see where it takes you.” 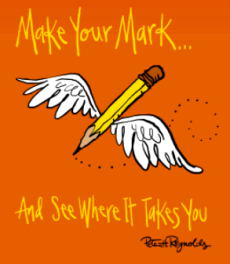 2014 – The inaugural Trail of Tears Day, which commemorates the illegal removal of the Cherokee and other tribes, and their forced march to “Indian Territory” (now Oklahoma). The Cherokee resisted by legal means, taking their case to the U.S. Supreme Court, which ruled that they were a sovereign nation in Worcester vs. Georgia (1832).  President Andrew Jackson ignored the Supreme Court decision, enforced his Indian Removal Act of 1830, and pushed through the Treaty of New Echota, signed on December 29, 1835, by officials of the U.S. government and representatives of a minority Cherokee political faction, the Treaty Party. In 1838 Cherokee people were forcibly taken from their homes, incarcerated in stockades, and forced to walk more than a thousand miles to Indian Territory. More than 4,000 died and many are buried in unmarked graves along “The Trail Where They Cried”

2017 – The Cassini-Huygens probe, a collaborative project of NASA, the European Space Agency and Italian Space Agency, sent to enter Saturn’s orbit and study the planet and its rings; launched in 1997, it was active in space for almost 20 years. On this day it was sent into Saturn’s upper atmosphere to burn up, to prevent any risk of it contaminating Saturn’s moons. The mission had continued nine years past its original end date, exceeding all expectations, and revolutionizing human understanding of the Saturn system

2019 – According to a Phildelphia Inquirer poll, over 66% of respondents said the Supreme Court should not overturn Roe v. Wade, while 33% said Roe v. Wade should be overturned. Antichoice advocates insisted for years that the abortion restrictions they were pushing through Republican-dominated state legislatures were to protect patients. In 2016, the Supreme Court analyzed these claims in Whole Woman’s Health v. Hellerstedt. The verdict? The justices recognized the patient-safety claims for these restrictions were bogus and ruled them unconstitutional. The Hellerstedt loss was a big blow to antichoicers because it exposed their strategy as based on fraud. Forty-six years after Roe, sophisticated global public health data underscores the fact that criminalizing abortion doesn’t end abortion, it only ends safe, legal abortion for women who can’t afford travel to where it is legal. Currently, approximately 68,000 women die of unsafe abortions annually, making it one of the leading causes of global maternal mortality (13%). But since the 2016 U.S. election, at least 20 cases specifically designed to overturn Roe are wending their way through the federal courts toward the conservative-dominated Supreme Court

Nona Blyth Cloud has lived and worked in the Los Angeles area for the past 50 years, spending much of that time commuting on the 405 Freeway. After Hollywood failed to appreciate her genius for acting and directing, she began a second career managing non-profits, from which she has retired. Nona has now resumed writing whatever comes into her head, instead of reports and pleas for funding. She lives in a small house overrun by books with her wonderful husband.
View all posts by wordcloud9 →
This entry was posted in History, Holidays, On This Day and tagged Agatha Christie, Anne Moody, Antoinette Brown Blackwell, Cannonball Adderley, Charles Darwin, Chimamanda Ngozi Adichie, Claude McKay. Bookmark the permalink.