A Prince of Darkness and Election Fraudits

Democracy is like the sun;
it reaches and touches every individual.

Even though we are helpless to change things on a macro scale, we can in our own small ways, align with love and the positive. As we contribute our quota, we are building towards a critical mass which can force change/s for good.
__________________________

“Something has fundamentally changed in the world when one of the leaders of the European Union mentions the American president among the top threats to European unity, along with Russian aggression, radical Islamic terrorism, and civil wars in the Middle East. On Tuesday, European Council President Donald Tusk did just that.” 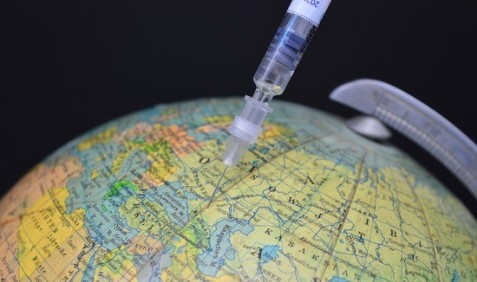 Despite the recently announced results of the Trump-led Arizona ‘fraudit,’ which confirmed the election win of Biden, by an even greater margin; the sham audits are becoming insidiously and heinously, baked into an otherwise painstaking, legitimate, national electoral process. In other words, fraudits have been mainlined into the US domestic body politic; and by necessary implication, the global body-politic. The upshot is that the juggernaut, comprised of democratic nations, aka the free world, has been brutally injected in the jugular, with massive doses of crippling, anaesthetizing, life threatening, poisons.

These egregious aberrations based on the bogus, callous, concoction of the big compound lie, of ‘election fraud’ and a ‘stolen presidency.’ are not without grave ramifications for the world at large. The global fall-out of these open-crimes against democracy, perpetrated in the world’s oldest and most powerful democratic nation, are yet to be seen. The intended outcome of the Machiavellian ploy, is to dienfranchise immensely vast swaths of lawful voters. The injury will be most severe in cobbled- together, hobbled and/or fragile democracies, such as exist in Africa, and other developing regions, of the planet.

The unabated ‘crowning act’ of Trump’s sinister leadership, is his criminal and traitorous attempt, to purloin for himself, a kingdom, and a throne, out of thin air. Unfortunately, there are real world conequences, as would-be dictators are waiting in the wings, watching a master class in political depravity and usurpation; and bad actors will not hesitate to follow his cue. Trump-styled fraudits will not end well for humanity.

Nona Blyth Cloud has lived and worked in the Los Angeles area for the past 50 years, spending much of that time commuting on the 405 Freeway. After Hollywood failed to appreciate her genius for acting and directing, she began a second career managing non-profits, from which she has retired. Nona has now resumed writing whatever comes into her head, instead of reports and pleas for funding. She lives in a small house overrun by books with her wonderful husband.
View all posts by wordcloud9 →
This entry was posted in Poetry and tagged A Prince of Darkness and Election Fraudits, Autocracy, democracy imperiled, global democracy, Irene Fowler, trust in the election process, Uri Friedman. Bookmark the permalink.

5 Responses to A Prince of Darkness and Election Fraudits