People write me from all over the country,
asking me, and sometimes even telling me,
what they think a poet laureate should do.
I found that immensely valuable.

END_OF_DOCUMENT_TOKEN_TO_BE_REPLACED

A Quiet Corner of the Soul

“Silence is like a river of grace inviting us to leap unafraid into its beckoning depths. It is dark and mysterious in the waters of grace. Yet in the silent darkness, we are given new eyes.”

To read Irene’s new poem “A Quiet Corner of the Soul” click:

END_OF_DOCUMENT_TOKEN_TO_BE_REPLACED 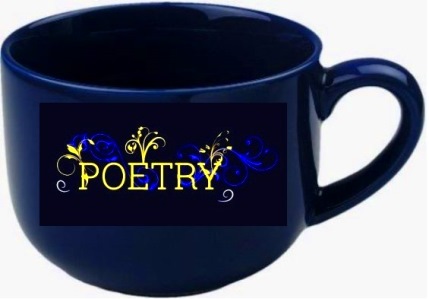 You will find poetry nowhere unless
you bring some of it with you.
– Joseph Joubert

END_OF_DOCUMENT_TOKEN_TO_BE_REPLACED

Russian Oligarchy: Voyage of the Damned

Anna Akhmatova (1889-1966) pen name of the Russian poet Anna Andreyevna Gorenko, who was born in Odessa, to a Ukrainian naval engineer and a mother descended from Russian nobility. She married poet Niklay Gumilev in 1910, but divorced him in 1918. In 1911, she was a co-founder of the Guild of Poets. The guild published her book of verse, Vecher (Evening), in 1912. The book sold out, and secured her reputation as a new and striking young writer. When her second collection, Chetki (Beads, or The Rosary), appeared in 1914, thousands of Russian girls wrote poems in imitation of her style, and she was dubbed “Soul of the Silver Age.”  But in February 1917, the revolution started in Petersburg (then named Petrograd); soldiers fired on marching protestors, and others mutinied. In a city without electricity or sewage service, with little water or food, the people faced starvation and sickness. Some of Akhmatova’s friends died, while others left for Europe and America. Her poems during the years of the world war, revolution, and totalitarian repression in Russia were described as “grim, spare, and laconic.” In 1921, her former husband, Nikolay Gumilev, was named as a conspirator in a monarchist anti-Bolshevik plot, and he was shot along with 61 others. Akhmatova and her son Lev, fathered by Gumilev, were stigmatized. Lev’s later arrest during the purges and terrors of the 1930s was based on being his father’s son.  Akhmatova’s poetry was now denounced as “bourgeois,” reflecting only trivial “female” preoccupations. She was attacked by the state, by former supporters and friends, and seen as an anachronism. During what she termed “The Vegetarian Years,” Akhmatova’s work was unofficially banned by a party resolution of 1925 and she found it hard to publish, though she didn’t stop writing poetry.  She earned a bare living translating works by Victor Hugo, Rabindranath Tagore, Giacomo Leopardi, and writing scholarly works on Pushkin and Dostoyevsky. Many USSR and foreign critics and readers concluded she had died. Her son Lev was denied access to study at academic institutions because of his parents’ alleged anti-state activities. Lev was imprisoned repeatedly by the Stalinist regime, accused of counter-revolutionary activity. She would often queue for hours to deliver him food packages and plead on his behalf.  Her poetry cycle Requiem documents her personal experience of this time.

“For seventeen months I have been screaming,
Calling you home.
I’ve thrown myself at the feet of butchers
For you, my son and my horror.
Everything has become muddled forever –
I can no longer distinguish
Who is an animal, who a person, and how long
The wait can be for an execution.
There are now only dusty flowers,
The chinking of the thurible,
Tracks from somewhere into nowhere
And, staring me in the face
And threatening me with swift annihilation,
An enormous star.”

END_OF_DOCUMENT_TOKEN_TO_BE_REPLACED

“A nation that destroys its soils destroys itself.
Forests are the lungs of our land, purifying the
air and giving fresh strength to our people.”

END_OF_DOCUMENT_TOKEN_TO_BE_REPLACED

The Colour of Civilization

“Tyranny will make an entire population into readers of poetry.”
–Joseph Brodsky

…and when “the future” is uttered, swarms of mice
rush out of the Russian language and gnaw a piece
of ripened memory which is twice
as hole-ridden as real cheese.
After all these years it hardly matters who
or what stands in the corner, hidden by heavy drapes,
and your mind resounds not with a seraphic “doh”,
only their rustle. Life, that no one dares
to appraise, like that gift horse’s mouth,
bares its teeth in a grin at each
encounter. What gets left of a man amounts
to a part. To his spoken part. To a part of speech.

Joseph Brodsky (1940-1996) was born as Iosif Alexandrochich Brodsky, in Leningrad. He left school at age fifteen, taking jobs in a morgue, a mill, a ship’s boiler room, and on a geological expedition. During this time Brodsky taught himself English and Polish, and began writing poetry. His poetry was full of ironic wit and independent thinking, which got him into trouble with the Soviet authorities. Brodsky was also persecuted because his family was Jewish. In 1963, his poetry was denounced by a newspaper as “pornographic and anti-Soviet.” He was tried in 1964 for “parasitism,” condemned to a Soviet mental institution, and later sentenced to five years at Arkhangelsk, an Arctic labor camp. He served 18 months of that sentence, before an international outcry over his imprisonment helped secure his early release.  The Soviet authorities had prevented the woman he loved from marrying him, andhe had to leave her and their son behind when he was exiled in 1972. His poetry was banned in the U.S.S.R. Later, in a poem he described an exiled writer as one “who survives like a fish in the sand.” He was “strongly advised” to emigrate, and came to the U.S. in 1972.  His Less Than One, an essay collection, won the National Book Critics Award for Criticism. In 1987, he was awarded the Nobel Prize for Literature. He was invited back after the fall of the Soviet Union in December 1991, but Brodsky never returned to his homeland. His son came to see him in New York, and they were able to develop a relationship. His poetry collections include A Part of Speech, and To Urania.  Brodsky was appointed as Poet Laureate of the United States and served from 1991 to 1992. He died at age 55 of a heart attack in January of 1996.

To read Irene’s new poem “The Colour of Civilization” click:

END_OF_DOCUMENT_TOKEN_TO_BE_REPLACED

But a weed is simply a plant that wants to grow where
people want something else. In blaming nature, people
mistake the culprit.  Weeds are people’s idea, not nature’s.
– Anonymous

END_OF_DOCUMENT_TOKEN_TO_BE_REPLACED

An Ode To Lost Love

END_OF_DOCUMENT_TOKEN_TO_BE_REPLACED 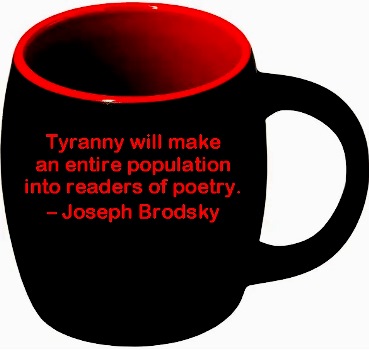 And I walked naked
from the beginning
breathing in
my life,
breathing out
poems,
arrogant in innocence …

– from “A Cloak” by Denise Levertov

END_OF_DOCUMENT_TOKEN_TO_BE_REPLACED

“The International Criminal Court has now launched an investigation into actions in Ukraine at the request of 39 countries. This is an important step in the global condemnation of the Russian invasion.

“Individual states, the European Union and the African Union have been lining up to condemn Russian president Vladimir Putin. Leaders, including Prime Minister Boris Johnson, have already accused Putin of war crimes while backing the ICC’s investigation.”