A Poem for the International Day of Friendship

In 2011, the International Day of Friendship was declared by the UN General Assembly, to be celebrated on July 30, as part of its Programme of Action on a Culture of Peace: “Recognizing the relevance and importance of friendship as a noble and valuable sentiment in the lives of human beings around the world.”

Naomi Shihab Nye (1952 –  ), born in St. Louis, Missouri. Daughter of a father who came to America as a Palestinian refugee, and a born-in-America mother. “I grew up in St. Louis in a tiny house full of large music – Mahalia Jackson and Marian Anderson singing majestically on the stereo, my German-American mother fingering ‘The Lost Chord’ on the piano as golden light sank through trees, my Palestinian father trilling in Arabic in the shower each dawn.” During her teens, Shihab Nye has lived in Ramallah in Palestine, the Old City in Jerusalem, and now lives in San Antonio, Texas, where she earned her BA in English and world religions from Trinity University.

END_OF_DOCUMENT_TOKEN_TO_BE_REPLACED

Alice Duer Miller (1874-1942) was born on July 28, 1874, in Staten Island, New York. She was an American poet, novelist, screenwriter, satirist, and feminist. The New York Tribune published a series of her wonderful satirical poems lambasting the objections to women voting, which were then published in 1915 as a book called Are Women People? Her title became a catchphrase of the women’s suffrage movement.

To read Alice Duer Miller’s poem, “Why We Oppose Votes for Men” click:

END_OF_DOCUMENT_TOKEN_TO_BE_REPLACED 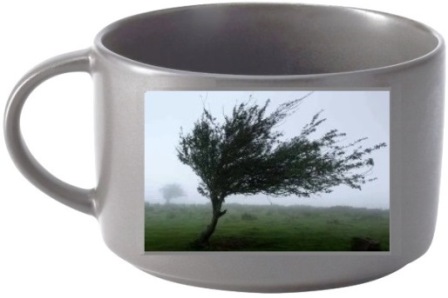 “Poetry is eternal graffiti written
in the heart of everyone.”

END_OF_DOCUMENT_TOKEN_TO_BE_REPLACED

Saundra Rose Maley, American educator, poet, and writer. She teaches at Montgomery College in Maryland. Maley is the author of Solitary Apprenticeship: James Wright and German Poetry; co-editor with Anne Wright of A Wild Perfection: The Selected Letters of James Wright: co-author of The Art of the Footnote: The Intelligent Student’s Guide to the Art and Science of Annotating Texts and The Research Guide for the Digital Age: A New Handbook to Research and writing for the Serious Students. Disappearing Act is Maley’s first book of poems.

END_OF_DOCUMENT_TOKEN_TO_BE_REPLACED

He Tells Her that the Earth is Flat

There are a growing number of people who give the same weight to opinions as they do to facts. And some of them can’t even see any difference between them. It’s disturbing, and dangerous, but also absurd, as Wendy Cope reveals in her poem, ‘Differences of Opinion.”

END_OF_DOCUMENT_TOKEN_TO_BE_REPLACED

Like Loading...
Posted in Humor, Poetry | Tagged Differences of Opinion, Fact vs Opinions, He Tells Her that the Earth is Flat, Wendy Cope | Leave a comment

TCS: To Honor Seneca Falls, Words That Could Only Be Written By Women 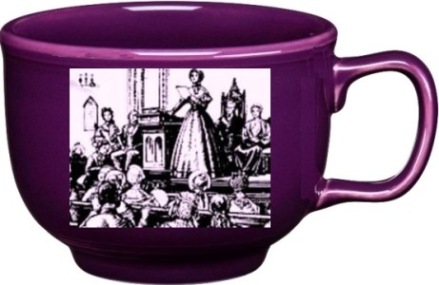 For I conclude that the enemy is not lipstick, but
guilt itself; we deserve lipstick, if we want it, AND
free speech; we deserve to be sexual AND serious—
or whatever we please. We are entitled to wear
cowboy boots to our own revolution.”

END_OF_DOCUMENT_TOKEN_TO_BE_REPLACED

A Poem by Mary Oliver

I don’t know about you, but I’m still trying to adjust to “the new reality” – the struggle to get to a post-Covid19 world. Because the pandemic isn’t over, although a lot of people are trying to pretend that it is.

Mary Oliver (1935-2019 ) was a prolific American poet who was born in Ohio, and won both the National Book Award and the Pulitzer Prize for Poetry. The New York Times called her “America’s best-selling poet.”

Unfortunately, too many Americans think they don’t like poetry. They probably had bad experiences with poetry in school. I had a bad experience with e. e. cummings because of a truly awful English teacher in high school, and I didn’t give him another chance until a several years later, when a friend of mine coaxed me into reading some of her favorite e. e. cummings poems.

If ever there was a poet who could overcome the traumas suffered in bad English classes, it’s Mary Oliver. Her poems are clear and direct, deceptively simple. She connects us with the natural world with a child’s sense of wonder, and the wisdom of a real grown-up.

And I think this particular poem of hers also has something to say about our transitional “new reality.”

END_OF_DOCUMENT_TOKEN_TO_BE_REPLACED

Sharks are one of the oldest species on the planet, with fossil records showing they were cruising our oceans at least 420 million years ago. Modern-day sharks have been around for about 100 million years. By contrast, human beings only evolved about 200,000 years ago.

There are over 500 species of shark, ranging from the tiny dwarf lantern shark, able to fit into the palm of your hand, to the gigantic whale shark (strictly a filter feeder), which can clock in at up to 10 meters (over 32 feet). However, this is nothing compared to the megalodon, a now extinct relation of the modern-day great white, which may have reached sizes of a whopping 20 meters (66 feet)!

Denise Levertov (1923-1997) British-born American poet, known for her anti-Vietnam war poems in the 1960s and 1970s, which also included themes of destruction by greed, racism, and sexism. Her later poetry reflects her conversion to Catholicism. No matter the subject, she was always an acute observer, and wrote with a rare combination of economy and grace. Levertov was the author of 24 books of poetry, as well as non-fiction, and she served as poetry editor of The Nation and Mother Jones. She was honored with the Robert Frost Medal in 1990, and the Lannan Literary Award for Poetry in 1993. In 1997, Levertov died from complications of lymphoma at age 74.

To read “The Sharks” by Denise Levertov, and “Shoal of Sharks” by Richard O’Connell, click:

END_OF_DOCUMENT_TOKEN_TO_BE_REPLACED

“We the mortals touch the metals,
the wind, the ocean shores, the stones,
knowing they will go on, inert or burning,
and I was discovering, naming all these things:
it was my destiny to love and say goodbye.”

END_OF_DOCUMENT_TOKEN_TO_BE_REPLACED

A Fortress from Self Pity: June Jordan and Fannie Lou Hamer

June Jordan (1936-2002) was born on July 9, 1936, in Harlem, New York, the only child of Jamaican immigrant parents. She was a poet, essayist, teacher, feminist, civil rights activist, and self-identified Bisexual. While the students at most of the schools she attended were predominately White, at Barnard College, “No one ever presented me with a single Black author, poet, historian, personage, or idea for that matter. Nor was I ever assigned a single woman to study as a thinker, or writer, or poet, or life force . . . Nothing showed me how I might try to alter the political and economic realities underlying our Black condition in white America.” She left without graduating, but returned later. Her first book, Who Look at Me, a collection of poems for children, was published in 1969. She wrote 27 more books, the last three published posthumously. Jordan was the librettist for the musical Looking at the Ceiling and Then I Saw the Sky. She taught at several colleges and at SUNY at Stony Brook, then founded the Poetry for the People program at UC Berkeley in 1991. She died of breast cancer at age 65.

Fannie Lou Hamer (1917-1977), American civil rights leader, women’s rights activist, community organizer, and spiritual singer. While having surgery in 1961 to remove a tumor, 44-year-old Hamer was also given a hysterectomy without her knowledge or consent by a white doctor; this was a frequent occurrence under Mississippi’s compulsory sterilization plan to reduce the number of poor blacks in the state. Hamer is credited with coining the phrase “Mississippi appendectomy” as a euphemism for the involuntary or uninformed sterilization of black women, common in the South in the 1960s. Hamer was an organizer of the 1964 Freedom Summer in Mississippi. She was extorted, threatened, harassed, shot at, and assaulted by racists, including members of the police, while trying to register and exercise her right to vote. She later helped and encouraged thousands of African-Americans in Mississippi to become registered voters and helped hundreds of disenfranchised people in her area through her work in programs like the Freedom Farm Cooperative. She unsuccessfully ran for the U.S. Senate in 1964 and the Mississippi State Senate in 1971. In 1970, Hamer led the legal action against the government of Sunflower County, Mississippi for continued illegal segregation. She died of complications of hypertension and breast cancer in March 14, 1977, at age 59.