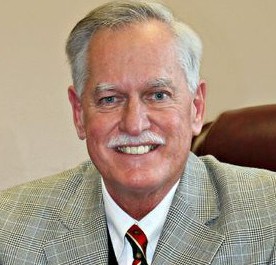 Yesterday, WBGN in Binghamton reported that last month FBI officials had “arrested and charged former congressional candidate Robert R. Doggart in connection with a plot to kill residents and destroy the school and mosque of the Muslim village of Islamberg in Hancock.” According to WBGN, Doggart, a resident of Signal Mountain TN, was arrested on April 10th.

He warned that those who joined his team should prepare for hand-to-hand combat with any residents encountered in his pursuit.

Travis Gettys of Raw Story said that Doggart, an ordained minister, “admitted to plotting the annihilation of a Muslim village identified by Sean Hannity and other conservatives as a terrorist training camp” located in the United States. Gettys said that the former congressional candidate “tried to recruit ‘expert Gunners’ on social media to help him burn down a mosque, school, and other buildings in Hancock, New York – where law enforcement officials are frequently called to investigate right-wing rumors.”

According to Gettys, Doggart had been “recorded speaking to a South Carolina militia member about the plot, which the failed Tennessee congressional candidate feared could turn deadly.” Doggart told the militia member, “If there’s a gun fight, well there’s a gun fight, and I want to come home because I love my family and I want to see my kids again…I also understand that if it’s necessary to die, then that’s a good way to die.”

Doggart also told an informant that he planned to bring a machete—saying, “If it gets down to the machete, we will cut them to shreds.”

Last week, Doggart pled guilty “to one count of interstate communication of threats.” He remains free on bond until his sentencing. Gettys said the ordained minister could face up to five years in prison.

Prosecutors said Doggart gathered an M4 rifle, explosives, and light armor piercing bullets in connection with the plot, and investigators said he was recruiting snipers through social media and by telephone.

During a recordrd call, Doggart told a woman, “When we meet in this state, the people we seek will know who we are. We will be cruel to them, and we will burn down their buildings. If anyone attempts to harm us in any way, our stand gunner will take them down from 350 yards away.” Doggart claimed that he would be the “standoff gunner.”

Doggart also told an FBI informant “that he believed the plot would succeed because the town employs only four police officers, and the volunteer fire department would take 35 minutes to respond.” He added, “We’ll be long gone by then.”

In a Facebook post, Doggart wrote: “Our small group will soon be faced with the fight of our lives. We will offer those lives as collateral to prove our commitment to our God…We shall be Warriors who will inflict horrible numbers of casualties upon the enemies of our Nation and World Peace.”

Gettys said that Doggart had met with the informant in Nashville and had “discussed using Molotov cocktails to firebomb buildings in the Muslim community, which was founded by African-Americans who had converted to Islam from Christianity.”

Andrew Dys (The Herald) said that residents of a Muslim community outside York were worried and were scheduled “to meet with federal, state and local law enforcement as early as Monday” after Doggart pled guilty “to threatening to blow up a similar Muslim community in Upstate New York.”

More than 200 Muslims – mainly African-Americans born in the United States – have lived at Holy Islamville for more than three decades since The Muslims of America started the enclave as a place to live peacefully. Islamberg, a similar community started by Muslims of America, was the target of Robert R. Doggart, 63, of Tennessee, federal court documents show.

Islamville residents are meeting with police to let them know of suspicious activity they have seen, and to express general concerns for safety against attacks from those who plot to kill Muslims.

“We are worried that this is just the tip of the iceberg, and we want to make sure we are safe,” said Ali Rashid, an elder at Holy Islamville and one of its founders.

Gettys said that a federal judge had granted Doggart’s “release on bond over the government’s objections as long as Doggart agreed not to use alcohol or pain medication and to undergo psychiatric evaluation for depression and an unspecified personality disorder.”

Muhammad Matthew Gardner, a spokesman for The Muslims of America—the group which operates Islamberg—called for the stiffest possible penalty for Doggart.” Gardner said, “This man plotted to mercilessly kill us, kill our children, and blow up our mosque and our school. All would agree, if a Muslim did this, the perpetrator would be immediately identified as a terrorist then prosecuted to the fullest extent of the law.”

Zaid Jilani of AlterNet said that Doggart was released on $30,000 bond to home confinement. Jilani said what he found particularly unusual about this case was that “the FBI chose not to publicize it and that no terror charges were brought”—and that “despite expressing intent to commit terrorism,” Doggart had been let out on bail.

Can we imagine the FBI treating a would-be Muslim terrorist the same way?

Do you think the FBI would have treated “a would-be Muslim terrorist the same way?”

Failed congressional candidate pleads guilty in plot to massacre Muslims: ‘We will be cruel to them’ (Raw Story)

Former Congressional Candidate And Minister Arrested For Plotting To Attack Muslim Community In New York, But Let Out On Bail (AlterNet)