When It’s Your Turn To Cook The Bird 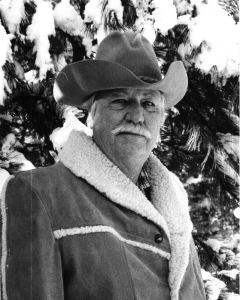 Jim Foreman tells me he wrote this twenty years ago for a women’s magazine. It has been republished, somewhere, every year since then. I suggested to him that it would be a shame to break the chain this year, so here is one of his most read pieces, ever.

It’s the story of when it is your turn to cook the turkey.

No one is ever sure how it happens. Was there a secret conclave of family members who drew straws and the short one had your name on it, or was it just one of those surreal moments when you sat up in bed with the realization that the holidays are coming and it’s your turn to cook the bird for the family. Either way, you are the chosen one.

You start counting relatives and soon run out of both fingers and toes, so you resort to making a list of those who will probably come whether you want them to or not. After all, they are family and you can live through one holiday with them around. Your brothers, sisters and parents are easy, but how about your husband whose parents divorced and are now remarried? No way you can have both sets there without launching World War Three. You decide to just let him invite which pair he wants. Then, of course, there’s grandma and grandpa — they have to be invited. The list is growing like a warren of rabbits. Come to think of it, that analogy comes closer to your family than you’d like to admit.

Then you write down all the aunts and uncles, including the aunt with the singing dog that she takes everywhere with her, and the two funny uncles. One of them has a friend named Larry and the other likes to play grab and feel with all the women. He has honed is ability to avoid slaps to a fine art. Then there is that uncle who is always bragging about how wealthy he is but manages to hit you up for enough money to fill his tank to get home. You suddenly realize that you have been thinking vertically and had forgotten all the cousins, nieces, nephews, kids and grandkids. The list grows exponentially.

Finally with list in hand, you sit down with Ma Bell and start calling them. You know that it would be useless to mail invitations because most of those who can read would most likely think that RSVP was some sort of Thanksgiving greeting. You get all sorts of answers like, “Of course we’ll come unless we have to pull cotton.” or “We will have to wait to see what Joe wants to do.” or “We will be there unless something comes up.

Finally, after three days with a phone growing out of your ear and the long distance charges mounting like the national debt, you have seven positives, twenty-eight who will be there unless something else happens and one cousin who’ll come if he gets out of jail by then. You decide to buy a bird as big as a yak and cook enough for a threshing crew.

Armies have moved with less planning and precision than you put into the plans for the meal. You have everything scheduled according to preparation and cooking time. Nothing is left to chance. Well almost nothing because just when you think everything is going smoothly, the aunt with the singing dog shows up carrying all the stuff to make her special Thanksgiving casserole; a turnip, jalapeno and anchovy surprise. The surprise would be if anyone eats it.

Kinfolk surge into the house like runners fleeing the bulls in Pamplona. Considering how some of the kids race through the house, you begin to wonder if some of the bulls didn’t slip inside with the runners. Grandma parks her walker where it will disrupt the most traffic and begins to shout cooking instructions into the kitchen; “Don’t put too much salt on the green beans, I don’t like onions in the dressing and be sure to use enough butter in the mashed potatoes.”

Grandpa, who is both hard of hearing and flatulent, finds a chair in the corner where every time he passes gas, he thinks it’s someone talking to him and keep cupping his hand to his ear and shouting, “What’d you say?”

When the Thanksgiving surprise is ready to go into the oven and she finds it full of other dishes, she tells you that her son drives truck for a furniture store and can get you a real stove with a big oven wholesale. With nothing else left to do, she tunes up the dog and they begin a yowling serenade. Come to think of it, between the two, the dog sounds better.

The Grab and Go uncle sneaks up and cops a quick feel from behind and then ducks out of the way as you try to take an ear off with a butcher knife. Your teenage daughter is hounding you to let her order pizza because there’s nothing good to eat. Two kids are pushing one another off the chair next to the desserts and both end up bawling. A two-year-old has locked himself in the bathroom and is screaming to the top of his lungs.

You dish up everything and put the pots in the dishwasher to get a head start on cleaning the kitchen but find there is no hot water because one of the kids has taken a 45-minute shower and used it all. The funny uncle and Larry have gotten into a snit because someone said something about their lifestyle and stormed out the door. That will free up two chairs at the adult table.

Four six-year-olds who had been shouting for drumsticks get into a fight when they learn that the bird has only two legs. When grandma saw the two-year-old who had been locked in the bathroom standing on a chair and sticking his finger into the pumpkin pies, she yelled at him to stop. He threw a tantrum, fell off the chair and banged his head on the floor. The singing dog, which had just lifted his leg on the living room curtains, ran over and bit him on the leg.

All the food is finally on and everyone is seated around the tables. Grandpa asks the blessing which goes on and on until he forgets what he was talking about and starts telling about the time when the navy wouldn’t take him because of his flat feet. Grandma yells, “You old fool, say amen, shut up and let’s eat.” Then she spots the paper plates and plastic fork that you had decided to use to reduce the load on the dishwasher. “Bring me a real plate and fork,” she demands. That is followed by all the kids demanding real plates too.

Ever since you sat at the kid’s table, Grandpa has always carved the bird. You decide to follow family tradition but since they haven’t let him have anything sharp after the incident with the cat, you bought an electric carving knife for him to use. Instead of simply holding the knife and allowing the electric motor to do the work, he starts twisting and sawing with it. Suddenly the motor gives up in a cloud of smoke and shower of sparks. He jumps back, knocks over a pitcher of iced tea and sends a blizzard of pink packets flying. Three aunts rush to stem the tea tide and rescue the Sweet and Low.

One of the uncles who works at an auto wrecking yard figures that since the turkey is about the same size and shape as a Buick transmission, he can certainly disassemble it. In short order he has it reduced to a pile of unrecognizable turkey parts. The fight over the drumsticks erupts again as they roll under the table and the singing dog bites one of them on the ear.

Finally all plates are filled and there is only the happy sound of chomping, slurping and belching. You count noses around the table to see how long it will be until it comes your turn to cook the bird again.

For more of Jim’s stories, visit his website at the link above, as well as his YouTube channel where you will find a lot of flying stories as well as cooking the cowboy way.

Jim’s latest book is SCARWAF. It is a story in and of itself. Check that out as well. Amazon link.