We sometimes forget how closely History is following behind us. Only 50 years ago, it was still illegal for people of different races to marry in 16 U.S. states, mostly in the South. It wasn’t until 1967 that the Supreme Court ruled in Loving v. Virginia that such laws were unconstitutional.

So when Canadian emigrant Eric Trethewey and Mississippian Gwendolyn Ann Turnbough met at Kentucky State College and fell in love, they had to cross the state line into Ohio to be married. He became a professor and author, she became a social worker. Their daughter Natasha was born in 1966 in Gulfport, Mississippi. 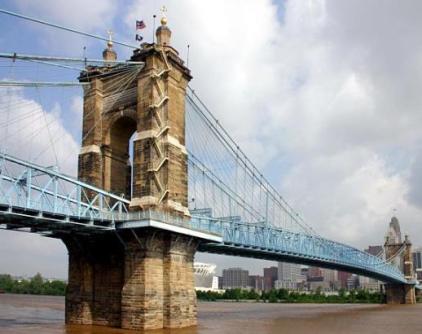 Six-year-old Natasha and her mother moved to Atlanta, but the little girl’s summers were split between visiting her father, who had moved to New Orleans, and her mother’s family in Mississippi. She was often treated as a white girl in her father’s company, but lived as a black child in the South the rest of the time.

I am four in this photograph, standing
on a wide strip of Mississippi beach,
my hands on the flowered hips
…
of a bright bikini. My toes dig in,
curl around wet sand. The sun cuts
the rippling Gulf in flashes with each
…
tidal rush. Minnows dart at my feet
glinting like switchblades. I am alone
except for my grandmother, other side
…
of the camera, telling me how to pose.
It is 1970, two years after they opened
the rest of this beach to us,
…
forty years since the photograph
where she stood on a narrow plot
of sand marked colored, smiling,
…
her hands on the flowered hips
of a cotton meal-sack dress.

Much of Natasha Trethewey’s writing is about her struggle with that duality, her very embodiment of integration, and about the long history of slavery and racial prejudice that came before her birth, and remains a deep rift in the American social fabric into the 21st century.

In the portrait of Jefferson that hangs
at Monticello, he is rendered two-toned:
his forehead white with illumination —
…
a lit bulb — the rest of his face in shadow,
darkened as if the artist meant to contrast
his bright knowledge, its dark subtext.
…
By 1805, when Jefferson sat for the portrait,
he was already linked to an affair
with his slave. Against a backdrop, blue
…
and ethereal, a wash of paint that seems
to hold him in relief, Jefferson gazes out
across the centuries, his lips fixed as if
…
he’s just uttered some final word.
The first time I saw the painting, I listened
as my father explained the contradictions:
…
how Jefferson hated slavery, though — out
of necessity, my father said — had to own
slaves; that his moral philosophy meant
…
he could not have fathered those children:
would have been impossible, my father said.
For years we debated the distance between
…
word and deed. I’d follow my father from book
to book, gathering citations, listening
as he named — like a field guide to Virginia —
…
each flower and tree and bird as if to prove
a man’s pursuit of knowledge is greater
than his shortcomings, the limits of his vision.
…
I did not know then the subtext
of our story, that my father could imagine
Jefferson’s words made flesh in my flesh —
…
the improvement of the blacks in body
and mind, in the first instance of their mixture
with the whites — or that my father could believe
…
he’d made me better. When I think of this now,
I see how the past holds us captive,
its beautiful ruin etched on the mind’s eye:
…
my young father, a rough outline of the old man
he’s become, needing to show me
the better measure of his heart, an equation
…
writ large at Monticello. That was years ago.
Now, we take in how much has changed:
talk of Sally Hemings, someone asking,
…
How white was she? — parsing the fractions
as if to name what made her worthy
of Jefferson’s attentions: a near-white,
…
quadroon mistress, not a plain black slave.
Imagine stepping back into the past,
our guide tells us then — and I can’t resist
…
whispering to my father: This is where
we split up. I’ll head around to the back.
When he laughs, I know he’s grateful
…
I’ve made a joke of it, this history
that links us — white father, black daughter —
even as it renders us other to each other.

Her mother had remarried, but in 1984 she divorced her abusive second husband, Joel Grimmette; a year later, Grimmette shot his ex-wife to death, leaving Natasha, now in college, and her half-brother in bewildered grief. 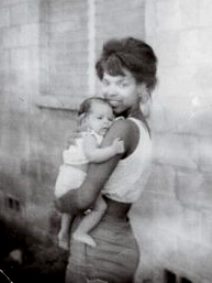 It rained the whole time we were laying her down;
Rained from church to grave when we put her down.
The suck of mud at our feet was a hollow sound.
…
When the preacher called out I held up my hand;
When he called for a witness I raised my hand—
Death stops the body’s work, the soul’s a journeyman.
…
The sun came out when I turned to walk away,
Glared down on me as I turned and walked away—
My back to my mother, leaving her where she lay.
…
The road going home was pocked with holes,
That home-going road’s always full of holes;
Though we slow down, time’s wheel still rolls.
…
I wander now among names of the dead:
My mother’s name, stone pillow for my head.

In her book, Native Guard, Trethewey entwines her personal and familial history with the nearly-forgotten story of the 1st Louisiana Native Guard.

By the 1860s, an estimated 10,000 African Americans in Louisiana had gained their freedom. In answer to pleas by Louisiana Governor Thomas Moore for troops, 1,500 “free men of color” in New Orleans volunteered, and the Governor accepted them into the state militia in May 1861.

Some members of the new regiment came from wealthy and prominent Creole and free-black families, but the majority were clerks, artisans, and skilled laborers. Three white officers were appointed as commanders of the regiment, but company commanders were selected from among the volunteers — the first units in North America to have black officers. The volunteers had to supply their own arms and uniforms.

Then the  Louisiana State Legislature passed a law, which went into effect in February, 1862, that reorganized the militia into only “…free white males capable of bearing arms…”

In a curious side-note, Jamaican-born Lieutenant Morris W. Morris, who served as an officer in the Louisiana Native Guards, and then for six weeks in the Union Army’s 1st Louisiana Native Guard regiment, was unique because he was also of Jewish ancestry, making him both the only black Jewish Confederate officer and the only black Jewish Union officer. He later became a famous actor as Lewis Morrison. Actresses Joan and Constance Bennett were his granddaughters, though neither their black nor Jewish ancestry was revealed in any Hollywood-generated publicity.

About ten percent of the original Native Guards did join the Union Army’s 1st Louisiana Native Guards. Re-organized as a Federal unit in New Orleans on September 27, 1862, it was the Union Army’s first official all-black regiment, and black officers still led its companies. The unit was to play an active role fighting on the Union side in several battles in Louisiana — notably the siege of Port Hudson, Louisiana — and Alabama during 1863-64, and 1865, suffering losses of approximately five officers and 215 enlisted men wounded, killed, missing in action or dead from disease. 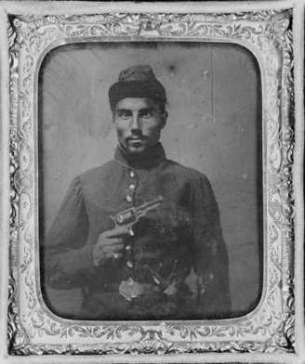 Elegy for the Native Guards

We leave Gulfport at noon; gulls overhead
trailing the boat — streamers, noisy fanfare —
all the way to Ship Island. What we see
first is the fort, its roof of grass, a lee —
half reminder of the men who served there —
a weathered monument to some of the dead.
…
Inside we follow the ranger, hurried
though we are to get to the beach. He tells
of graves lost in the Gulf, the island split
in half when Hurricane Camille hit,
shows us casemates, cannons, the store that sells
souvenirs, tokens of history long buried.
…
The Daughters of the Confederacy
has placed a plaque here, at the fort’s entrance —
each Confederate soldier’s name raised hard
in bronze; no names carved for the Native Guards —
2nd Regiment, Union men, black phalanx.
What is monument to their legacy?
…
All the grave markers, all the crude headstones —
water-lost. Now fish dart among their bones,
and we listen for what the waves intone.
Only the fort remains, near forty feet high,
round, unfinished, half open to the sky,
the elements — wind, rain — God’s deliberate eye.

Natasha Trethewey resurrects the forgotten dead and plumbs her own difficult past, reminding us that History is always snapping at our heels — we can try to outrun it, or turn and face it. 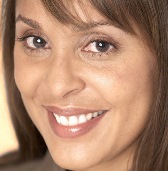 Natasha Trethewey came to national attention in 1999, when her poetry collection, Domestic Work, won the inaugural Cave Canem Prize, an annual award for the best first collection of poems by an African American poet. She won the 2007 Pulitzer Prize in Poetry for Native Guard. She was the 19th U.S. Poet Laureate Consultant in Poetry to the Library of Congress, serving two terms from 2012 to 2014. Her many honors include fellowships from the Guggenheim Foundation, the Rockefeller Foundation, and the National Endowment for the Arts.

Thank you for reading this week’s Word Cloud.

Nona Blyth Cloud has lived and worked in the Los Angeles area for the past 50 years, spending much of that time commuting on the 405 Freeway. After Hollywood failed to appreciate her genius for acting and directing, she began a second career managing non-profits, from which she has retired. Nona has now resumed writing whatever comes into her head, instead of reports and pleas for funding. She lives in a small house overrun by books with her wonderful husband.
View all posts by wordcloud9 →
This entry was posted in Civil War, Constitutional Law, Louisiana, Mississippi, Poetry, Racism, Word Cloud and tagged African American, Black History, Interracial Marriage, Natasha Trethewey, Pulitizer Prize, Rift. Bookmark the permalink.
Loading Comments...
%d bloggers like this: