First Read of An American Classic 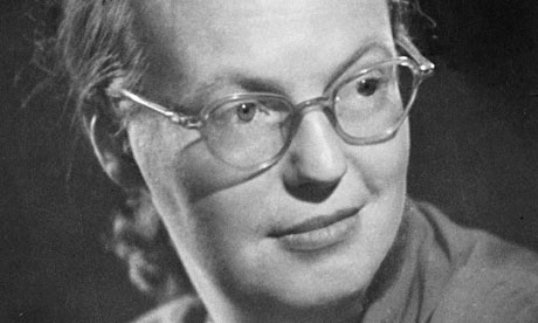 Today is the 68th anniversary of the first publication of one of the most famous short stories in America.

Some works of fiction take time to find their audience. Shirley Jackson’s now-classic short story, “The Lottery,” was first published in the June 26, 1948 issue of The New Yorker.

Hundreds of readers cancelled their subscriptions and wrote letters expressing their rage and confusion about the story. In one such letter, Miriam Friend, a librarian-turned-housewife wrote, “I frankly confess to being completely baffled by Shirley Jackson’s ‘The Lottery.’ Will you please send us a brief explanation before my husband and I scratch right through our scalps trying to fathom it?” Others called the story “outrageous,” “gruesome,” and “utterly pointless.” “I will never buy The New Yorker again,” one reader from Massachusetts wrote. “I resent being tricked into reading perverted stories like ‘The Lottery.’” There were phone calls, too, though The New Yorker didn’t keep a record of what was said, or how many calls came in.

The New Yorker forwarded the mail they received about her story—sometimes as many as 10 to 12 letters a day—which, according to Jackson, came in three main flavors: “bewilderment, speculation, and plain old-fashioned abuse.” Jackson was forced to switch to the biggest possible post office box; she could no longer make conversation with the postmaster, who wouldn’t speak to her.

Shortly after the story was published, a friend sent Jackson a note, saying, “Heard a man talking about a story of yours on the bus this morning. Very exciting. I wanted to tell him I knew the author, but after I heard what he was saying, I decided I’d better not.”

“It had simply never occurred to me that these millions and millions of people might be so far from being uplifted that they would sit down and write me letters I was downright scared to open,” Jackson said later. “Of the three-hundred-odd letters that I received that summer I can count only thirteen that spoke kindly to me, and they were mostly from friends.”

Jackson kept all of the letters, kind and not-so-kind, and they’re currently among her papers at the Library of Congress.

Some readers thought it wasn’t fiction. Jackson received a number of letters asking her where these rituals took place—and if they could go watch them. “I have read of some queer cults in my time, but this one bothers me,” wrote one person from Los Angeles. “Was this group of people perhaps a settlement descended from early English colonists? And were they continuing a Druid rite to assure good crops?” a reader from Texas asked. “I’m hoping you’ll find time to give me further details about the bizarre custom the story describes, where it occurs, who practices it, and why,” someone from Georgia requested.

Nona Blyth Cloud has lived and worked in the Los Angeles area for the past 50 years, spending much of that time commuting on the 405 Freeway. After Hollywood failed to appreciate her genius for acting and directing, she began a second career managing non-profits, from which she has retired. Nona has now resumed writing whatever comes into her head, instead of reports and pleas for funding. She lives in a small house overrun by books with her wonderful husband.
View all posts by wordcloud9 →
This entry was posted in Literature and tagged First Read of An American Classic, Shirley Jackson, The Lottery, The New Yorker. Bookmark the permalink.

3 Responses to First Read of An American Classic