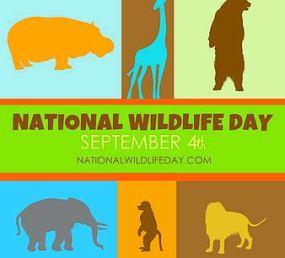 1833 – * New York Sun editor Benjamin Day runs an ad for “steady men” to vend the paper. 10-year-old Barney Flaherty applies for the job, impresses Day, and is hired, becomes the first paperboy. His cry of  “Paper! Get your paper, here!” becomes the universal pitch of boys – and some girls – hawking newspapers

1885 – * The Exchange Buffet opened in NYC , first self-service cafeteria style restaurant – pie was one of their most popular menu items

1886 – Geronimo surrenders in Skeleton Canyon AZ to General Nelson Miles, to remain a “prisoner of war” for the rest of his life

1951 – First live, coast-to-coast TV broadcast, of the Japanese Peace Treaty Conference in San Francisco, was seen all the way to New York City

1962 – The Beatles begin their first session at Abbey Road studios, rehearsing “Love Me Do” and “Please Please Me”

1995 – 4th World Conference on Women opens in Beijing, with over 4,750 delegates representing 181 countries

2005 – * National Wildlife Day established in memory of conservationist and animal lover Steve Irwin to bring attention to global number of endangered species, honor those working to save them, and educate the public about what they can do to help

2008 – The very first Fender Strat that Jimi Hendrix set on fire while performing is auctioned at Sotheby’s in London for $500,000

Nona Blyth Cloud has lived and worked in the Los Angeles area for over 50 years, spending much of that time commuting on the 405 Freeway. After Hollywood failed to appreciate her genius for acting and directing, she began a second career managing non-profits, from which she has retired. Nona has now resumed writing whatever comes into her head, instead of reports and pleas for funding. She lives in a small house overrun by books with her wonderful husband.
View all posts by wordcloud9 →
This entry was posted in History, Holidays, On This Day and tagged Chateaubriand, Geronimo, Kodak, Little Rock Nine, Mack the Knife, Nuestra Senora La Reina de Los Angeles, Rolling Stones. Bookmark the permalink.