1768 – The first edition of the Encyclopædia Britannica is published

1790 – The U.S. Congress moved from New York to Philadelphia

1877 – The first edition of  The Washington Post is published

1884 – The construction of the Washington Monument was completed by Army engineers, 34 years after construction started 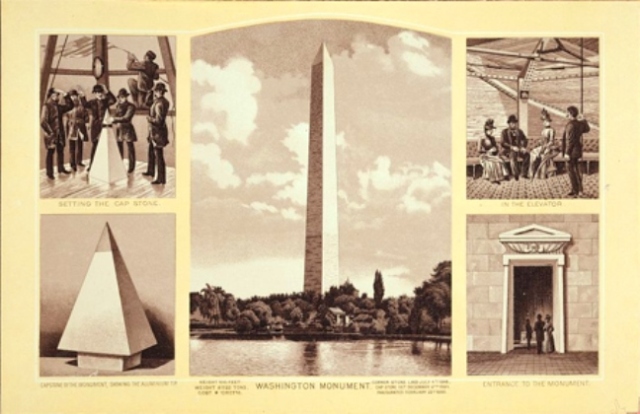 1904 – Theodore Roosevelt articulates his “Corollary” to the Monroe Doctrine, stating that the U.S. would intervene in the Western Hemisphere should Latin American governments prove unstable

1907 – The worst mining disaster in American history kills 361 miners in Monongah WV; Miners’ Day * is sponsored by the Miners’ Day Memorial Association of West Virginia, recognized by Congress on December 6, 2009

1917 – Finland proclaims its independence from Russia

1922 – The Irish Free State, a self-governing dominion of Britain, is inaugurated one year to the day after the Anglo-Irish treaty is signed

1926 – In Italy, Benito Mussolini introduces a tax on bachelors

1928 – The Columbian government troops put down a month-long strike by United Fruit Company workers, resulting in an unknown number of deaths

1945 – Percy Spenser, while working on a magnetron, notices its effect on food, and begins experiments that lead to his invention of the microwave oven, which he patented on this day – celebrated on Microwave Oven Day *

1968 – The James Taylor Album is released in Britain

1973 – Gerald R. Ford is sworn in as U.S. vice-president after V-P Spiro Agnew resigns because of income tax evasion and bribery charges

1994 – Orange County, CA, one of the richest counties in the U.S, files for bankruptcy protection after investment losses of about $2 billion, becoming the largest municipality up to that time to file for bankruptcy

2009 – The Mitten Tree, by Candace Chirstiansen, is published, which inspires Mitten Tree Day* to remind us warm clothing donations are needed for the less fortunate now

Nona Blyth Cloud has lived and worked in the Los Angeles area for the past 50 years, spending much of that time commuting on the 405 Freeway. After Hollywood failed to appreciate her genius for acting and directing, she began a second career managing non-profits, from which she has retired. Nona has now resumed writing whatever comes into her head, instead of reports and pleas for funding. She lives in a small house overrun by books with her wonderful husband.
View all posts by wordcloud9 →
This entry was posted in History, Holidays, On This Day and tagged Cole Porter, James Joyce, James Taylor, Lynne Fontanne, Mars Global Surveyor, Theodore Roosevelt, Vladimir Nabokov. Bookmark the permalink.