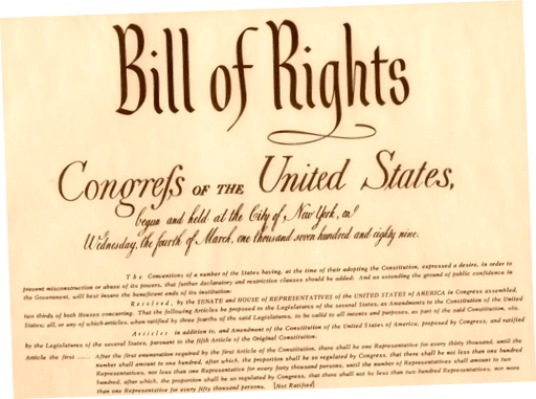 January 16 is National Religious Freedom Day in the United States.

“I call on all Americans to commemorate this day with events and activities that teach us about this critical foundation of our Nation’s liberty, and show us how we can protect it for future generations here and around the world.” 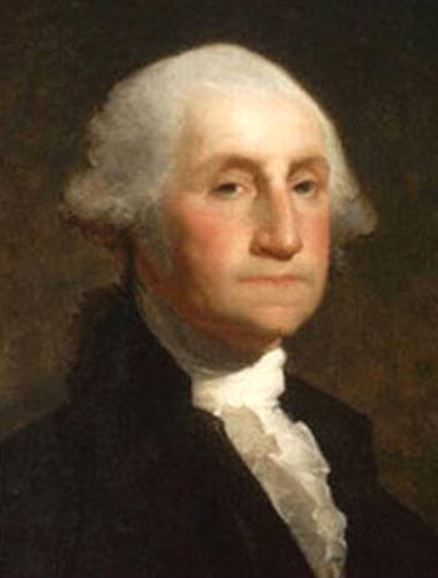 On April 30, 1789, George Washington stood on the balcony of Federal Hall overlooking Wall Street in New York City, and took the oath of office to become the first President of the United States.

Washington had visited the New England states the previous fall “to acquire knowledge of the face of the Country, the growth and Agriculture thereof, and the temper and disposition of the Inhabitants towards the new government.” He deliberately bypassed Rhode Island, which had refused to call a state convention to ratify the federal Constitution at that time. When Rhode Island did ratify the Constitution in May 1790, he decided to make a public trip, knowing such a special visit would increase the goodwill that Rhode Islanders felt toward him as the hero of the Revolution, and, by adding to the prestige of Rhode Island’s leaders, might enlist their support.

For Washington had another reason for this visit. Originally, twelve amendments to the Constitution had been proposed and passed in Congress, and it was the third amendment of the twelve which addressed the issue of freedom of religion and of the press. So Congress, on September 25, 1789, sent all twelve of the proposed amendments to the states for ratification. State legislatures were required to consider the amendments one by one and ratify them individually.

So months passed, and state legislatures began sending amendments back to Congress, ratifying most of them but disapproving some. Several states were still debating the amendments in August of 1790 when the President visited Newport, including the amendment for freedom of religion and the press.

Washington and his group were greeted by Newport’s leading citizens and representatives from the many religious denominations present in the city, including the Jews. Politicians, businessmen, and clergy read letters of welcome to the President. Among them was Moses Seixas, one of the leaders of Yeshuat Israel, the first Jewish congregation in Newport. The address read by Seixas was an elegant expression of the Jewish community’s delight in Washington as leader and in a democratic government. Seixas wrote:

Deprived as we heretofore have been of the invaluable rights of free Citizens, we now (with a deep sense of gratitude to the Almighty disposer of all events) behold a Government, erected by the Majesty of the People—a Government, which to bigotry gives no sanction, to persecution no assistance—but generously affording to All liberty of conscience, and immunities of Citizenship: deeming every one, of whatever Nation, tongue, or language, equal parts of the great governmental Machine…

A few days after leaving Newport, the President wrote letters to each of the Newport citizen groups whose leaders addressed him, thanking them for their hospitality and graciousness. First among them was his letter to the Jews. More than a simple thank you, the letter reflected the policy of the new government toward those whose religious beliefs were considered different. Washington echoed Seixas’ phrase “which to bigotry gives no sanction, to persecution no assistance.” The President’s words also helped to define the role of the Federal government in matters of conscience.

To the Hebrew Congregation in Newport, Rhode Island

While I receive, with much satisfaction, your Address replete with expressions of affection and esteem; I rejoice in the opportunity of assuring you, that I shall always retain a grateful remembrance of the cordial welcome I experienced in my visit to Newport, from all classes of Citizens.

The reflection on the days of difficulty and danger which are past is rendered the more sweet, from a consciousness that they are succeeded by days of uncommon prosperity and security. If we have wisdom to make the best use of the advantages with which we are now favored, we cannot fail, under the just administration of a good Government, to become a great and a happy people.

The Citizens of the United States of America have a right to applaud themselves for having given to mankind examples of an enlarged and liberal policy: a policy worthy of imitation. All possess alike liberty of conscience and immunities of citizenship It is now no more that toleration is spoken of, as if it was by the indulgence of one class of people, that another enjoyed the exercise of their inherent natural rights. For happily the Government of the United States, which gives to bigotry no sanction, to persecution no assistance requires only that they who live under its protection should demean themselves as good citizens, in giving it on all occasions their effectual support.

It would be inconsistent with the frankness of my character not to avow that I am pleased with your favorable opinion of my Administration, and fervent wishes for my felicity. May the Children of the Stock of Abraham, who dwell in this land, continue to merit and enjoy the good will of the other Inhabitants; while every one shall sit in safety under his own vine and figtree, and there shall be none to make him afraid. May the father of all mercies scatter light and not darkness in our paths, and make us all in our several vocations useful here, and in his own due time and way everlastingly happy.

The reference to “every one shall sit in safety under his own vine and figtree, and there shall be none to make him afraid”  refers to the Bible, which mentions vines and fig trees as symbols of a peaceful life in more than one passage, including:

But they shall sit every man under his vine and under his fig tree; and none shall make them afraid…

Undoubtedly, some of the many slaves who were in Newport in 1790 were in the crowd that gathered on the morning of the President’s arrival. The ringing words of the Declaration of Independence, “We hold these truths to be self-evident, that all men are created equal, that they are endowed by their Creator with certain unalienable Rights, that among these are Life, Liberty and the Pursuit of Happiness” did not apply to them. It would take a terrible Civil War to begin to change that, and America is still suffering from grievous wounds which remain unhealed. The unequal treatment of people of color, of certain faiths or of no faith, of all women and of the LGBTQ community continues to the present day.

The Founding Fathers were far from perfect men, struggling to hold a vast new country together with a set of radical ideas that were either untried, or hadn’t worked in the past.

The first two proposed amendments to the Constitution failed to win the necessary approval, so when the state of Virginia became the final state to ratify the amendments on December 15, 1791, the amendment for freedom of religion and the press became the First Amendment.

Right Wing politicos and jurists, and many fundamentalist Christians, insist that all interpretation of the Constitution and the Bill of Rights must be based on the “original intent” of our Founding Fathers. So let it be remembered that George Washington, called “the father of our country,” wrote these words to the Jews of Newport:

For happily the Government of the United States, which gives to bigotry no sanction, to persecution no assistance requires only that they who live under its protection should demean themselves as good citizens, in giving it on all occasions their effectual support…

…May the Children of the Stock of Abraham, who dwell in this land, continue to merit and enjoy the good will of the other Inhabitants; while every one shall sit in safety under his own vine and figtree, and there shall be none to make him afraid.

There are some things these imperfect men got very right.

Nona Blyth Cloud has lived and worked in the Los Angeles area for the past 50 years, spending much of that time commuting on the 405 Freeway. After Hollywood failed to appreciate her genius for acting and directing, she began a second career managing non-profits, from which she has retired. Nona has now resumed writing whatever comes into her head, instead of reports and pleas for funding. She lives in a small house overrun by books with her wonderful husband.
View all posts by wordcloud9 →
This entry was posted in American History, Constitutional Law, George Washington, Religion and tagged Founding Fathers, Moses Seixas of Newport RI, National Religious Freedom Day, President Barak Obama, Thomas Jefferson, Virginia Statute for Religious Freedom. Bookmark the permalink.