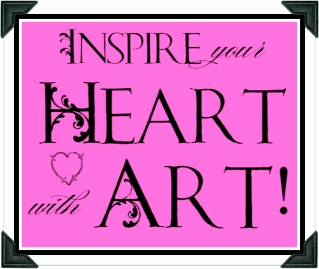 516 AD – Construction is completed on the Second Temple of Jerusalem

1798 – The first fisticuffs on the U.S. House of  Representatives floor takes place when Connecticut’s Roger Griswold (Federalist) attacks Vermont’s Matthew Lyon (Democratic-Republican), who had spit tobacco juice at him, with a cane. Lyon defended himself with a pair of fire tongs. Griswold was a supporter of John Adams preparations for a possible war with France, but Lyon believed preparations for war would precipitate one. A resolution to expel them from the House is defeated 73-21.

1826 – The Menai Suspension Bridge opens, considered the first modern suspension bridge, connecting the Isle of Anglesey to the north West coast of Wales

1862 – The first American ironclad warship, the USS Monitor is launched

1908 – Mohandas (Mahatma) Gandhi, leading the non-violent resistance to laws requiring persons of color to be registered and carry registration cards, is released from prison by Jan Smuts after serving less than half his sentence after public outcry

1916 – During World War I, Hussein bin Ali, Sharif of Mecca corresponded with Sir Henry McMahon, British High Commissioner in Egypt, concerning the political status of lands held by Ottoman Empire, and the growing Arab desire for independence from the Ottoman Empire. In the letters McMahon committed Britain to recognize Arab independence after World War I “in the limits and boundaries proposed by the Sherif of Mecca,” not including areas under France influence, in exchange for Arab help in fighting the Ottomans. However, exposure of the 1916 Sykes–Picot Agreement between France and UK revealed the two countries plans to split and occupy parts of the promised Arab country

1919 – Fred Korematsu born, American activist who defies President Franklin D. Roosevelt’s Executive Order 9066,  authorizing removing all individuals of Japanese ancestry from their homes and to forced-internment camps, Korematsu instead became a fugitive. The legality of the internment order was upheld by the United States Supreme Court in Korematsu v. United States, but his conviction is overturned decades later after the disclosure of new evidence challenging the necessity of the internment, evidence which had been withheld from the courts by the U.S. government during the war

1925 – Constantine VI, serving as Ecumenical Patriarch of Constantinople for 43 days, is exiled to Greece by the Turkish Government, briefly under the Republican People’s Party

1960 – The African National Party is founded in Chad, through the merger of traditionalist parties

1972 – Pakistan withdraws from the Commonwealth of Nations, begins developing ‘nuclear deterrence’ after its loss of East Pakistan in 1971’s Bangladesh Liberation War

1997 – A New Jersey judge rules that the unborn child of a female prisoner must have legal representation, denying the prisoner bail reduction to enable her to leave the jail and obtain an abortion

2001 – “Spirit 95” Radio, the FM radio station in Bloomington, IN launches Bubble Wrap® Appreciation Day *with its first annual Bubblympiad with events such as a Bubble Wrap® popping relay, Pop-a-Mole, and sculpture and fashion design contests

2005 – In Iraq, the first free Parliamentary elections since 1958 take place

Nona Blyth Cloud has lived and worked in the Los Angeles area for the past 50 years, spending much of that time commuting on the 405 Freeway. After Hollywood failed to appreciate her genius for acting and directing, she began a second career managing non-profits, from which she has retired. Nona has now resumed writing whatever comes into her head, instead of reports and pleas for funding. She lives in a small house overrun by books with her wonderful husband.
View all posts by wordcloud9 →
This entry was posted in History, Holidays, On This Day and tagged Barbara Tuchman, Charles Darwin, Eleanor Smeal, Franklin Delano Roosevelt, Mahatma Gandhi, Walter Savage Landor, William Shakespeare. Bookmark the permalink.