Six White House staffers  were “walked out of the building by security” on Wednesday after not passing the SF86 and were dismissed Thursday morning after failing FBI background checks. The SF-86 is a 127 page Questionnaire for National Security Positions for security clearance. Not all of the pages are required, unless a followup page is needed due to the answers given. 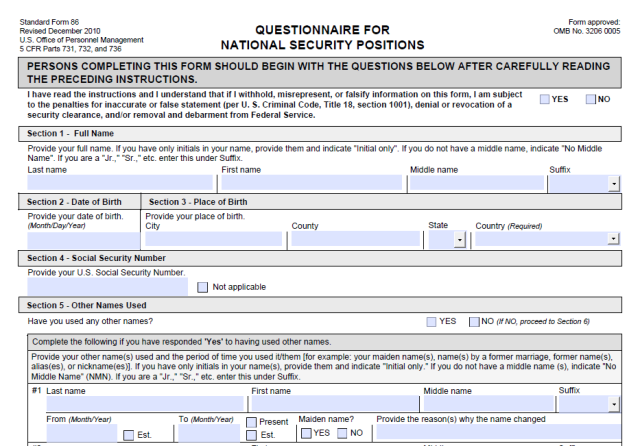 Among those were President Donald Trump’s director of scheduling, Caroline Wiles, the daughter of Susan Wiles, who has tax records dating back as far as 1991 but moving through to 2014 that show a history of failing to pay both personal and corporate income tax. Carolyn Wiles is Trump’s Florida campaign manager and former chief of staff to Governor Rick Scott, said by some to be the worst Florida Governor, ever.

She’s among others who failed to pass the intensive background check, which includes questions on the applicant’s credit score, substance use and other personal subjects.

White house jobs require what is nicknamed a “Yankee White” Security Clearance. “Yankee White” is NOT a security clearance, it is a process used to screen clearances that are in support of the Executive office of the President (EOP)and other National Priority Programs.

The basic eligibility requirements for “Yankee White” are:

The grounds for denial was not disclosed.

I grew up in Burbank, California. My dad worked at a company that made sub assemblies for about every airplane made in the 1960-1970 era, so it was only natural that the aviation bug bit me while I was quite young. I hold a commercial pilot certificate and fly as much as I can. I live in Bardstown, Kentucky with my wife, moving here after we retired. I am a Vietnam veteran and a cancer survivor. I like to keep politicians honest, and do so when they open an avenue where I feel they have erred.
View all posts by Terry Welshans →
This entry was posted in Breaking News, FBI, Government, Politics, United States. Bookmark the permalink.