Take Your Parent(s) to the Playground Day * 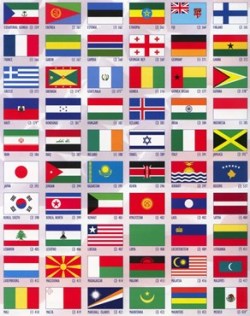 1260 – Hao Jing, envoy of Mongol leader Kublai Khan, is imprisoned by order of the high Chancellor of China, Jia Sidao, at the Song Dynasty court of Emperor Lizong while attempting to negotiate with the Song

1554 – Queen Mary I grants a royal charter to Derby School, as a grammar school for boys in Derby, England; it will last until 1989 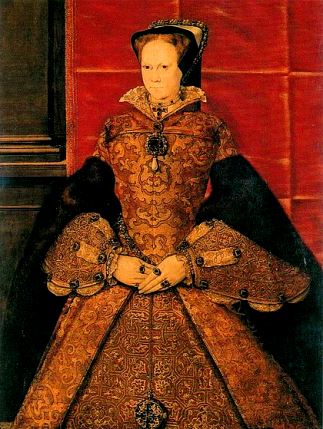 Queen Mary I, by Hans Eworth

1758 – Ten-year-old Mary Campbell is abducted by a band of Lenape, also known as the Delaware, in Pennsylvania. Increased numbers of British military troops in Pennsylvania and Ohio because of hostilities between Native Americans and settlers eventually led to a meeting of several tribes with Colonel Henry Bouquet in which he demanded return of all known captives, a list of 60 names, including Mary Campbell. She was returned to her family in 1764.

1780 – Elizabeth Fry born, English philanthropist, reformer and Quaker, called “angel of prisons” for her campaigns to improve prison conditions after she made a visit to Newgate Prisons in 1813, and found overcrowded conditions and women who had not even been tried; she later funded a school for the children living in the prisons with their prisoner mothers, and founded the ‘Association for the Reformation of the Female Prisoners in Newgate’ which provided materials for the women to learn sewing and knitting in order to earn money after their release

1799 – Mary Anning born, British fossil collector and paleontologist, made a number of important finds; although widely known for her fossil studies, she wasn’t permitted to join the Geological Society of London because she was a woman, and did not always receive credit for her work

1819 – The first bicycles in the U.S. are seen in New York City, nicknamed “swift walkers” which are imported from London

1832 – The first Democratic Convention is held in Baltimore MD

1840 – Captain William Hobson proclaims British sovereignty over New Zealand; the North Island by treaty and the South Island by ‘discovery’

1846 – The first steamship arrives in Hawaii

1864 – Circassian Day of Mourning * commemorates the end of the Russian-Circassian War, when many Circassians are forced into exile

1864 – Princess Stéphanie of Belgium born, Crown Princess of Austria, and inventor;
she took out patents on a combination chafing dish and spirit lamp

1918 – US House of Representatives passes amendment allowing women to vote by 274 to 136. Jeannette Rankin, the first woman to serve in Congress, spoke: “How shall we answer their challenge, gentlemen: how shall we explain to them the meaning of democracy if the same Congress that voted for war to make the world safe for democracy refuses to give this small measure of democracy to the women of our country?”  The amendment fails to pass in the Senate, and has to be introduced all over again 1919

1927 – Aviator Charles Lindbergh, in the Spirit of St Louis, lands in Paris after the first solo air crossing of Atlantic

1959 – The musical Gypsy opens on Broadway

1980 – The Empire Strikes Back, the second Star Wars movie, is released

Nona Blyth Cloud has lived and worked in the Los Angeles area for the past 50 years, spending much of that time commuting on the 405 Freeway. After Hollywood failed to appreciate her genius for acting and directing, she began a second career managing non-profits, from which she has retired. Nona has now resumed writing whatever comes into her head, instead of reports and pleas for funding. She lives in a small house overrun by books with her wonderful husband.
View all posts by wordcloud9 →
This entry was posted in History, Holidays, On This Day and tagged Andrei Sakharov, Charles Lindbergh, Clara Barton, Elizabeth Fry, Fats Waller, Glenn Curtiss, Mary Anning. Bookmark the permalink.