Canada –Vancouver BC: Bard on the Beach 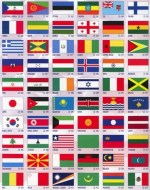 1030 – Norwegian King, Olav the Holy, falls in the battle at Stiklastað, and each year on that day, commemorated as Norway’s patron saint – Saint Olav’s Day *

1742 – Isabella Graham born in Scotland, American philanthropist and educator, leader in founding the Society for the Relief of Poor Widows, the Orphan Asylum Society and the Society for Promoting Industry among the Poor

1775 – Army Chaplain Corps Anniversary * – The Continental Congress authorizes one chaplain for each regiment of the Continental Army, with pay equaling that of a captain; many militia regiments also count chaplains among their ranks

1887 – Sigmund Romberg born in Hungary, American composer-conductor of musicals and operettas; The Student Prince and The Desert Song

1900 – Owen Lattimore born, American author and expert on China, especially Mongolia; his role as a consultant to the U.S. State Department was ended by Senator Joseph McCarthy’s unfounded charge that Lattimore was a Russian espionage agent

1932 – Nancy Landon Kassebaum born, American politician, first U.S. woman elected to a full term in the Senate (R-KS) without her husband preceding her in Congress

1948 – Summer Games: The Games of the XIV Olympiad, held after a hiatus of 12 years caused by WWII, open in London

1974 – The U.S. Episcopal Church ordains eleven women as priests. Initially opposed by the House of Bishops, the ordinations received approval from the General Convention of the Episcopal Church in September 1976

1978 – Kenny Loggins releases “Whenever I Call You Friend”

2008 – U.S. Senator Ted Stevens, (R-AK), is indicted on seven felony counts of concealing more than a quarter of a million dollars in house renovations and gifts he received from a powerful oil contractor (A judge later dismisses the case, saying prosecutors had withheld evidence.)

2014 – Concussion lawsuit: NCAA to pay $70 million for head injury study, but $0 for treatment, so injured players must sue their colleges separately

Nona Blyth Cloud has lived and worked in the Los Angeles area for the past 50 years, spending much of that time commuting on the 405 Freeway. After Hollywood failed to appreciate her genius for acting and directing, she began a second career managing non-profits, from which she has retired. Nona has now resumed writing whatever comes into her head, instead of reports and pleas for funding. She lives in a small house overrun by books with her wonderful husband.
View all posts by wordcloud9 →
This entry was posted in History, Holidays, On This Day and tagged Alexis de Tocqueville, Booth Tarkington, Clara Bow, Dag Hammarskjold, Don Marquis, Eunice Tietjens, Mikis Theodorakis. Bookmark the permalink.