The ‘many sides’, of the RWNJs’ phantom enemies

The only reason for an American to hold a Nazi flag is if it has been captured in battle. pic.twitter.com/g44h8PSZyd

Like Joe McCarthy’s ‘reds under your bed’, the RWNJs got their wearing-white-before Labor Day done during this past weekend.

Unfortunately this occured with casualties in Charlottesville, VA as Heather Heyer was killed by a neo-nazi who drove his car into a crowd of demonstrators. This occurred around counter-demonstrations related to a ‘unite the Right’ rally.

Now James Alex Fields jr. is their current Horst Wessel, a foot-soldier (they disclaim him, but say he met the dress-code so they gave him a shield) for anti-semitism’s National (American) Vanguard, a white nationalist organization based in Charlottesville, Virginia. Unlike Dyann Roof, he chose as weapon, the analogy no self-respecting gun control advocate wants to use, a muscle car. For some RWNJs, the battle is with some mythical yet pernicious hoard of ‘cultural marxists’.

The trope of “cultural Marxism” has been steadily gaining traction among the broad and diverse entity that is the radical right (although, hating diversity, would baulk at you saying so), where it serves as an umbrella term variously responsible for such un-American and anti-Western ills as atheism, secularism, political correctness, gay rights, sexual liberation, feminism, affirmative action, liberalism, socialism, anarchism, and, above all, multiculturalism. The ultimate goal of cultural Marxism, we’re led to believe, is to slowly and stealthily dilute and subvert white, Christian Western culture, thereby opening sovereign nations to rule by a one-world corporate government. Whether that’s by Jews, lizards, or communists isn’t always clear… 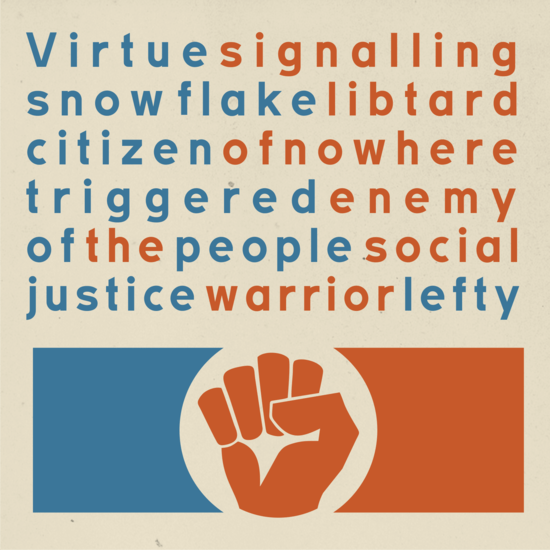 The “cultural Marxist” conspiracy has a slippery genealogy through the American right, beginning with its coinage by Lyndon Larouche in the early 1990s (although Hitler had warned of “cultural Bolshevism” during the 1920s).

It passed through various esoteric journals and hard-right think tanks and was picked up by paleoconservatives such as Pat Buchanan (author of The Death of the West), William S. Lind, and Paul Weyrich, and over the last decade has spread feverishly through the murkier, more hyper-masculinist and libidinally challenged corners of the web.

In whose name does cultural marxism get its cred, and why doesn’t it have a national, regional, cultural organization to join. In that same context, what about … cultural imperialism?

Everything that is social is cultural, whether it is the knowledge communities of scholars, or the vast simulation and representation cultures reproduced and socialized. Villains were needed, and ‘cultural marxists’ came ready-made since they had had little quantitative evidence, much like Austrian economists.

The geniuses on the Right needed to invent a meme that could combine the anti-communism of the Cold War and the typical anti-intellectualism of college drop-out pundits like Limbaugh, Beck, and Carlson.

They need to believe that an “alt-left” exists, even as we mock RWNJs by uttering it. It is its own legitimation crisis just as snowflakes have no ideology. Something is subverting white(sic) culture and it couldn’t be false consciousness or stupidity. Darn that asymmetry of hierarchy and privilege. Darn those Others.

Hence “cultural marxism” emerged as an enemy conspiracy theory to offset the burgeoning ignorance now ensconced in the WH with Bannonism and its Millerist self-loathing tendencies. Bannon’s own RW interests in traditionalism are developments of a particular European origin reflected in a number of conservative religious sects.

…Germany pursued “a European cultural front that gravitates around German culture”. The Nazi propaganda minister Joseph Goebbels set up the European Union of Writers, “one of Goebbels’s most ambitious projects for Nazi cultural hegemony. Presumably a means of gathering authors from Germany, Italy, and the occupied countries to plan the literary life of the new Europe, the union soon emerged as a vehicle of German cultural imperialism.”[47]

I have written on this topic before, but now it becomes, as undergraduates prepare to be assailed by a continuing structure of educational (symbolic) violence, more crucial that the stupidity of RW memes be addressed.

Entire generations of US undergraduates will have spent their adolescence with full RWNJ media saturation thinking that it’s normal to have a Black President, even if the cheaper motels deliberately exclude non-FoxNews channels in their rooms. Hence white identity is being avant-garde, therefore dope.

The millennial cohort does have as it always has a few in their number whose class/gender/race affiliations make reactionary thought attractive. The years of PBO and a “birther” Trump have fostered some even stranger variations on the discourse of “political correctness”.

Some are arguing for a “alt-left” equivalent to the sanitized “alt-right” that is neo-nazi white supremacy, as if the latter neologism “alt-right”, wasn’t itself a perverse example of RW ‘political correctness’.

Combined with the oddly American puritanical nature of repressed sexuality and religious ideologies it is pretty much the same stuff of prior generations. Darn those DFHs, everybody “virtue signals”. And Nazi social justice is a social justice, regardless. And tiki torches don’t get manufactured in your local WalMart. 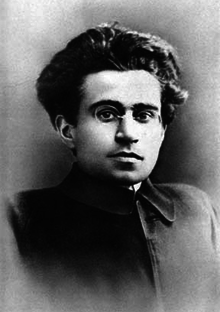 It begins in the 1910s and 1920s. When the socialist revolution failed to materialise beyond the Soviet Union, Marxist thinkers like Antonio Gramsci and Georg Lukacs tried to explain why. Their answer was that culture and religion blunted the proletariat’s desire to revolt, and the solution was that Marxists should carry out a “long march through the institutions” – universities and schools, government bureaucracies and the media – so that cultural values could be progressively changed from above.

Adapting this, later thinkers of the Frankfurt School decided that the key to destroying capitalism was to mix up Marx with a bit of Freud, since workers were not only economically oppressed, but made orderly by sexual repression and other social conventions. The problem was not only capitalism as an economic system, but the family, gender hierarchies, normal sexuality – in short, the whole suite of traditional western values.

The conspiracy theorists claim that these “cultural Marxists” began to use insidious forms of psychological manipulation to upend the west. Then, when Nazism forced the (mostly Jewish) members of the Frankfurt School to move to America, they had, the story goes, a chance to undermine the culture and values that had sustained the world’s most powerful capitalist nation. 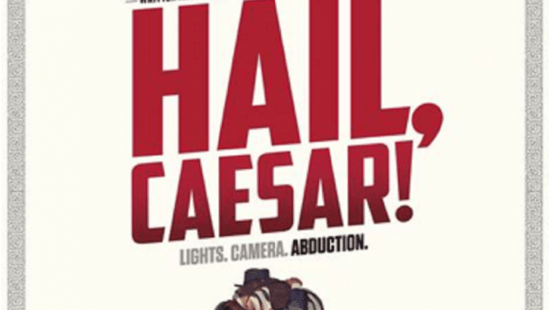 The studios, desperate to claw back the trust of the American people, turned out a series of propagandist films, I Married a Communist, or I Was A communist for the FBI (which won the 1951 Oscar for Best Documentary).

The vogue for the ideas of theorists like Herbert Marcuse and Theodor Adorno in the 1960s counterculture culminated with their acolytes’ occupation of the commanding heights of the most important cultural institutions, from universities to Hollywood studios.

There, the conspiracy says, they promoted and even enforced ideas which were intended to destroy traditional Christian values and overthrow free enterprise: feminism, multiculturalism, gay rights and atheism.

And this, apparently, is where political correctness came from. I promise you: this is what they really think.

The thing is, hegemony is as American as apple pie, or most anything else. It’s an immigrant. The sooner idiots of any complexion realize it, the sooner the Democratic experiment can resume. Contrast this notion of political warfare with the current WH strategists. 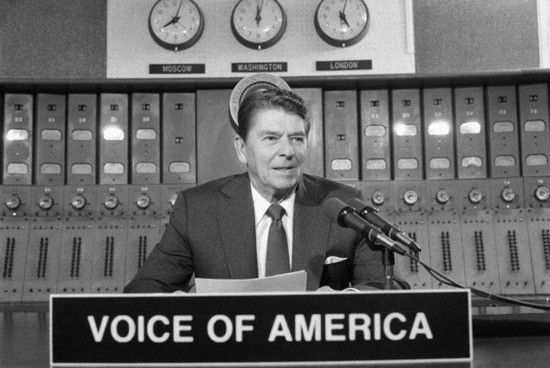 The problem is that no government agency—not the State Department, not the Pentagon, and not the CIA—views political warfare as a core mission. This gap is partially filled by the National Endowment for Democracy, the International Republican Institute, and the National Democratic Institute, entities created during the Reagan administration to promote democracy abroad in an overt manner. But these organizations primarily focus on the procedures of democracy—training activists to conduct campaigns and elections—rather than trying to influence substantively who assumes power. That has rightly allowed them to maintain a neutral reputation but also leaves a yawning gap in the U.S. government’s capabilities…

“Political warfare” may be an alien-sounding concept in 2013, but that is precisely the problem. The United States will never best its rivals and enemies without enhancing its capacity to exert influence in countries whose futures are up for grabs. That this can be done successfully should be clear from the experience of the Cold War, even if there are many differences between the situation then and now. It is high time to rediscover lost skill sets and get to work countering the attempts of various anti-American actors to shape the world—and in particular the Muslim world—in their own image.

It will be difficult to measure the outcome of a political warfare campaign—hard metrics are easier to come by for kinetic targeting than for political-influence operations, which is why American leaders naturally prefer the former to the latter. But U.S. enemies, from Iran to al-Qaeda, work hard and often effectively to shape public opinion with influence operations, not just with the use of force. Unless the United States counters their efforts in kind, it is likely to find the greater Middle East developing in a dangerous direction.

16 Responses to The ‘many sides’, of the RWNJs’ phantom enemies