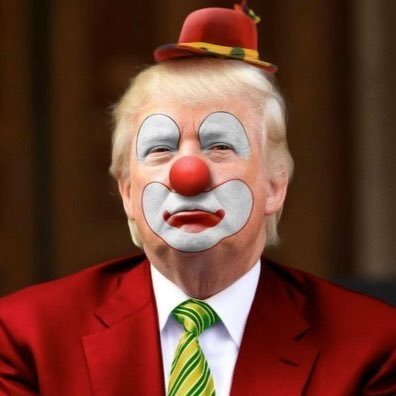 More puzzling is the fact that Bannon would phone a writer and editor of a progressive publication (the cover lines on whose first two issues after Trump’s election were “Resisting Trump” and “Containing Trump”) and assume that a possible convergence of views on China trade might somehow paper over the political and moral chasm on white nationalism. The question of whether the phone call was on or off the record never came up. This is also puzzling, since Steve Bannon is not exactly Bambi when it comes to dealing with the press. He’s probably the most media-savvy person in America.

Surrealpolitik: Steve Bannon recently gave an interview to a liberal publication, American Prospect, on economic nationalism, trade war, and a plea to pay no attention to the massive unrest within the WH.

Key was to not talk about anything Russian, or Mercer-related, or Cambridge Analytica, or about Bannonism itself.

His comments as few as they’ve been, have tended to discussing ‘economic nationalism’ because that distracts media and helps focus GOP loyalty since it at present is about China, leaving immigration and Islamophobia alone.Hence ‘ethno-nationalism’ became a feint much like any distraction from the Mueller investigation. distancing himself from the white supremacist ‘collection of clowns’.

White House Chief Strategist Stephen Bannon condemned white nationalist “clowns” in an interview Wednesday, but continued to hit Democrats over “identity politics”, saying if they talked about race every day he could ensure Republican election victories.

“The Democrats, the longer they talk about identity politics, I got ’em,” the former head of Breitbart told The American Prospect in an interview.

“I want them to talk about racism every day.”

“If the left is focused on race and identity, and we go with economic nationalism, we can crush the Democrats,” he added.

Bannon: I want Democrats to talk about racism every day https://t.co/dGl1hg6xcZ pic.twitter.com/uoTtHyXffV

Economic nationalism refers to an ideology favoring policies that emphasize domestic control of the economy, labor, and capital formation, even if this requires the imposition of tariffs and other restrictions on the movement of labor, goods and capital.

In the interview, Bannon struck a similar tone, promising an “economic war” against China and laying out exactly how he’d want it to go down:

“To me,” Bannon said, “the economic war with China is everything. And we have to be maniacally focused on that. If we continue to lose it, we’re five years away, I think, ten years at the most, of hitting an inflection point from which we’ll never be able to recover.”

Bannon’s plan of attack includes: a complaint under Section 301 of the 1974 Trade Act against Chinese coercion of technology transfers from American corporations doing business there, and follow-up complaints against steel and aluminum dumping. “We’re going to run the tables on these guys. We’ve come to the conclusion that they’re in an economic war and they’re crushing us.”

The President has significant authority under federal law to retaliate against countries he believes are trading unfairly. Section 301, for example, authorizes tariffs and quotas against a country ruled to be engaging in “unjustifiable, unreasonable, or discriminatory” trading behavior. There are a number of statutes Trump could choose from in bringing tariffs against Chinese steel and aluminum.

These would likely cause China to retaliate with tariffs of its own, launching an international trade war leaving everyone, particularly poor people in China, worse off.

One geopolitical reason not to do this is that China is by far the largest trading partner of North Korea, which gives it significant economic leverage with which to pressure the regime. The Trump administration might want to stay on China’s good side to try to push North Korea to stop missile tests and slow its nuclear program.

Bannon said he might consider a deal in which China got North Korea to freeze its nuclear buildup with verifiable inspections and the United States removed its troops from the peninsula, but such a deal seemed remote. Given that China is not likely to do much more on North Korea, and that the logic of mutually assured destruction was its own source of restraint, Bannon saw no reason not to proceed with tough trade sanctions against China.But Bannon suggests that for him, at least, this is not a priority:

Bannon explained that his strategy is to battle the trade doves inside the administration while building an outside coalition of trade hawks that includes left as well as right. Hence the phone call to me.

There are a couple of things that are startling about this premise. First, to the extent that most of the opponents of Bannon’s China trade strategy are other Trump administration officials, it’s not clear how reaching out to the left helps him. If anything, it gives his adversaries ammunition to characterize Bannon as unreliable or disloyal.

Bannon reaching out to American Prospect to posture for the left shows how dangerous he is-it was a stealthy PR stunt to box in Trump.

Breitbart continues to use globes in its headlines to denote Jews. Seriously guys, just use yellow stars. YouÃ¢ÂÂre not fooling anyone. pic.twitter.com/Wh2pvNDJu7 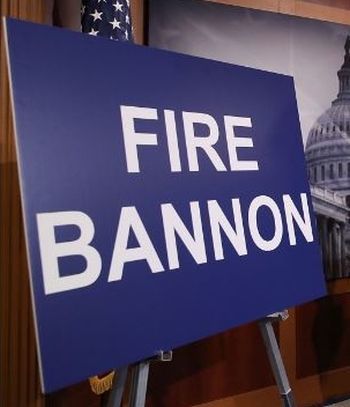 Reuters cited three White House officials earlier Wednesday who said that Bannon could be demoted by Trump, who they described as “nervous” about the blowback from punishing Bannon.

“The president obviously is very nervous and afraid of firing him,” a source told Reuters on Wednesday.

And in #TrumpRussia, an Ukrainian malware expert who hacked the DNC, is now talking to the FBI, but like many characters, it is more about the other connections. Like the late Peter W. Smith was not as important himself to the FBI as the connections he created. And some Russians are nervous, since Rohrabacher is now talking to Assange.

Theory: Assange met with Rohrabacher bc he (and Johnson) figure speech and debate will get him back to the US delivering materials to Trump.

Also curious when meeting got scheduled? Before NYer profile? https://t.co/LNUrK0NW6w
B4 news of cooperating UKR?https://t.co/m2NWcZCqQC