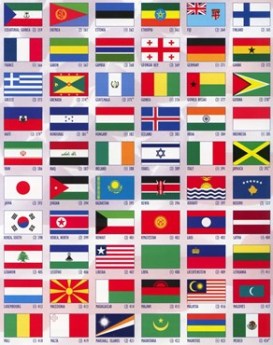 1356 –The English army of Edward, the Black Prince, wins the Battle of Poitiers against the French, and captures French King John II

Edward, Prince of Wales as Knight of the Order of the Garter, 1453,
illustration from the Bruges Garter Book

1676 – 500 Virginia settlers, led by Nathaniel Bacon, rebel against Colonial governor William Berkeley in Jamestown, angry about Berkeley’s slow response to attacks upon them by local Indian tribes; the rebellion is quickly crushed

1692 – Giles Corey, aged 81, is pressed to death, continuing to refuse to enter a guilty or not guilty plea to charges of witchcraft, during the Salem witch trials

1749 – Jean Baptiste Delambre born, French mathematician, astronomer and author of books on the history of astronomy; Director of the Paris Observatory (1804-1822)

1783 – The Montgolfier brothers send live animals up in a hot air balloon, including a sheep and a rooster 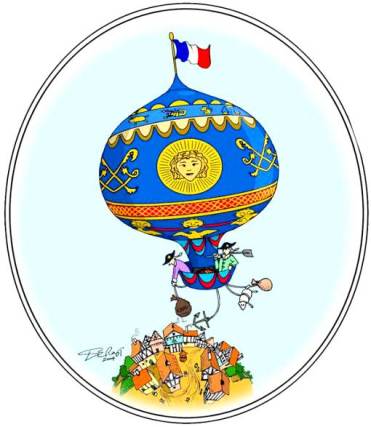 1862 – At the Battle of Iuka in Mississippi, Union troops defeat Confederate forces under General Sterling Price, while he and his second-in-command pass messages back and forth to each other through an aide since they are not on speaking terms. (A member of my family I am not proud of, except that his bullheadedness did help the Union cause)

1879 – In the UK, the Blackpool Illuminations are switched on for the first time

1881 – President James A. Garfield dies, after two months of suffering from gunshot wounds inflicted by an assassin

1883 – Mabel Vernon born, American Quaker pacifist and national leader in the U.S. suffragist movement; a principal member of the Congressional Union for Women Suffrage with major figures like Inez Milholland and Alice Paul, helped organize the 1913 Woman Suffrage Parade and the Silent Sentinels, a daily picket of Woodrow Wilson in front of the White House

1889 – Sarah Louise Delany born, African American civil rights pioneer; the first black NY public schools teacher of high-school-level domestic science; she and her sister are the subjects of the oral history, Having Our Say, by journalist Amy Hill Hearth

1911 – William Golding born, author; notable for his classic novel Lord of the Flies; winner of the 1983 Nobel Prize in Literature 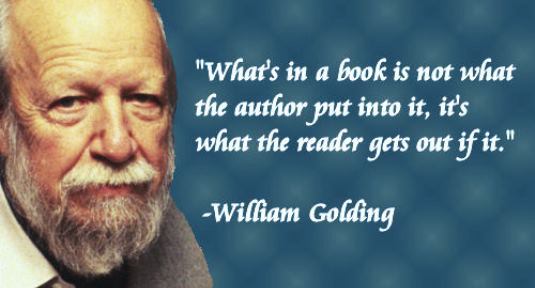 1922 – Damon Knight born, American science fiction writer and editor; his short story “To Serve Man” was adapted as a classic episode of television’s The Twilight Zone

1930 – Bettye Lane born, American photojournalist who covered the American feminist movement, donating over 1700 images and her collection of ephemera, all documenting the women’s movement from the 196os to the 1980s, to the Schlesinger Library; some of her work is also preserved at the Library of Congress and the NY Public Library

1934 – Over two years after the kidnapping and murder of Charles and Anne Lindburgh’s 20-month-old son, Bruno Hauptmann is arrested in New York

1946 – Winston Churchill, speaking at the University of Zurich in Switzerland, calls for a Council of Europe, which is founded in 1949 by the Treaty of London

1952 – The U.S. bans Charlie Chaplin from re-entering the country

1957 – The U.S. conducts its first underground nuclear test in Nevada

1959 – Soviet Premier Nikita Krushchev is told ‘nyet’ – Disneyland, ‘the happiest place on Earth’, will not allow him to visit

1995 – John Bauer and Mark Summers decide on June 6 that what the world needs is Talk Like a Pirate Day * – but June 6 is D-Day, so they choose Mark’s ex-wife’s birthday, September 19, instead, but their friend Brian Rhodes has to keep reminding them about it until 2002 when John chances upon Dave Barry’s email, and they send him their great idea, asking him to be the spokesperson for TLAP day. Dave Barry writes a really funny column (of course) about the idea, and it’s now an international holiday

2001 – U.S. combat aircraft are sent to the Persian Gulf in response to the 9-11 terrorist attacks on the Pentagon and the NY’s World Trade Center

2002 – George W. Bush asks Congress for authority to use military force if necessary to disarm and overthrow Iraqi leader Saddam Hussein if he doesn’t abandon weapons of mass destruction

2006 – The first Get Ready Day * is launched by the American Public Health Association (APHA) as an annual event on the third Tuesday in September to promote family and community preparedness for everything from natural disasters to flu season. They offer free, downloadable materials on health hazards, and preparing for emergencies:  http://www.getreadyforflu.org/newsite.htm

2008 – The Bush administration asks Congress for $700 billion to buy mortgage-related assets from U.S. financial institutions to stave off financial catastrophe

Nona Blyth Cloud has lived and worked in the Los Angeles area for over 50 years, spending much of that time commuting on the 405 Freeway. After Hollywood failed to appreciate her genius for acting and directing, she began a second career managing non-profits, from which she has retired. Nona has now resumed writing whatever comes into her head, instead of reports and pleas for funding. She lives in a small house overrun by books with her wonderful husband.
View all posts by wordcloud9 →
This entry was posted in History, Holidays, On This Day and tagged Damon Knight, Ferdinand Porsche, Jeannette MacDonald, John Keats, Mabel Vernon, Sarah Louise Delany, William Golding. Bookmark the permalink.
Loading Comments...
%d bloggers like this: