326 – The old, original St. Peter’s Basilica is consecrated in Rome, on the site of the Circus of Nero 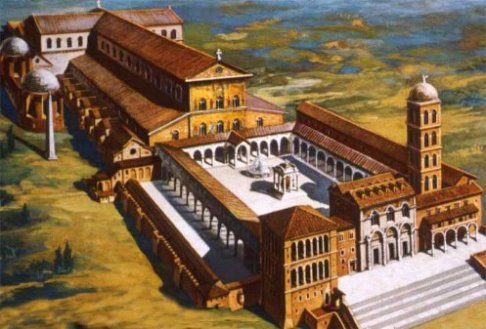 1825 – Susan T. Mills born, with her husband Cyrus, founded Mills Seminary, a boarding school for young women, which became Mills College, the first women’s college in California; in 1890, she became the college’s president, hiring architect Julia Morgan in 1904 to design six buildings to expand the campus; she retired in 1909 at the age of 84

1836 – W. S. Gilbert born, English playwright and lyricist; with composer Arthur Sullivan, they wrote 14 operettas, including H.M.S. Pinafore, The Pirates of Penzance and The Mikado

Mary Pickford, star of the United Artists war drama Straight is the Way, with director Frances Marion, on the set in 1920

1939 – Margaret Atwood, Canadian author, poet, and critic; The Handmaid’s Tale, and The Blind Assassin among many others

Nona Blyth Cloud has lived and worked in the Los Angeles area for the past 50 years, spending much of that time commuting on the 405 Freeway. After Hollywood failed to appreciate her genius for acting and directing, she began a second career managing non-profits, from which she has retired. Nona has now resumed writing whatever comes into her head, instead of reports and pleas for funding. She lives in a small house overrun by books with her wonderful husband.
View all posts by wordcloud9 →
This entry was posted in History, Holidays, On This Day and tagged Eugene Ormandy, Frances Marion, Johnny Mercer, Louis Daguerre, Margaret Atwood, Mark Twain, Rose Markwood Knox. Bookmark the permalink.
%d bloggers like this: