Christianity – traditional date for the birth of Christ

336 – The first recorded celebration of Christmas on December 25, during the reign of Emperor Constantine, the first Christian Roman Emperor

508 – Clovis I, king of the Franks, is baptized into the Catholic faith at Reims, by Bishop of Reims, later Saint Remigius

Merovingian coin from the reign of Clovis I

1066 – William the Conqueror, Duke of Normandy is crowned king of England at Westminster Abbey, London

1223 – St. Francis of Assisi assembles one of the first Nativity scenes, in Greccio, Italy

1583 – Orlando Gibbons born, English composer of keyboard works, madrigals and fantasias for viols – six of his pieces are included in the first printed collection of English keyboard music, Parthenia

1741 – Anders Celsius develops the Centigrade temperature scale; in the same year, he had also overseen the building of the Uppsala Observatory, the oldest astronomical observatory in Sweden, where he worked on the temperature scale 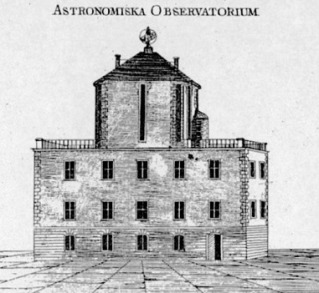 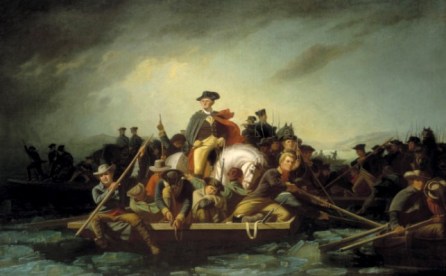 1831 – The Christmas Rebellion, an 11-day uprising of 60,000 of Jamaica’s 300,000 slaves, planned as a peaceful general strike. Led by ‘native’ Baptist preacher Samuel Sharpe, blacks demand more freedom and a working wage of “half the going wage rate.” They take oaths to stay away from work until their demands are met by the plantation owners, who refuse all of their demands. The strike escalates into the largest slave uprising in the British West Indies – the reprisals are brutal, slaves are executed for any infraction, and buried in mass graves, and chapels of slave congregations destroyed

1837 – Zachary Taylor leads 800 men in the Battle of Lake Okeechobee FL against less than 400 Seminoles. His troops suffered heavy casualties, while the Seminoles lost only about a dozen warriors, but Taylor’s men succeeded in driving the Seminoles away across the Lake. The ‘Florida War’ lasted from December 1835 to August 1842, and is the longest and most expensive of the U.S. conflicts with Native Americans

1868 – U.S. President Andrew Johnson granted an unconditional pardon to all persons involved in the Southern rebellion that resulted in the Civil War

1876 – Muhammad Ali Jinnah born, founder of the nation of Pakistan, and its first Governor-General

1883 – Hana Miesel born in Belarus, then part of the Russian Empire; Israeli agronomist, Zionist and feminist; founder of Havat HaAlamot (the maidens’ farm) and a women’s agricultural school at Hahalal

1939 – “A Christmas Carol” by Charles Dickens, is read on CBS radio for the first time

1950 – The Stone of Scone is taken from Westminster Abbey by four Scottish nationalist students and returned to Scotland, although broken in two during the extrication.  It is taken back by England in 1951, but ultimately returned to Scotland in 1996. The Stone of Scone is the ancient coronation stone of the monarchs of Scotland, captured by English King Edward I in 1296 and taken to Westminster Abbey, fitted into the base of a wooden chair, and subsequently used for the coronations of English monarchs. Although there is a legend that the true stone was hidden by monks from Edward’s army, and the English got a fake, the supposed real stone has not been found

1958 –‘The Chipmunk Song’ becomes the only Christmas song in U.S. history to be #1 on Christmas Day

1968 – Apollo 8 performs the first successful Trans-Earth injection (TEI) maneuver, sending its crew and spacecraft on a trajectory back to Earth from Lunar orbit

1977 – Israeli Prime Minister Menachem Begin meets with President Anwar Sadat in Egypt. They had met in November in Israel, and Sadat had addressed the Knesset

1989 – Deposed President of Romania Nicolae Ceaușescu and his wife, First-Deputy Prime-Minister Elena are condemned to death and executed after a summary trial

1989 – Dissident playwright Vaclav Havel is elected as president of Czechoslovakia

1991 – Mikhail Gorbachev resigns as President of the Soviet Union (the union itself is dissolved the next day). Ukraine’s referendum is finalized and it officially leaves the Soviet Union

2000 – Russian President Vladimir Putin signs a bill into law that officially establishes a new National anthem of Russia, with music adopted from the anthem of the Soviet Union that was composed by Alexander Vasilyevich Alexandrov

Nona Blyth Cloud has lived and worked in the Los Angeles area for the past 50 years, spending much of that time commuting on the 405 Freeway. After Hollywood failed to appreciate her genius for acting and directing, she began a second career managing non-profits, from which she has retired. Nona has now resumed writing whatever comes into her head, instead of reports and pleas for funding. She lives in a small house overrun by books with her wonderful husband.
View all posts by wordcloud9 →
This entry was posted in History, Holidays, On This Day and tagged Admiral Chester W. Nimitz, Anders Celsius, Clara Barton, Ringo Starr, Rod Serling, Sydney Lady Morgan, Václav Havel. Bookmark the permalink.