83 BC – Marc Antony born, Roman general and politician, who paid a critical role in the transformation of the Roman Republic into the autocratic Roman Empire

1301 – Andrew III of Hungary dies, ending the Hungarian Árpád dynasty; Wenceslaus III of Bohemia, betrothed to Andrew’s only daughter Elizabeth, is elected King of Hungary by the majority of Hungarian lords and prelates

1639 – The “Fundamental Orders,” sometimes considered the first written constitution that created a government, are adopted in Connecticut; the orders state that government is founded on the rights of individuals, including the right of all free men to share in electing their magistrates, and to use secret, paper ballots

1784 – The Treaty of Paris is ratified at the Maryland State House, officially ending the American Revolutionary War – celebrated in the U.S. as National Ratification Day *

1900 – Puccini’s opera Tosca has its world premiere in Rome

1905 – Emily Hahn born, American journalist, author, biographer and feminist; her loves of travel and animals greatly influenced her work, a significant chronicle of Asia and Africa in the 1930s and 40s for Western readers 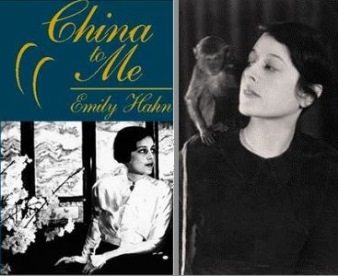 1922 – Diana McConnel Wellesley born, later Duchess of Wellington; WWII British intelligence officer, who helped foil a bomb plot aimed at her wedding at St. George’s Cathedral on January 28, 1944; she didn’t tell her groom of the near-miss, and he assumed they had a police escort because she was a general’s daughter, and he was the heir to the Dukedom

1936 – Harriet Hilliard, vocalist and wife of bandleader Ozzie Nelson, sings, “Get Thee Behind Me Satan”

1943 – Franklin D. Roosevelt becomes the first U.S. President to travel by airplane while in office in order to meet with Britain’s Prime Minister Winston Churchill in Casablanca to review the wartime situation and discuss strategy

1943 – Shannon Lucid born, American biochemist and NASA astronaut; set the records for longest stay in space by an American, and by a woman, on a mission aboard the Mir space station, the only American woman to serve aboard Mir

1944 –Nina Totenberg born, American legal affairs correspondent for National Public Radio (NPR), primarily reporting on the U.S Supreme Court; panelist on Inside Washington (1992-2013); honored seven times by the American Bar Association for excellence in legal reporting; recipient of the first-ever Toni House Award for body of work by the American Judicature Society; first radio journalist named as Broadcaster of the Year by the National Press Foundation; her reporting on Anita Hill’s testimony during the Clarence Thomas hearings became part of the Jewish Women’s Archive’s online exhibit Jewish Women and the Feminist Revolution

1972 – Queen Margrethe II of Denmark ascends the throne, the first Queen of Denmark since 1412 and the first Danish monarch not named Frederick or Christian since 1513

1973 – Elvis Presley’s concert Aloha from Hawaii is broadcast live via satellite, setting a record for most watched broadcast by an individual entertainer in television history

1989 – Paul McCartney releases his album Back In The U.S.S.R. in Russia

1998 – In Dallas, researchers report an enzyme slows the aging process and cell death

1999 – The U.S. proposes lifting the U.N. ceilings on the sale of oil in Iraq, if profits are restricted to use in buying medicine and food for the Iraqi people

2004 – The national flag of the Republic of Georgia, the so-called “five cross flag”, is restored to official use after a hiatus of some 500 years

Nona Blyth Cloud has lived and worked in the Los Angeles area for the past 50 years, spending much of that time commuting on the 405 Freeway. After Hollywood failed to appreciate her genius for acting and directing, she began a second career managing non-profits, from which she has retired. Nona has now resumed writing whatever comes into her head, instead of reports and pleas for funding. She lives in a small house overrun by books with her wonderful husband.
View all posts by wordcloud9 →
This entry was posted in History, Holidays, On This Day and tagged Albert Schweitzer, Berthe Morisot, Hugh Lofting, Marc Antony, Paul McCartney, Tillie Ollsen. Bookmark the permalink.