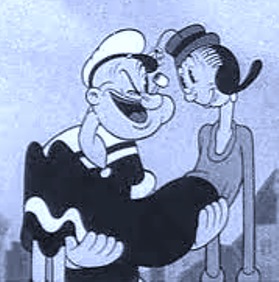 395 – Theodosius I, Roman Emperor, dies at the age of 48, leaving rule of the Roman Empire divided so his son Arcadius rules the eastern half, while his younger brother Honorius is to rule in the west, even though he is only 10 years old – the Empire was never again united

1377 – The Papal See moves back to Rome from Avignon, France 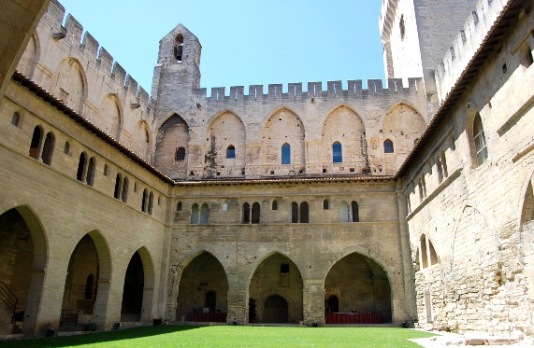 Palace of the Popes at Avignon

1562 – In France, Catherine de’ Medici promulgates the Edict of Saint-Germain to recognize the Huguenots, giving limited guarantees of freedom of conscience and private worship, but the Parlement of Paris made remonstrances to the crown concerning conflicts with previous laws, delaying its ratification until after the Massacre of Vassy: on March 1, 1562, 63 Huguenots armed only with stones, were killed and their place of worship burned, beginning the French Wars of Religion

1648 – In response to hearing that Charles I entering an engagement with the Scots, England’s Long Parliament passes the Vote of No Addresses, breaking off negotiations with the king, leading to the second phase of the English Civil War

1795 – The Dudingston Curling Society is organized in Edinburgh, Scotland

1814 – Ellen Wood born, English novelist who published as Mrs. Henry Wood; several of her books became international bestsellers, including The Channings, and East Lynne, for which she is most remembered

1820 – Anne Brontë born, English author and poet, the youngest of the Brontë sisters; notable for Agnes Grey and The Tenant of Wildfell Hall

1863 – Constantin Stanislavski born, Russian director-actor; creator of the Stanislaski system of actor training, preparation and rehearsal technique; co-founder of the Moscow Art Theatre, where he directed several premieres of play by Anton Checkov and Maxim Gorky; author,  An Actor Prepares and Building a Character

1877 – May Gibbs born in England, Anglo-Australian children’s author, illustrator and cartoonist; her family moved to Australia when she was four; she studied art in England; noted for her “gumnut babies” and the book Snugglepot and Cuddlepie; while in England, drew cartoons for the Common Cause, published by the Suffragettes

1886 – Glenn Martin, American aviation pioneer, is born; his company, which produced the WWI MB-1 and MB-2 bombers, would later merge with Lockheed

1893 – Lorrin A. Thurston, along with the so-called Citizens’ Committee of Public Safety and American troops sent to “protect” them, leads the overthrow the Kingdom of Hawaii and the government of Queen Liliʻuokalani

1899 – Nevil Shute born, English engineer and novelist; On the Beach

1900 – Yaqui Indians in Texas proclaim their independence from Mexico

1912 – English explorer Robert Falcon Scott reaches the South Pole, only to discover that Norwegian Roald Amundsen had beaten him there by a month. Scott and his party die during the return trip

1914 – William Stafford born, American poet and pacifist, the 20th Consultant in Poetry to the Library of Congress (1970) 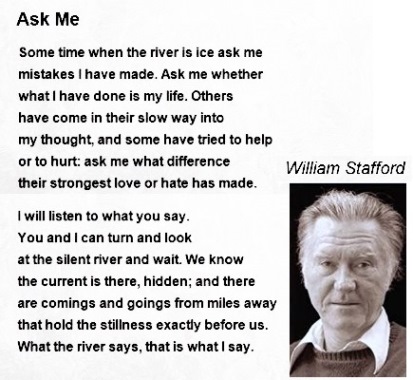 1924 – Jewel Plummer Cobb born, great-granddaughter of a freed slave; American biologist, cancer researcher, professor, dean and academic administrator; earned a B.A. in biology in 1945, but had to fight for a fellowship for graduate study in biology; worked on finding a cure for melanoma as an independent researcher at Woods Hole Marine Biological Laboratory; advocate for women and students of color being admitted to universities and graduate school

1927 – Eartha Kitt born, American multi-talented performer, peace and civil rights activist, founder of a non-profit to help disadvantaged youths in Los Angeles; her career in the U.S. took a nosedive in 1968, after Ladybird Johnson asked her about the Vietnam War and she made frank anti-war statements before the press; she was falsely branded as a “sadistic nymphomaniac” and other slanders in a CIA dossier (discovered in 1975) and blacklisted; she left the U.S to make a living in Europe and Asia; when she stepped in as a replacement in London’s West End production of the musical Follies, she stopped the show singing “I’m Still Here”; made a triumphal return to the U.S starring on Broadway in Timbuktu! in 1978

1934 – Ferdinand Porsche submits design for a people’s car, a “Volkswagen,” to the new German Reich government

1945 – Swedish diplomat Raoul Wallenberg, who saved thousands of Jews in Hungary from the Holocaust during WWII, is detained by SMERSH, Soviet Red Army counter-intelligence, on suspicion of espionage and disappears

1949 – Anita Borg born, American computer scientist; pioneer in email communication; founder of Systers, the Institute for Women and Technology, and the Grace Hopper Celebration of Women in Computing

1961 –  U.S. President Eisenhower delivers a televised farewell address three days before leaving office, in which he warns against the accumulation of power by the “military–industrial complex” as well as the dangers of massive deficit spending

1961 – Patrice Lumumba * killed, independence leader, first democratically elected Congolese prime minister, arrested during a coup d’état, he was imprisoned, starved, beaten and tortured, then finally driven to an isolated location and shot to death with two others

1996 – The Czech Republic applies to the European Union for membership

2012 – Kelly Clarkson single “Stronger (What Doesn’t Kill You)” released in the U.S.

2016 – The first International Mentoring Day * is launched by the National Mentoring Partnership in partnership with the Muhammad Ali Center and Epicenter Community’s Mentoring for Change initiative to support and applaud mentors everywhere, raise awareness of the UN Sustainable Development Goals and honor the memory of Muhammad Ali

Nona Blyth Cloud has lived and worked in the Los Angeles area for the past 50 years, spending much of that time commuting on the 405 Freeway. After Hollywood failed to appreciate her genius for acting and directing, she began a second career managing non-profits, from which she has retired. Nona has now resumed writing whatever comes into her head, instead of reports and pleas for funding. She lives in a small house overrun by books with her wonderful husband.
View all posts by wordcloud9 →
This entry was posted in History, Holidays, On This Day and tagged Anne Brontë, Benjamin Franklin, Constantin Stanislavski, Eartha Kitt, Mrs. Henry Wood, Muhammad Ali, Pedro Calderón de la Barca. Bookmark the permalink.