960 – Zhao Kuangyin becomes Emperor Taizu, the first emperor of the Song dynasty in China; he expanded the imperial examination system so most civil service workers were recruited through the exams, and encouraged education by building academies which were allowed a great deal of freedom of discussion; curtailed the power of the military, ending an era of warlords; the Song dynasty lasted over three centuries 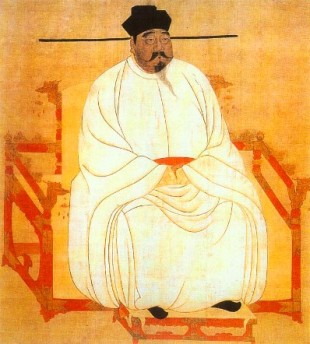 1555 – John Rogers is the first Protestant burned at the stake under Mary I of England after she revived the Heresy Acts, returning the English church to Roman jurisdiction

1703 – In Edo (now Tokyo), 46 of the Forty-seven Ronin commit seppuku (ritual suicide) as recompense for avenging their master’s death

1789 – George Washington is unanimously elected as the first President of the United States by the U.S. Electoral College

1794 – The French legislature abolishes slavery throughout all territories of the French First Republic, but it will be reestablished in the French West Indies in 1802

1820 – During the Chilean War of Independence, the Chilean Navy, commanded by former British Naval officer Lord Cochrane, captures Valdivia from the Spanish forces with 300 men and 2 ships 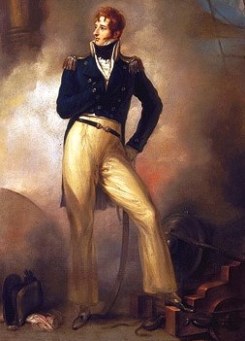 1859 – The Codex Sinaiticus, the Sinai Bible, a handwritten copy of the Greek Bible from the 4th century, is discovered in Egypt

BLACK HISTORY MONTH Highlight:
1899 – Virginia M. Alexander born, African-American physician, obstetrician and gynecologist; in spite of financial hardship, graduated in three years from the University of Pennsylvania; applied to the Woman’s Medical College of Pennsylvania, with the second highest application score, and received a scholarship from a WWI veteran’s mother which helped with her expenses; although she faced racial prejudice and discrimination, she graduated, but had a very difficult time getting an internship, turned away by many hospitals because of her race and gender, but Kansas City General Hospital reversed their policy of not allowing women, so she and another woman were accepted there; after completing her internship, she went back to Philadelphia, and began a private practice, opening the Aspirant Health Home in 1931, which provided health services to poor members of the black community in North Philadelphia, offsetting the costs with income from her private practice, and sharing medical responsibilities with her colleague Helen O. Davis; in 1937, she got a master’s degree in Public Health, the first black student to attend the Yale School of Public Health; during WWII worked for the U.S. Department of Health; after the war, worked at local Philadelphia hospitals, taught classes at Howard University, and later at the Women’s Medical College Hospital 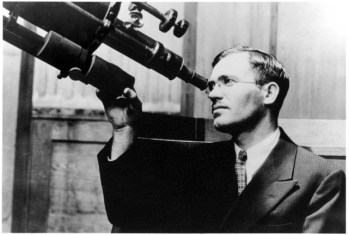 1918 – Ida Lupino born, actress, director and producer; first woman to direct a film noir, The Hitch-Hiker, in 1953; and the only woman to direct episodes (one uncredited) of the original Twilight Zone series; one of the first producers to use product placement to help offset the cost of her movies

1936 – At UC Berkeley, Dr. John Jacob Livingood bombards elements with 5-MEV, and  discovers irradiated bismuth emits fast electrons with a 5-day half-life, which is the behavior of Radium E, leading to making the first synthetic Radium

1938 – Our Town by Thornton Wilder opens in Broadway

1941 – Roy J. Plunkett patents Teflon, which he discovers accidentally in 1938

1943 – Wanda Rutkiewicz born, Polish mountain climber; first woman to successful climb K2; she had reached the summit on eight of the fourteen ‘eight-thousanders’ on her list of mountains to conquer before she went missing on Kanchenjunga; there is no evidence to show whether she reached the summit or not; her body hasn’t been found

1943 – Purvis Young born, self-taught black artist whose work depicts poverty, crime, and other social issues; painted on discarded objects, like doors, cardboard, or pieces of wood; his works are in the collections the Corcoran Gallery of Art, Philadelphia Museum of Art, the Bass Museum of Art, and Virginia Museum of Fine Art 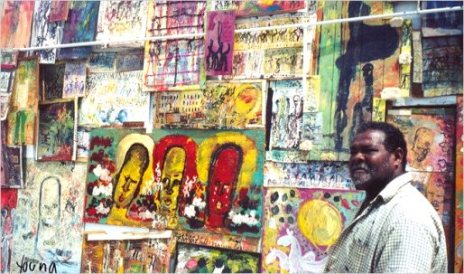 1945 – The Yalta Conference of Churchill, FDR and Stalin begins in the Crimea

1971 – USO Day * is proclaimed  by President Nixon on the 30th anniversary of the founding of the United Service Organizations: thousands of USO volunteers have boosted morale and brought entertainment to the U.S. Armed Forces in war and peace since before WWII (see also 1941 entry)

1993 – Russian scientists unfurl a giant mirror in orbit and flash a beam of sunlight across Europe during the night, which observers saw as a momentary flash

2000 – World Cancer Day * is established by the Paris Charter adopted at the World Summit Against Cancer for the New Millenium to highlight new developments in cancer research, and educate the public on prevention and treatment

2004 – Mark Zuckerberg founds Facebook, for better or for worse

Nona Blyth Cloud has lived and worked in the Los Angeles area for the past 50 years, spending much of that time commuting on the 405 Freeway. After Hollywood failed to appreciate her genius for acting and directing, she began a second career managing non-profits, from which she has retired. Nona has now resumed writing whatever comes into her head, instead of reports and pleas for funding. She lives in a small house overrun by books with her wonderful husband.
View all posts by wordcloud9 →
This entry was posted in History, Holidays, On This Day and tagged Betty Friedan, Charles Lindbergh, Jenny Shipley, Purvis Young, Rosa Parks, Thomas Cochrane 10th Earl of Dundonald, Virginia M. Alexander. Bookmark the permalink.
%d bloggers like this: