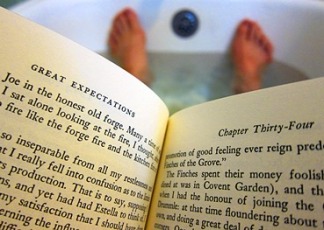 No One Eats Alone Day *

1555 – John Hooper, Anglican Bishop of Gloucester and Worcester, is burned at the stake for heresy during Queen Mary I’s reign after she restores Catholicism

1825 – After no candidate receives a majority of electoral votes in the US presidential election of 1824, the United States House of Representatives elects John Quincy Adams as President of the United States

1849 – Laura Clay born, suffragist, orator, co-founder and first president of the Kentucky Equal Rights Association; her name was placed into nomination for the presidency at the 1920 Democratic National Convention

1854 – Aletta Jacobs born, Dutch physician, a leader of the International Woman Suffrage Alliance and an ardent pacifist, who went on a world speaking tour, meeting with feminists and pacifists around the world; first woman to officially attend a Dutch University and first woman physician in the Netherlands; a birth control advocate who set up the Netherlands’ first family planning centre, as a free clinic for poor women and prostitutes, also teaching hygiene, maternal care and childcare courses; advocated for social justice and labor rights, including breaks for women working 10 hour days on their feet in shops

1934 – The Balkan Entente is formed by the Balkan Pact Treaty signed by Greece, Turkey, Romania and Yugoslavia, to maintain the geopolitical status quo of the post WWI years. All territorial disputes among the member nations are suspended.  Italy, Albania, Bulgaria, Hungary, and the Soviet Union refuse to sign.

1945 – Carol Wood born, American mathematician who researched mathematical logic, model-theoretic algebra and theory of differentially closed fields; President of the Association for Women in Mathematics (1991-1993); served on board of trustees for the American Mathematical Society (2002-2007)

2011 – Spain’s best-known judge Baltasar Garzón, known for issuing an international warrant to arrest Chilean dictator Augusto Pinochet for alleged deaths and torture of Spanish citizens, is banned from the legal profession for 11 years, without appeal, for illegal wire-tapping.  He now serves as head of Wikileaks’ Julian Assange’s legal team

2012 – No One Eats Alone Day * is started by Beyond Differences in a few middle schools in Northern California on the second Friday in February – this year, over a million students at 2,000 middle schools in all 50 states will participate

Nona Blyth Cloud has lived and worked in the Los Angeles area for the past 50 years, spending much of that time commuting on the 405 Freeway. After Hollywood failed to appreciate her genius for acting and directing, she began a second career managing non-profits, from which she has retired. Nona has now resumed writing whatever comes into her head, instead of reports and pleas for funding. She lives in a small house overrun by books with her wonderful husband.
View all posts by wordcloud9 →
This entry was posted in History, Holidays, On This Day and tagged Aletta Jacobs, Alice Walker, Bernard Harris, Eric Holder, Natsume Sōseki, Satchel Paige, Sheila Kuehl. Bookmark the permalink.
Loading Comments...
%d bloggers like this: