624 – Battle of Badr takes place in the Hejaz region (modern-day Saudi Arabia), a key battle in the infancy of Islam, a turning point in Muhammad’s struggle with his opponents among the Quraish in Mecca; it is reported as the first large-scale engagement between the two forces, and a decisive victory for the Muslims against an army triple their size, fielded by one of the richest and most powerful cities in Arabia – no known contemporary descriptions exist, the first accounts date from the 9th Century 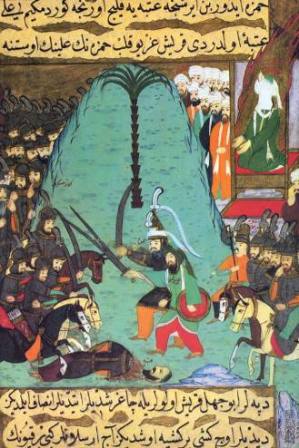 874 – The bones of Saint Nicephorus interred in the Church of the Holy Apostles, Constantinople; a rigid iconodule (supporter of religious images and their veneration), Nicephorus goes in and out of favor as Emperors change; though a layman in charge of the largest home for the destitute in the city, appointed Ecumenical Patriarch of Constantinople (806-815); opposed by the Stroudites (monks of Monastery of Stoufdios, Constantinople’s most important monastery from 462 to about 1204), he is forced to retire to a cloister he founded, revered as a confessor, while writing iconodulist literary polemics 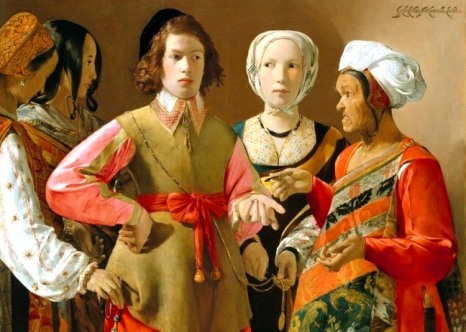 1639 – New College in Cambridge Massachusetts, is renamed Harvard College, for English clergyman John Harvard, who gives a deathbed bequest to the school, which had been founded just three years before

1660 – Virginia enacts a law on ‘English’ (whites) running away with negroes: “BEE itt enacted That in case any English servant shall run away in company with any negroes who are incapable of makeing satisfaction by addition of time, Bee itt enacted that the English so running away in company with them shall serve for the time of the said negroes absence as they are to do for their owne by a former act.” 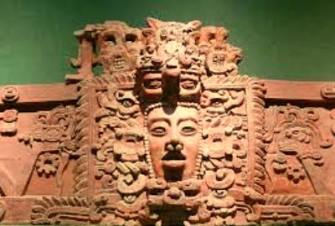 1777 – U.S. Congress orders its European envoys to appeal to high-ranking foreign officers to send troops to reinforce the American army

1781 – German-born British astronomer and composer William Herschel discovers that Uranus is not a star, but a planet, which makes him an instant celebrity; George III appoints him as Court Astronomer, and he is elected as a Fellow of the Royal Society

1813 – Lorenzo Delmonico born, in Switzerland, but joins his uncles in 1851 their NYC catering and pastry shop, then transforms the business into one of the most famous restaurants in the country

1864 – The first Navajos finish the “Long Walk” to Fort Sumner on the Bosque Redondo Reservation, in east-central New Mexico, on this date. During their march, over 300 of the 1,430 who started the trip were kidnapped by slavers or died

1884 – Standard time is adopted throughout the U.S.

1892 –  Janet Flanner born, American journalist and author, Paris correspondent for The New Yorker for 50 years, using pseudonym “Genêt” except during the Nazi occupation, was made a knight of the Legion d’Honneur (1948)

1898 – La Meri born, one of the most notable ethnological dancers from 1924 into  the 1970s, danced with Anna Pavlova, learned native dances all over the world, lectured, wrote, founded the Ethnologic Dance Theater

1901 – Andrew Carnegie follows up on his 1889 article, “The Gospel of Wealth” by announcing his retirement from business to devote himself to giving away his fortune, an estimated $300 million, to charities, foundations and universities

1902 – In Poland, schools are shut down across the country when students refuse to sing the Russian hymn “God Protect the Czar”

1908 – Myrtle Bachelder born, American chemist and Women’s Army Corps officer; worked on the WWII Manhattan Project, commanding a WAC detachment of the U.S. Army Corps of Engineers; she was responsible for analysis of the spectroscopy of uranium isotopes at Los Alamos, to ensure the purity of the sub-critical material in the world’s first atomic bombs; in 1945, she opposed a bill in Congress which would have maintained military control over nuclear research; in 1947, the newly formed Atomic Energy Commission declassified 270 secret documents, including records of Bachelder’s contributions to the success of the Manhattan Project; at the University of Chicago’s Institute for the Study of Metals, she worked as a research chemist, on a wide variety of projects, from developing methods to purify the rare elements tellurium and indium, to analyzing the chemical composition of brass cannons found on sunken ships in the Aegean Sea, and analyzing for NASA the chemistry of Moon rocks brought back from the Apollo missions from 1969 to 1972; in the 1980s, she supported nuclear arms control, but said of the work at Los Alamos during WWII, “One cannot pull that activity out of that time, set it down in the 1980s, and pass judgment.” 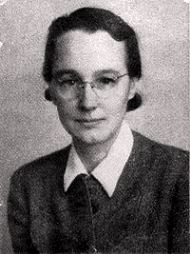 1908 – The people of Jerusalem see an automobile for the first time, owned by Charles Glidden of Boston

1911 – In Flint v. Stone Tracy, the U.S. Supreme Court rules 7-2 that the privilege of operating in corporate form is valuable and justifies imposition of a federal corporate income tax, which had been challenged by Stella P. Flint, as guardian of the property of Samuel N. Stone Jr., a Minor, arguing that it is actually an excise tax on corporations, which can be imposed by the states, but not the federal government 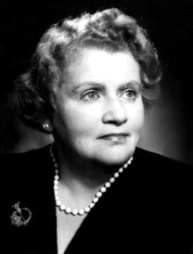 1918 – Women are scheduled to march in the St. Patrick’s Day Parade in New York due to a shortage of men due to wartime

1935 – 3,000-year-old archives are found in Jerusalem confirming some biblical history

1941 – Adolf Hitler issues an edict calling for an invasion of the U.S.S.R.

1941 – Donella Meadows born, pioneering American environmental scientist, teacher and writer, lead author of The Limits to Growth and Thinking in Systems: a Primer

1942 – Julia Flikke of the Nurse Corps becomes the first woman colonel in the U.S. Army

1947 – The musical Brigadoon opens on Broadway

1951 – Israel demands $1.5 billion in German reparations for the cost of caring for war refugees

1953 – Dame Nicola V. Davies born in Wales, became a Queen’s Counsel in 1992; served as Presiding Judge of the Wales Circuit(2014-2017); judge of the Queen’s Bench Division of the High Court of Justice of England and Wales 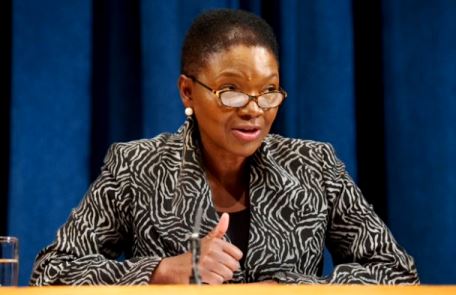 1957 – Jimmy Hoffa is arrested by the FBI on bribery charges

1957 – Cuba Revolutionary student groups attacked the Presidential Palace in an assassination attempt on Batista; 40 of the attackers are killed, only a few of the attackers escaped. The failed attack provoked brutal reprisals – even leaders of political opposition groups not involved in the attack were rounded up

1964 – Kitty Genovesse is raped and stabbed to death in New York City; neighbors hear her screams for help, but no one calls the police

1970 – A legal inquiry begins into the boundaries of the Fort Berthold Indian Reservation in North Dakota; much reservation land was lost in the 1950s when the Missouri river was dammed to create a lake named after Sakakawea, the Shoshone-Hidatsa woman who helped guide the Lewis and Clark Expedition

1980 – A  jury in Winamac, IN, finds Ford Motor Company innocent of reckless homicide in the fiery deaths of 3 young women while riding in a Ford Pinto

Susan Butcher with her dog Granite

1991 – Exxon is to pay $1 billion in fines and clean-up costs for the Exxon Valdez oil spill in Alaska – they will get tax deductions for the clean-up costs, but there are still 330 separate lawsuits pending filed by residents, fishermen and environmentalists; actual clean-up costs will exceed $7 billion

2003 – The journal Nature reports that scientists have found 350,000-year-old human footprints in Italy; 56 prints made by three early, upright-walking humans that are descending the side of a volcano 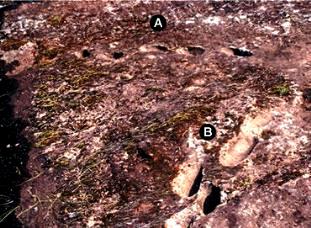 2004 – Luciano Pavarotti gives his final performance in an opera at NY’s Metropolitan Opera, planning only to sing in concerts until October 2005

2012 – After 244 years of publication, Encyclopædia Britannica announces it is discontinuing its print edition

Nona Blyth Cloud has lived and worked in the Los Angeles area for the past 50 years, spending much of that time commuting on the 405 Freeway. After Hollywood failed to appreciate her genius for acting and directing, she began a second career managing non-profits, from which she has retired. Nona has now resumed writing whatever comes into her head, instead of reports and pleas for funding. She lives in a small house overrun by books with her wonderful husband.
View all posts by wordcloud9 →
This entry was posted in History, Holidays, On This Day and tagged Dorothy M. Tangney, Ellen Raskin, Janet Flanner, La Meri, Lindy Boggs, Myrtle Bachelder, Susan Butcher. Bookmark the permalink.
Loading Comments...
%d bloggers like this: