The Stars and Stripes Forever Day * 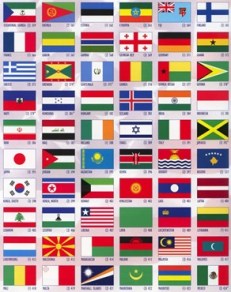 1264 – In the Second Barons’ War, Henry III is defeated at the Battle of Lewes by Simon de Monfort, 6th Earl of Leicester, who becomes the “uncrowned King of  England” when Henry is forced to sign the Mise of Lewes, ceding most of his powers to the Earl, and his son Prince Edward is held hostage by the barons 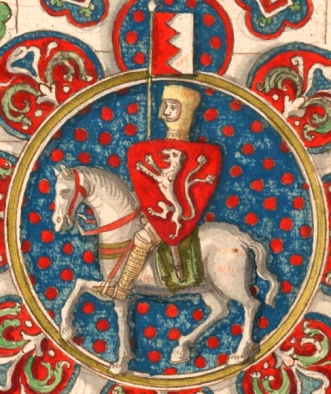 1727 – Thomas Gainsborough baptized (birth date not recorded), dominant English portrait painter of the second half of the 18th century, but he preferred painting landscapes and was also very influential in the development of the English landscape school; a founding member of the Royal Academy

1771 – Robert Owen born, Welsh manufacturer-turned-utopian socialist reformer; founds a cooperative shop that sells good quality goods and food to his workers at low cost, is a pioneer in British infant child care, vocal advocate for the 1819 Cotton Mills and Factories Act, and institutes an 8-hour workday; then gives most of his fortune to a utopia scheme in America

1787 – Delegates gather in Philadelphia PA to draw up the U.S. Constitution

1851 – Anna Laurens Dawes born, American author and newspaper correspondent, suffragist and advocate for women’s education; founder and president of the Wednesday Morning Club, and vice president of the Massachusetts State Suffrage Society; a trustee of Smith College (1889-1896), which named Dawes House in her honor; noted as author of How We are Governed, The Modern Jew: His Present and his Future, A United States Prison, An Unknown Nation, Charles Sumner, and The Indian as Citizen 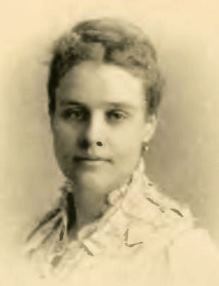 1861 – The Canellas meteorite, an 859-gram chondrite-type meteorite (around 285 pounds), strikes the earth near Barcelona, Spain

1884 – The national Anti-Monopoly Party is founded at a convention in Chicago IL, as several state-level parties join together; their platform called for direct election of senators, a graduated income tax, industrial arbitration, establishment of labor bureaus to protect the legal rights of organized labor, and strong antitrust legislation; they opposed tariffs and the granting of public land to railroads and other corporations

1897 – “The Stars and Stripes Forever” Day * commemorates the first public performance of John Philip Sousa’s stirring march. It is so popular that Congress has declared it the National March of the United States

1899 – Charlotte Auerbach born, German-Jewish zoologist and geneticist, pioneer in the science of mutagenesis, a process that changes the genetic information of an organism, causing a mutation, which can occur naturally, or due to exposure a mutagen, such as radiation or harmful chemicals 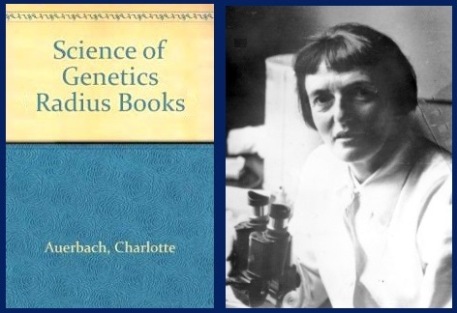 1904 – The first Olympic Games to be held in the United States open in St. Louis MO

1908 – Charley Furnas, a 28-year-old mechanic who sometimes did odd jobs for the Wright Brothers, becomes the first airplane passenger, in their two-seater Flyer, during its test flight at Kitty Hawk NC 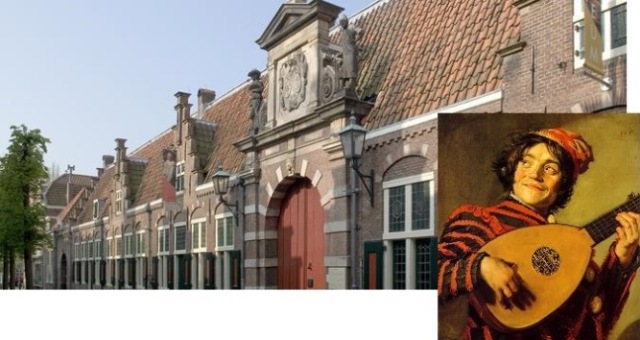 1919 –Solange Chaput-Rolland born, French Canadian journalist, author and politician; member of the National Assembly of Québec (1979-1981) and Canadian Senator (1988-1994); made on Officer of the Order of Canada in 1975; notable works include Chers ennemis (Dear Enemies), Le Mystère Québec (Mysterious Quebec), and Les Élus et les Déçus (The Elected and the Disappointed

1921 – Florence Allen becomes the first woman judge to sentence a man to death, in Ohio: gangster Frank Motto, convicted of murdering two men during a robbery – she went on to be the first woman to serve on a state supreme court, and one of the first two women appointed as U.S. federal judges

1935 – In Los Angeles CA, the Griffith Park Planetarium opens, third one in the U.S.

1938 – The premiere of The Adventures of Robin Hood, starring Errol Flynn and Olivia de Havilland

1939 – Lina Medina de Jurado of Peru becomes the youngest confirmed mother in medical history, giving birth by caesarean section at age five years, seven months and 21 days, to a son. She never reveals the circumstances of her impregnation or the identity of the father of her child

1940 – Chay Blyth born, Scottish sailor and rower; with John Ridgway, rowed across the North Atlantic in the 20 foot open dory English Rose III; first person to sail single-handedly non-stop westwards (the hard way) around the world aboard British Steel; founder of Challenge Business, which operates the Global Challenge Round the World yacht races

1943 – Tania León born, Cuban-born American composer, conductor and educator, she is the recipient of awards from the American Academy of Arts and Letters and the National Endowment for the Arts among  several others

1945 – Physician Joseph G. Hamilton injects Albert Stevens (patient CAL-1), who had been misdiagnosed as having stomach cancer, with 131 kBq (3.55 µCi) of plutonium without his knowledge. Stevens lives another 20 years, surviving  to age 79 after receiving the highest known accumulated radiation dose in any human; Hamilton himself dies of leukemia at age 49

1946 – Sarah Hogg born, Baroness Hogg, English economist, journalist and life peer since 1995, sitting as a crossbencher in the House of Lords; first woman to chair a FTSE (Financial Times Stock Exchange) 100 company, the 3i Group, since 2002; Chair of the Financial Reporting Council since 2010

1952 – Orna Grumberg born, Israeli computer scientist and academic; Leumi Chair of Science at the Technion; developer of model checking, a method for formally verifying hardware and software designs; named a Fellow of the Association for Computing Machinery in 2015

1958 – Christine Brennan born, sports reporter and columnist, advocate for women in sports journalism; first woman sports reporter for the Miami Herald (1981), first woman on the Washington Redskins beat for the Washington Post (1985); first president of the Association for Women in Sports Media (1988) and developer of AWSM’s scholarship-inter program for female journalism students; currently sports columnist for USA Today; author of The Miracle of Miami, and the best-seller Inside Edge; public speaker on topics such as the importance of Title IX and the scourge of performance-enhancing drugs; her columns in USA Today sparked a national debate on the men-only membership of Augusta National Golf Club

1969 – Contraception and abortion are legalized in Canada

1974 – Underground America Day * is founded by Malcolm Wells to advocate for earth-sheltered architecture. There are about 6,000 people in North America who are living in some form of underground dwelling

1998 – The final episode of Seinfeld airs

2001 – The Supreme Court rules there is no exception in federal law for people to use marijuana to ease their pain from cancer, AIDS or other illnesses

2011 – Dominique Strauss-Kahn, head of the International Monetary Fund and potential candidate for president of France, is charged with sexually assaulting a Manhattan hotel maid; he resigns from the IMF; charges against him are dropped

Nona Blyth Cloud has lived and worked in the Los Angeles area for the past 50 years, spending much of that time commuting on the 405 Freeway. After Hollywood failed to appreciate her genius for acting and directing, she began a second career managing non-profits, from which she has retired. Nona has now resumed writing whatever comes into her head, instead of reports and pleas for funding. She lives in a small house overrun by books with her wonderful husband.
View all posts by wordcloud9 →
This entry was posted in History, Holidays, On This Day and tagged Aaron Copland, Anna Laurens Dawes, Gail Borden, John Philip Sousa, Tania León, Thomas Gainsborough, Virginia Woolf. Bookmark the permalink.
Loading Comments...
%d bloggers like this: