TCS: The Map-Making Sheep of the Faroe Islands 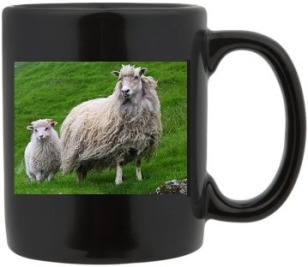 Why is it that one sheep is called a sheep
and multiple sheep are also called sheep?
It should be shoop and sheep.
Like, ‘Oh, look, there goes a shoop,’
and ‘Wow, there goes a lot of sheep.’

World Ark, the magazine of Heifer International, arrived in our mailbox last week, with one story that wasn’t about what Heifer is doing to make the world a better place. Instead, this interview by staff writer Molly Fincher was about the resourceful inhabitants of the Faroe Islands, an autonomous country within the Kingdom of Denmark since 1948.

As you can see on this map, the islands are right between the Norwegian Sea and the North Atlantic. The two biggest industries are salmon fishing and raising sheep. Fishing has been declining, but there are almost twice as many sheep on the islands as there are people. 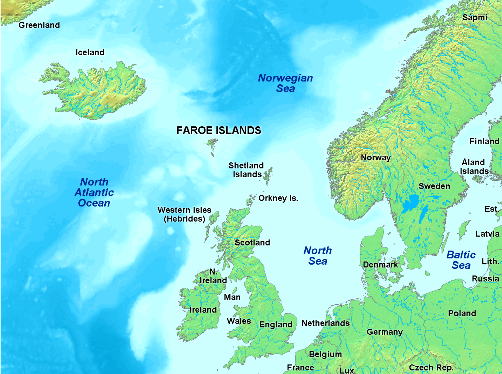 When the islanders wanted to get their country on GOOGLE Street View, to encourage tourism by helping tourists to figure out where they are, Google wasn’t interested. So the Faroe Islands Tourist Board reviewed their resources, and came up with Sheep View 360. They put cameras on the backs of sheep, who wander freely over most of the islands. 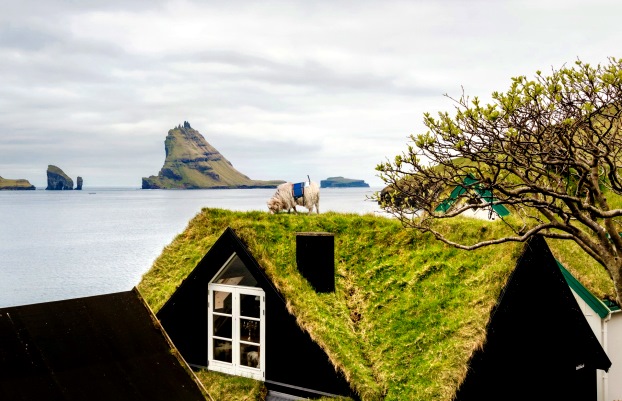 Map-Making sheep browsing on the turf roof of a house

When they uploaded the first pictures from the sheep-back cameras, the story captured so much attention that Google relented, and sent a small team and some of their equipment to help complete the project. 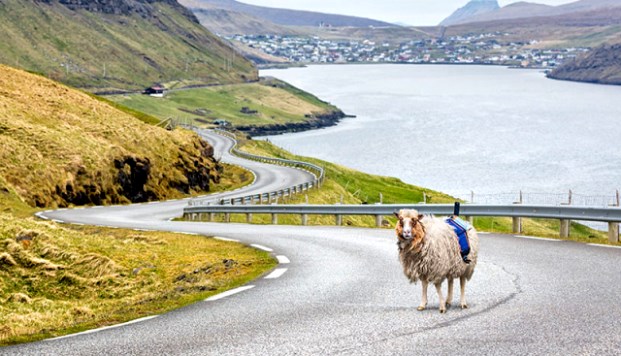 When Life hands you sheep, make them cartographers.

I know you must be wondering what Faroese sounds like. It’s based on Old Norse, but the isolation of the islands has caused it to develop in its own unique way. If anybody here is up on Old Norse, maybe you can take a stab at translating this song — I have no idea what it’s about, but it sounds great.

Hanus G. Johansen is a Faroese singer-songwriter who is very famous in the Faroe Islands. While he is mostly a solo artist, he sometimes collaborates with the Faroese classical ensemble Aldubáran, or with the band Frændur.

If  you’ve already mapped out your Monday,
then may all your day’s surprises be good ones.

Nona Blyth Cloud has lived and worked in the Los Angeles area for the past 50 years, spending much of that time commuting on the 405 Freeway. After Hollywood failed to appreciate her genius for acting and directing, she began a second career managing non-profits, from which she has retired. Nona has now resumed writing whatever comes into her head, instead of reports and pleas for funding. She lives in a small house overrun by books with her wonderful husband.
View all posts by wordcloud9 →
This entry was posted in The Coffee Shop and tagged Faroe Islands, Faroe Islands Tourist Board, Google Street View, Hanus G Johansen, Heifer International, Map-Making, Sheep, Sheep View 360, TCS. Bookmark the permalink.
Loading Comments...
%d bloggers like this: