1328 – Philip the Fortunate is crowned as Philip IV, the first King of France from the House of Valois; because his predecessor, King Charles IV, had died without a male heir, Philip’s claim to be the nearest male relative of Charles IV is disputed by English King Edward III, son of Isabella, Charles’ sister. But the French invoke Salic Law, which bans inheritance through the female line; this squabble over the throne sets off the Hundred Years’ War in 1337 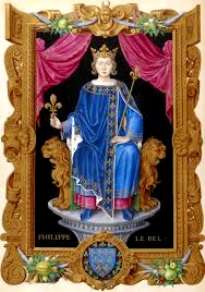 1453 – French banker Jacques Coeur’s possessions are confiscated because of a rumour started by his debtors, that he poisoned the King’s mistress, Agnès Sorel, who had died suddenly in February, 1450. Courtier Jeanne de Vendôme and Italian Jacques Colonna formally accuse Coeur of murder, without any evidence to support their charge, but King Charles VII gives orders for his arrest and seizure of his goods, reserving for himself a large sum of money for the war in Guienne. Commissioners, all of whom either owe Coeur money, or are holders of his forfeited estates, try him for a whole laundry list of crimes, so he is found guilty and imprisoned. In 1455, he escapes, making his way to Rome, where he comes under the protection of Nicholas V, and upon the death of Nicolas, is made captain of a fleet of galleys by Calixtus III, and sent to the relief of Rhodes during the ongoing war with Turks, but becomes ill and dies on the way

1660 – Charles II is restored to the throne of England, Scotland and Ireland

1716 – Louis-Jean-Marie Daubenton born, French naturalist and pioneer in plant physiology; first director of the Museum of Natural History in Paris

1721 – South Carolina is formally incorporated as a royal colony

1733 – The right of Canadians to enslave natives is upheld at Quebec City. For about two centuries, slavery was legal in New France, and in Lower Canada under British rule. Captive human beings were owned by people from almost every level of society, including governors, bishops, military officers, merchants, priests, blacksmiths and tailors. James McGill, founder of McGill University, had slaves. So did Marguerite d’Youville, the Grey Nuns founder who was canonized in 1990. Two-thirds of the slaves in New France were natives, mostly from the Pawnee nations of modern-day Nebraska, whose French Canadian name – Panis – became a synonym for an indigenous slave of any origin. Between 1629 and 1833, there were over 4,100 slaves in Quebec, many in Quebec City, where owning a slave was a status symbol. Black slaves were twice as expensive as native slaves

1765 – Patrick Henry’s speech against the Stamp Act to Virginia’s House of Burgesses; he answers cries of “Treason!” with, “If this be treason, make the most of it!”

1787 – The Virginia Plan, drafted by James Madison, is presented by Edmund Randolph to the Constitutional Convention, proposing a strong central government composed of three branches: legislative, executive, and judicial

1790 – Rhode Island is last of the original 13 colonies to ratify the U.S. Constitution

1851 – Sojourner Truth delivers her “Ain’t I a Woman?” speech at the Woman’s Rights Convention in Akron OH 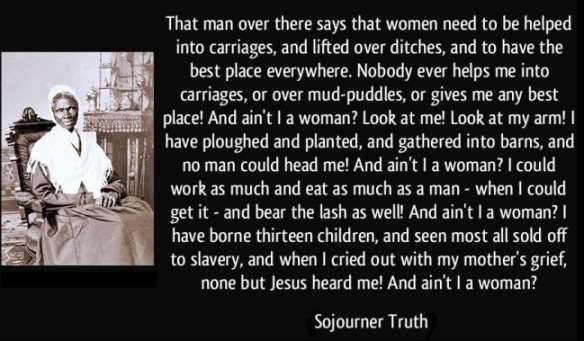 1889 – August Strindberg’s play Hemsoborna, based on his novel, The People of Hemsö, premieres in Copenhagen

1894 – Beatrice Lillie born in Canada, British comedic performer and singer, satirical lyrics and sketch writer; inveterate entertainer of WWII troops – before one performance she learned that her only son had been killed in action, but refused to cancel or postpone her appearance; won a Tony Award in 1953 for her revue, An Evening With Beatrice Lillie

1897 – Erich Wolfgang Korngold born in Austria, first composer of international stature to compose film scores for Hollywood after moving to the U.S. during the rise of Nazi Germany; notable orchestral scores for Errol Flynn vehicles: Captain Blood, The Adventures of Robin Hood, The Sea Hawk

1903 – Bob Hope born as Leslie Townes in England, American comedian, vaudevillian, singer and author; his career spanned almost 80 years on stage, radio, screen and television; best remembered for the “Road” musical comedy pictures with co-star Bing Crosby, his television variety specials with his theme song of “Thanks for the Memories,” and for hosting the Academy Awards shows from 1939 through 1977

1906 – T. H. White born in India, English novelist, essayist and historian; noted for The Once and Future King series, and Mistress Masham’s Repose, a children’s book 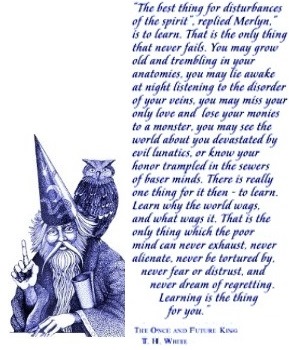 1908 – Diana Morgan born, Welsh playwright and screenwriter for Ealing Studios; Bats in the Belfry, A Run for Your Money, Hand in Hand

1912 – The Ballets Russes premieres their ballet L’après-midi d’un faune(The Afternoon of a Faun) in Paris, choreographed by Vaslav Nijinsky

1913 – Igor Stravinsky’s score The Rite of Spring debuts in Paris, provoking a riot

1914 – Tenzing Norgay born, Nepali Sherpa mountaineer; shared being first to reach the summit of Mount Everest with Edmund Hillary, on his 39th birthday in 1953

1922 – The U.S. Supreme Court rules organized baseball is a sport, not a business, so it is not subject to antitrust laws

1932 – “Bonus Army” of WWI veterans, most out of work during the Great Depression, starts assembling in Washington, D.C. to insist on cash-payment redemption of their service certificates, awarded in 1924 but not set for redemption until 1945

1945 – Joyce Tenneson born, American fine arts photographer; noted for her nude studies, and primarily using a large-format (20 X 24) Polaroid camera; recipient of the 1990 “Photographer of the Year” Award from Women in Photography International

1968 – The Truth in Lending Act (TILA), requiring disclosure of terms and conditions of finance charges in consumer credit transactions; placing restrictions on garnishing wages; and authorizing the National Commission on Consumer Finance, goes into effect

1968 – Jessica Morden born, British Labour Party Member of Parliament for Newport East since 2005, the first woman MP in South Wales; on the board of The Young People’s Trust for the Environment

1990 – Boris Yeltsin is elected President of the Russian Republic

2004 – The World War II Memorial is dedicated in Washington DC

Nona Blyth Cloud has lived and worked in the Los Angeles area for the past 50 years, spending much of that time commuting on the 405 Freeway. After Hollywood failed to appreciate her genius for acting and directing, she began a second career managing non-profits, from which she has retired. Nona has now resumed writing whatever comes into her head, instead of reports and pleas for funding. She lives in a small house overrun by books with her wonderful husband.
View all posts by wordcloud9 →
This entry was posted in History, Holidays, On This Day and tagged Beatrice Lillie, Hida Viloria, James Madison, John Winthrop, Patrick Henry, Sojourner Truth, Tenzing Norgay. Bookmark the permalink.