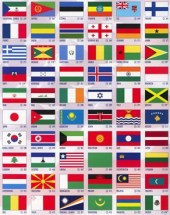 1107 – Emperor Gaozong of the Song Dynasty born, his reign lasted from his assent to the throne in 1127 until he abdicated in 1162 to live in retirement in his palace, Virtuous Longevity, devoting his time to the arts, especially calligraphy and poetry; several of his works have survived, including Quatrain on Heavenly Mountain

1240 – At the instigation of Louis IX of France, an inter-faith debate, known as the Disputation of Paris, starts between a Christian monk and four rabbis. A commission of Christian theologians condemned the Talmud to be burned, and 24 carriage loads of Jewish manuscripts were set on fire in the streets of Paris. Louis IX, the debate’s sponsor, said only skilled clerks could conduct a disputation with Jews but that laymen should plunge a sword into those who speak ill of the Christ

1429 – The Loire Valley campaign: Joan d’Arc leads the French army in their capture of the city of Jargeau, used by the English as a staging area, and the English commander, William de la Pole, 1st Duke of Suffolk in the second day of the Battle of Jargeau

1550 – The city of Helsinki, Finland (belonging to Sweden at the time) is founded by King Gustav I of Sweden

1686 – Marie-Catherine Homassel-Hecquet born, French writer who wrote under the pen name “Madame H―” a pamphlet biography of the feral child Marie-Angélique Memmie Le Blanc (also known as the Wild Girl of Champagne) called Histoire d’une jeune fille sauvage trouvée dans les bois à l’âge de dix ans, which was translated several years later into English as An Account of a Savage Girl. The girl is believed to have survived in the forest for ten years, from about ages 9 to 19, before being captured by villagers in Songy, Champagne. At least one researcher found some evidence that she may have been a Native American of the Meskwaki (Fox) people, who re-learned human speech, and learned to read and write as an adult, a feat unique among long-term feral children

1802 – Harriet Martineau born, English sociologist and author of numerous books and essays, known as the first female sociologist and for her feminist perspective; she earned enough to support herself entirely by writing, rare for a woman in the 19th century

1889 –Lilian Jeannette Rice born, American architect, noted for the California Spanish Colonial Revival style; lead planner of the Rancho Santa Fe development in San Diego County CA (1922-1927), opened her own firm in 1928, became one of the few women members of the American Institute of Architecture (ALA) when she joined the San Diego chapter in 1931; several of her employees were women, including architect Olive Chadeayne; Rice died of ovarian cancer in 1938 at age 49

1892 – Djuna Barnes born, American author, journalist, playwright, illustrator and artist; started in 1913 as a freelance journalist and illustrator for the Brooklyn Daily Eagle, and quickly became a very busy feature reporter and interviewer; published her illustrated volume of poetry, The Book of Repulsive Women, in 1915; sent by McCall’s magazine to Paris, she lived there from 1921 to 1931, and wrote A Book, published in 1923, and began her novel Nightwood, published in 1936, a classic of lesbian fiction, also considered an important book in modernist literature; in the 1940s, she drank heavily and did little work, often making ends meet with donations from friends, but swore off alcohol in 1950, and wrote her verse play The Antiphon and much poetry, in spite of being ravaged by arthritis;  became increasingly reclusive; elected to the National Institute of Arts and Letters in 1961 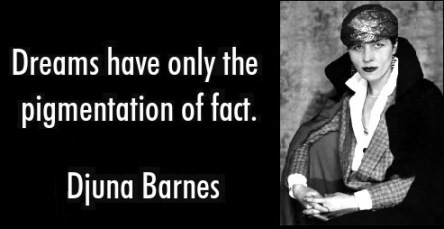 1912 – Eva Crane born, earned a doctorate in nuclear physics, but abandoned physics to become an expert on bees as a researcher, historian, archivist, editor and author; founder of the International Bee Research Association (1949)

1916 (date uncertain) – Peanut Butter Cookie Day * – the Aztecs and the Incas were making a paste of peanuts at least 3,500 years ago, but the modern version is claimed by several inventive types, including Dr. John Kellogg, and its popularity became assured by its appearance at the 1904 St. Louis World’s Fair. The Peanut Butter Cookie is even harder to track, but George Washington Carver became a much-sought-after speaker between 1916 and 1933. One of his most frequent topics: the many uses of the peanut

1919 – Uta Hagen born in Germany, German-American actress; blacklisted during the McCarthy era, she became better known as a highly influential acting teacher and author of Respect for Acting and A Challenge for Actors; elected to the American Theatre Hall of Fame in 1981

1922 – Margherita Hack born, Italian astrophysicist and author, administrator of the Trieste Astronomical Observatory, member of the Accademia Nazionale dei Lincei and the Italian Union of Rationalist Atheists and Agnostics 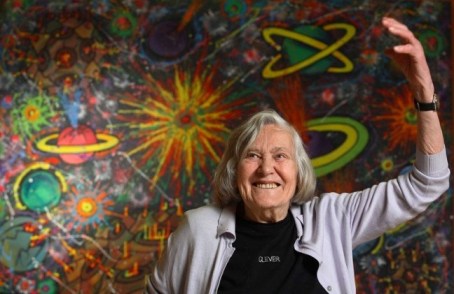 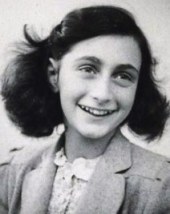 1930 – Barbara Harris born, American minister and Bishop of the Episcopal Diocese of Massachusetts, first woman ordained a bishop in the Anglican Communion

1939 – The National Baseball Hall of Fame is dedicated at Cooperstown, NY

1941 – In London, the Inter-Allied Declaration is signed, the first step towards the establishing the United Nations 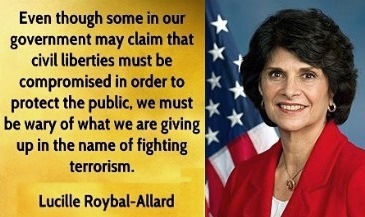 1946 – Catherine Bréchignac born, French physicist, co-founder of the field of cluster physics; President of CNRS (National Centre for Scientific Research) from 1997 to 2002;  commander of the Légion d’honneur, and “secrétaire perpétuel” of the Académie des sciences since 2011

1948 – The Women’s Armed Services Integration Act is signed into law allowing women to serve as regular members of the United States armed forces. Prior to this they could only serve during times of war

1950 – Little League Girls Baseball Day * – A girl plays an entire season with a team in New York, but then the Little League organization institutes a ban on girls Little League. The ban stays on the books until 1974, when the National Organization for Women (NOW) backs Maria Pepe in a discrimination lawsuit in which the New Jersey Superior Court decides that Little League must allow girls to try out.

1967 – Loving Day * – Mildred and Richard Loving are each sentenced to a year in prison for marrying each other, a violation of Virginia’s Racial Integrity Act of 1924, because she is black and he is white. They bring suit, and the U.S. Supreme Court makes a unanimous decision in Loving v. Virginia that the Virginia law is unconstitutional, ending all race-based restriction on marriage in the U.S.

1981 – USDA (U.S. Department of Agriculture) classifies ketchup and pickle relish as vegetables. Public protest and ridicule cause them to reverse the decision.

2012 – National Jerky Day * is launched by Jack Link’s Beef Jerky, but the dried meat has been around, made with various meats. Its name is believed to be derived from a Quechua word, ch’arki, but its use is wide-spread, especially in the Andes Mountains of South America, as a staple of travelers. Related to, but not the same as Pemmican, which includes other dried ingredients, like berries, which is a travel food of many North American tribes

2012 – The first International Falafel Day * is created, with a goal of  “connecting the world through Falafel”

2017 – The inaugural Orlando United Day * honoring the memory of the 49 victims killed and supporting the survivors of the Pulse nightclub tragedy. This is a coalition event of the One Orlando Alliance, Orlando’s LGBTQ+ ‘Acts of Love and Kindness’ movement, with the governments of the City of Orlando and Orange County of Florida, now an annual day in Orlando, with programs and charitable events

Nona Blyth Cloud has lived and worked in the Los Angeles area for over 50 years, spending much of that time commuting on the 405 Freeway. After Hollywood failed to appreciate her genius for acting and directing, she began a second career managing non-profits, from which she has retired. Nona has now resumed writing whatever comes into her head, instead of reports and pleas for funding. She lives in a small house overrun by books with her wonderful husband.
View all posts by wordcloud9 →
This entry was posted in History, Holidays, On This Day and tagged Bryan Allen, Charles Kingsley, Djuna Barnes, Ella Fitzgerald, Harriet Martineau, Harry Houdini, Margherita Hack. Bookmark the permalink.
Loading Comments...
%d bloggers like this: