Play in the Sand Day

On This Day on History

2492 BC – (legendary) Bel the Titan is defeated by Hayk the Great, progenitor and founder of the Armenian Nation 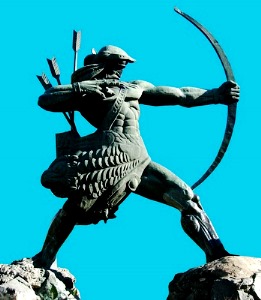 1332 – Edward Balliol, pretender to the Scottish throne, routs the forces under the Regent of Scotland, Domhnall II, Earl of Mar, who is killed in the battle. King David II is only three years old at the time

1384 – Yolande of Aragon born, titular queen regnant of Aragon who was denied rule because she was a woman, and was forced to marry Louis II of Anjou over her objections; she later supported the claim to the French throne of Charles the Dauphin, and helped finance Joan d’ Arc’s army, tipping the balance in favor of the French during the Lancastrian phase of the Hundred Years’ War between England and France

Detail from a tapestry: Yolande of Aragon with the Virgin Mary and infant Jesus

1833 – Ingersoll Day * – Robert G. Ingersoll born, “The Great Agnostic,” politician and famous orator, advocate for separation of church and state, free thought, and humanism. Gave the eulogy at his friend Walt Whitman’s funeral. “There are in nature neither rewards nor punishments, there are consequences.”

1897 – Enid Blyton born, prolific English children’s author and poet; The Enchanted Wood, The Yellow Fairy Book, and many, many others

1919 – Ginette Neveu born, French classical violinist, child prodigy, won the Henryk Wieniawski Violin Competition at the age of 16; she achieved international fame, but died in a plane crash at age 30

1934 – The first civilian prisoners arrive at the Federal prison on Alcatraz Island in San Francisco Bay; it was a military POW detention center, then military prison (1861-1933)

1942 – Actress Hedy Lamarr and composer George Antheil receive a patent for a Frequency-hopping spread spectrum communication system that later became the basis for modern technologies in wireless telephones and Wi-Fi.

1955 – Sylvia Hermon born, Lady Hermon, lawyer and Northern Irish independent unionist politician, regarded as socially liberal, concerned with pensioner’s and women’s rights; she first entered politics in 1998, and became the Member of Parliament for North Down in 2001, her current position; lecturer in Law at Queen’s University of Belfast during the 1980s; longstanding supporter of the Alzheimer’s Research Trust, helping to launch its Northern Ireland network centre

1965 – The Beatles movie Help!  has its American premier in NYC

1965 – The Watts Riots begin in Los Angeles CA, still a racially segregated city under restrictive covenants even after the courts ruled them illegal in 1948. A black motorist is arrested on suspicion of drunk driving, and a heated argument turns into a fight, leading to charges of police racism and brutality. 34 people are killed, and there are over $40 million in damages

1974 – Hadiqa Kiani, Pakistani singer-songwriter, social activist and the first Pakistani woman UN Goodwill Ambassador, in 2010; after the devastating 2010 floods in Pakistan, she volunteered with her siblings, working alongside the Pakistani Army distributing food, water, clothing and shelter to flood victims, and visiting with refugees; she helped finance and oversaw construction of over 250 houses for families who lost their homes during the floods; joined with other Pakistani musicians in 2007 to produce an anti-terrorism song, and in 2015 became one of 10 mentors who are part of an initiative to support Pakistani women in becoming community and national leaders, and overcoming gender discrimination. Kiani has been outspoken on the issue of sexual abuse of children, criticizing actor Yasir Hussain for joking about child molestation, and expressing disappointment in the Pakistani entertainment industry’s support for him

1974 – Audrey Mestre born, French marine biologist and record-setting free diver; after her family moved to Mexico when she was in her teens, she studied marine biology at the Universidad Autónoma de Baja California Sur; in 2000, she broke the female world record for free diving, reaching 410 feet (125 meters) on a single breath, then broke her own record in 2001; she was killed in a diving accident in 2002

1978 – Lillian Nakate born, Ugandan civil engineer and politician; Member of the Ugandan Parliament representing the Luweero District Women’s Constituency since 2016; worked as an engineer in the private sector on construction projects and as a consultant (2011-2016);  Town Engineer for Wobulenzi Town Council (2007-2011); Assistant Engineering Officer for Loweero District Local Government (2001-2006)

1984 – President Reagan jokes, “My fellow Americans, I am pleased to tell you that I just signed legislation that would outlaw Russia forever. We begin bombing in five minutes,” during microphone test, not aware microphone is live, which starts tradition of Presidential Joke Day *

2003 – NATO takes over command of the peacekeeping force in Afghanistan, marking its first major operation outside Europe in its 54-year-history

2006 – The Transportation Security Administration (TSA) bans all liquids, gels and aerosols from airline passenger cabins one day after a thwarted terrorist attack

2016 –An international scientific team, using a new method to determine the age of sharks by analyzing proteins in their eye lens, discovered a 392-year-old Greenland shark, the oldest known living vertebrate animal in the world – but a 507-year-old Icelandic ocean quahog (a kind of clam) holds the record as the longest-lived animal 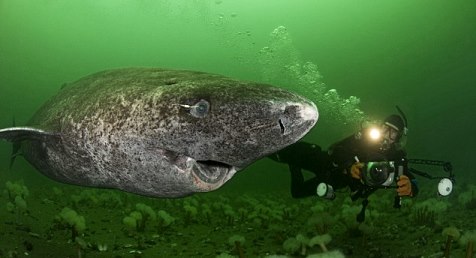 Nona Blyth Cloud has lived and worked in the Los Angeles area for the past 50 years, spending much of that time commuting on the 405 Freeway. After Hollywood failed to appreciate her genius for acting and directing, she began a second career managing non-profits, from which she has retired. Nona has now resumed writing whatever comes into her head, instead of reports and pleas for funding. She lives in a small house overrun by books with her wonderful husband.
View all posts by wordcloud9 →
This entry was posted in History, Holidays, On This Day and tagged Alex Haley, Hadiqa Kiani, Hayk the Great, Hedy Lamarr, Lillian Nakate, Louis Bogan, Robert G. Ingersoll. Bookmark the permalink.