No News is Good News Day

National Day of Service and Remembrance *

AD 600 – Mayan ruler Yuknoom Ch’een II born, also called Yuknoom the Great, his reign over the Kaan kingdom lasted from 636-686, during his rule, Tikal was defeated in war, and became a vassal state to Yuknoom

1476 – Louise of Savoy born, French Duchess of Nemours, Angoulême and Anjou; as the mother of King Francis I, she serves as Regent of France in 1515, 1525-1526 and in 1529 during the times when he goes to war, and while he is held prisoner in Spain; Louise is the principal French negotiator for the Treaty of Cambrai with the Holy Roman Empire, called “the Ladies’ Peace” because it is signed by Louis of Savoy and the Empire’s negotiator, Margaret of Austria

1541 – Much of Santiago, Chile, is destroyed by indigenous warriors, led by Michimalonco, but Inés de Suárez rallies a counter-attack, drives the attackers off, then decapitates one of the caciques (leaders) herself

1609 – Henry Hudson’s fourth expedition, sponsored by the Dutch East India Company,  lands at Manhattan Island, then explores the river which is now named for him

1697 – Battle of Zenta: in a surprise attack, Habsburg Imperial Forces rout the Ottoman army as its troops are in the midst of crossing the Tisa River; one of the most decisive defeats ever suffered by the Ottoman Empire, it leads to the end of its control over large parts of Central Europe

1711 – William Boyce born, English Baroque composer and organist, who became a music compiler and editor when increasing deafness forces his retirement from playing

1786 – The Annapolis Convention to revise the U.S. Articles of Confederation opens

1803 – Battle of Delhi, during the Second Anglo-Maratha War, between British troops under General Lake, and Marathas of Scindia’s army under General Louis Bourquin

1806 – Juliette Magill Kinzie born, history writer, notable for including Native American legends and customs; Wau-Bun: The “Early Day” in the North West (when the ‘North West’ was Chicago); her account of the incident often called a massacre at Fort Dearborn, which she put together from accounts by white people, was the accepted story for decades, but later historians have called its accuracy into question, especially as it varies from the oral history handed down in the Potawatomi tribe 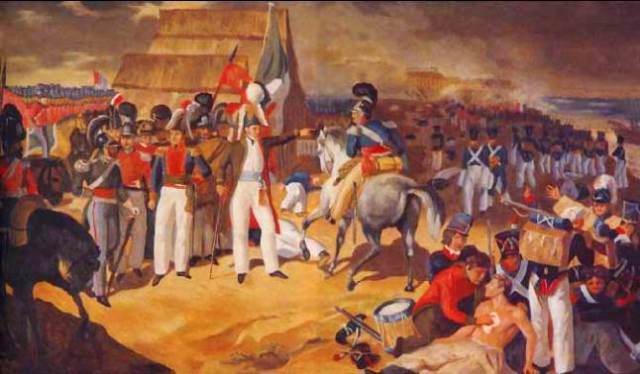 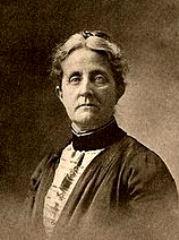 1851 – Escaped slaves stand against their former owner in armed resistance in Christiana, Pennsylvania, creating a rallying cry for the abolitionist movement; Pennsylvania had instituted a gradual abolishment of  slavery in 1780; by the time the Fugitive Slave Law of 1850 was passed by Congress, it was a fully free state. Four slaves of Edward Gorsuch, a wealthy Maryland wheat farmer, flee to Lancaster County in Pennsylvania to the home of William Parker, a multatto free man and member of the Lancaster Black Self-Protection Society. When Gorsuch, accompanied by federal marshals with warrants, catches up with them, he is killed and others are wounded as the slaves and their protectors resist. The case is prosecuted in the Philadelphia U.S District Court; originally 38 people are indicted, but only one, Castner Hanway, is tried; the jury quickly brings in a verdict of Not Guilty

1862 – O. Henry born as William Porter, American short story writer; among his best-known works are “The Gift of the Magi,” “The Last Leaf, “ and “The Ransom of Red Chief.”  The O. Henry Award for outstanding short stories is named in his honor

1877 – Rosika B. Schwimmer born, Hungarian feminist and pacifist; organized the Association of Hungarian Women Clerks (1897), co-founder of Feministák Egyesülete   (Hungarian Feminist Association – 1904), also on the board of the Hungarian Peace Society and later Vice President of the Women’s International League for Peace and Freedom(WILPF); Hungarian ambassador to Switzerland in 1918

1895 – Vinoba Bhave born, Indian social reformer and advocate of nonviolence and human rights; disciple of Mahatma Gandhi; leader of the Bhoodan (land gift) movement, he walked all over India asking landed people to consider him as one of their sons which would entitle him to 1/6 of their land, given in parcels to the landless poor

1897 – Coal workers in Pennsylvania, West Virginia and Ohio end a ten-week strike, after winning and eight-hour workday, semi-monthly paydays, and an end to company store monopolies

1933 – Dame Margaret Wood Booth born, British lawyer and judge; third woman to be appointed as a High Court judge, in the Family Division

1941 – Charles A. Lindbergh’s speech blaming “the British, the Jewish and the Roosevelt administration” for trying to draw the U.S. into WWII sparks charges of anti-Semitism

1941 – Minnijean Brown-Trickey born, American civil rights activist, one of the ‘Little Rock Nine’ who desegregated Central High School in 1957; she was suspended for six day in December 1957 for dropping her tray in the cafeteria and splashing food on two white boys when other students were harassing her by pushing chairs in front of her in the aisle; in February 1958, two girls threw a purse filled with combination locks at her, and when she called them “white trash” she was immediately expelled. She went to Canada in the 1980s and 1990s to get degrees in social work, and became involved in First Nations activism while there. Presdient Clinton appointed her as Deputy Assistant of the Department of the Interior for Workforce Diversity (1999-2001); among many honors, she was awarded the Congressional Gold Medal, and the Wolf Award

1941 –Groundbreaking ceremony for the Pentagon

1950 – Anne Dell born, Australian biochemist; Professor of Carbohydrate Biochemistry at Imperial College London; noted for her study of glycomics and carbohydrate structures that modify proteins, which opens up possible applications to learning how pathogens such as HIV are able to evade termination by the immune system, and has also led to the development of higher sensitivity mass spectroscopy techniques which have allowed for the better studying of the structure of carbohydrates. Dell was awarded the 1986 Tate and Lyle Medal by the Royal Society of Chemistry, and been appointed Commander of the Order of the British Empire (CBE) in 2009

1953 – Jani Allan born in London, South African journalist, columnist and broadcaster; noted as one of South Africa’s most widely-read columnists in the 1980’s and 1990’s, working both in South Africa and in London, and had a radio show on Cape Talk Radio (1996-2000); was a speech writer for Mangosuthu Buthelezi (2000-2001)

1955 – Sharon Lamb born, American psychologist and professor in the Department of Counseling and School Psychology at the University of Massachusetts Boston’s, College of Education and Human Development; as a fellow of the American Psychological Association (APA), she was one of the authors of the APA’s report on the sexualization of young girls; co-author with Lyn Mikel of Packaging girlhood: rescuing our daughters from marketers’ schemes, and Packaging boyhood: saving our sons from superheroes, slackers, and other media stereotypes

1961 – Samina Raja born, Pakistani Urdu poet, writer, editor, translator and broadcaster; published 12 collections of poetry between 1973 and 1995, and has also been a literary magazine editor

1967 – “All You Need is Love” by The Beatles is certified as a million seller, and The Carol Burnett Show premieres on CBS-TV

1970 – Taraji P. Henson born, American actress, known for her co-starring role as Detective Jocelyn Carter on the CBS drama Person of Interest, and her portrayal of Katherine Johnson in the 2016 film Hidden Figures; a supporter of People for the Ethical Treatment of Animals (PETA) and the NOH8 Campaign, which advocates for the LGBT community, Henson has appeared in print ads for PETA and a Public Service Announcement for NOH8 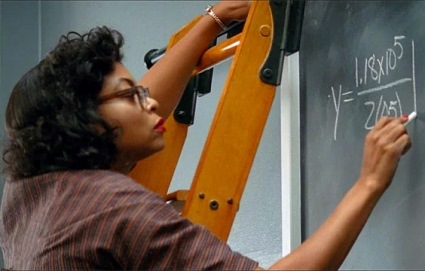 1997 – Scotland votes to create its own Parliament, after 290 years under English parliamentary rule

2001 – al-Queda Suicide hijackers crash two airliners into New York City’s World Trade Center, a third airliner into the Pentagon, while a fourth crashes in a field in Pennsylvania; 2,996 people die, and over 6,000 others are wounded, the deadliest foreign attacks on American soil since Pearl Harbor; many others exposed to deadly toxins by the attacks die in the coming years, including 1,400 rescue workers

2002 – The 9-11 families support group launches National Day of Service and Remembrance *- a charitable service day honoring those who were lost and the responders who saved lives. Some U.S. libraries start Libraries Remember Day * – a tradition of staying open extra hours on September 11 in remembrance of the attacks

2007 – China signs an agreement to prohibit lead paint on toys exported to the U. S.

2012 – A night attack is launched against the U.S. diplomatic compound in Benghazi, Libya, by members of the Islamic militant group Ansar al-Sharia; J. Christopher Stevens, the U.S. Ambassador to Libya, and U.S. Foreign Service Information Management Officer Sean Smith are killed. Followed at 4 a.m. by a mortar attack against a nearby CIA annex, which kills CIA contractors Tyrone S. Woods and Glen Doherty and wounds 10 others

2014 – In a UN report, scientists announce that the Earth’s ozone layer has stopped shrinking, the first sign that 35 years of efforts to phase out harmful man-made cholofluorocarbons (CFCs) are beginning to have a positive effect

Nona Blyth Cloud has lived and worked in the Los Angeles area for the past 50 years, spending much of that time commuting on the 405 Freeway. After Hollywood failed to appreciate her genius for acting and directing, she began a second career managing non-profits, from which she has retired. Nona has now resumed writing whatever comes into her head, instead of reports and pleas for funding. She lives in a small house overrun by books with her wonderful husband.
View all posts by wordcloud9 →
This entry was posted in History, Holidays, On This Day and tagged D.H. Lawrence, David Bowie, Mary Watson Whitney, Minnijean Brown-Trickey, O. Henry, Samina Raja, Vinoba Bhave. Bookmark the permalink.
%d bloggers like this: