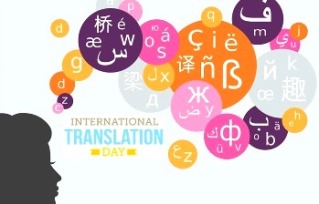 737 – Battle of the Baggage: The Turgesh tribe drives back the Umayyad invasion of Khuttal (now part of Tajikistan), then follow them south of the Oxus River and capture their baggage train

1788 – The Pennsylvania Legislature elects the first two members of the U.S. Senate: William Maclay of Harrisburg and Robert Morris of Philadelphia

1832 – Ann Jarvis, American activist, the mother who inspired Mother’s Day; activist for public health education for women to reduce infant mortality and death from disease; her daughter, Anna Marie Jarvis, is the founder of the Mother’s Day holiday in the U.S.

1883 – Nora Stanton Blatch Barney born in England, American civil engineer, architect, suffragist and peace activist; one of the first women to graduate with an engineering degree; granddaughter of Elizabeth Cady Stanton. While she was the first woman admitted as a member of the American Society of Civil Engineers in 1906, their “liberal-minded generosity” balked  at making her a full Fellow when she applied in 1916. It was not until 99  years later, in 2015, that her “significant contributions” were finally honored with a posthumous Fellowship

1897 – Charlotte Wolff born in Prussia, British physician and psychotherapist; her writings on sexology, especially lesbianism and bisexuality, are influential early works in the field

1901 – Thelma Terry born, American bassist, first woman instrumentalist to lead a notable jazz band, Thelma Terry and Her Play Boys, in the 1920s and 30s; a young Gene Krupa was one of her Play Boys early in his career

1907 – McKinley National Memorial for the president dedicated in Canton, OH

1929 – Carol Fenner born, American children’s author and illustrator; noted for Yolanda’s Genius, Gorilla-Gorilla and The Skates of Uncle Edward, which won an honor from the Coretta Scott King Awards 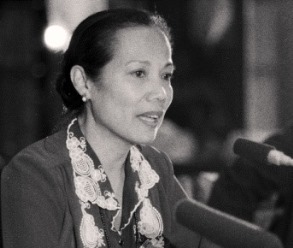 1935 – Porgy and Bess premieres in Boston, Massachusetts, then goes on to Broadway

1935 – Boulder Dam (later renamed Hoover Dam), on the border between Arizona and Nevada, is dedicated by President Franklin Roosevelt; it will begin operations in 1936

1938 – British, French, German and Italian leaders agreed at a meeting in Munich that Nazi Germany would be allowed to annex Czechoslovakia’s Sudetenland

1940 – Claudia Falconer Card born, American ethics and social philosopher and academic; taught at the University of Wisconsin from 1969 until 2015, and was UW-Madison’s Emma Goldman Professor of Philosophy, with teaching affiliations in Women’s Studies, Jewish Studies, Environmental Studies and LGBT Studies; her published work is regarded as essential to the study of 20th century feminism 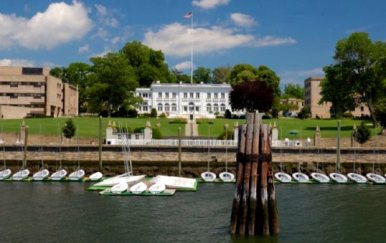 1949 – After delivering 2.3 million tons of food to West Berlin despite the Soviet blockade, the Berlin Airlift ends

1950 – Laura Esquivel born, Mexican novelist, screenwriter and Morena Party politician; has served in the Chamber of Deputies (2012-2018); author of the bestseller Como agua para chocolate (Like Water for Chocolate)

1954 – Julie Andrews makes her Broadway debut in The Boy Friend

1965 – The 30 September Movement: an attempted coup against the Indonesian government, which is crushed by the military under Suharto and leads to a mass anti-communist purge, killing over 500,000 people

1966 – Cat Stevens releases his first single “I Love My Dog”

1966 – The British protectorate of Bechuanaland declares its independence, and becomes the Republic of Botswana; Seretse Khama takes office as the first President. 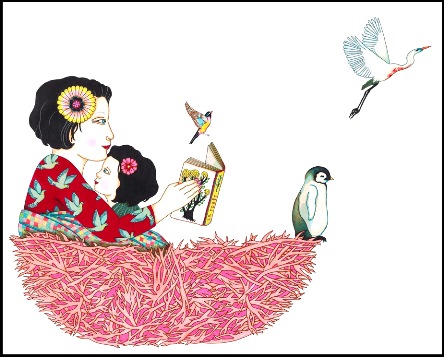 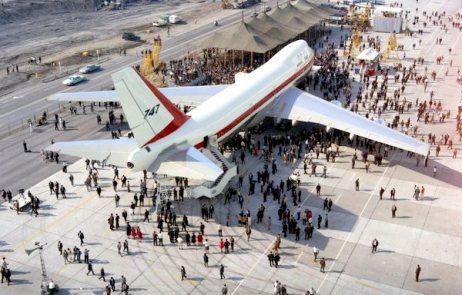 1977 – Because of budget cuts and dwindling power reserves, NASA’s Apollo program’s ALSEP experiment packages left on the Moon are shut down

1980 – Israel issues new currency, the shekel, to replace the pound

1981 – Cecelia Ahearn born, Irish novelist whose books have sold over 25 million copies; noted for P.S. I Love You, and Where Rainbows End, which won the 2005 Corine Award; she was the co-creator of the TV series Samantha Who?, which starred Christina Applegate (2007-2009)

1989 – Thousands of East Germans emigrate under NATO-Soviet Union accord

1990 – The Dalai Lama unveils the Canadian Tribute to Human Rights, a monumental sculpture, in Canada’s capital city of Ottawa – ‘All human beings are born free and equal in dignity and rights’ 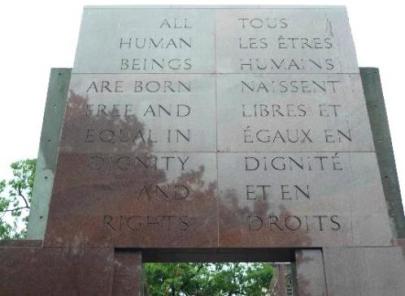 1997 – Bob Dylan releases his album Time Out of Mind

2004 – Merck & Co. pulls Vioxx, its heavily promoted arthritis drug, from the market after a study finds it doubles the risk of heart attacks and strokes

Nona Blyth Cloud has lived and worked in the Los Angeles area for over 50 years, spending much of that time commuting on the 405 Freeway. After Hollywood failed to appreciate her genius for acting and directing, she began a second career managing non-profits, from which she has retired. Nona has now resumed writing whatever comes into her head, instead of reports and pleas for funding. She lives in a small house overrun by books with her wonderful husband.
View all posts by wordcloud9 →
This entry was posted in History, Holidays, On This Day and tagged Cesar Chavez, Claudia Falconer Card, Laura Esquivel, Leticia Ramos-Shahani, Nora Stanton Blatch Barney, Rumi, Truman Capote. Bookmark the permalink.