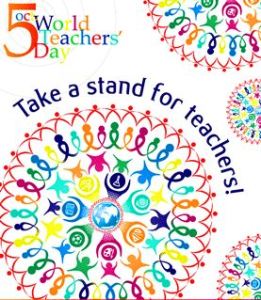 610 – The coronation of Byzantine Emperor Heraclius. He and his father, who was the appointed Exarch of Africa, had come by ship from Carthage, which they used as a base of operation while leading a revolt against the unpopular usurper Phocas. Heraclius was born in Cappadocia, an ancient region that is now part of Central Anatolia in Turkey. During his reign, he made Greek the Eastern Empire’s official language. 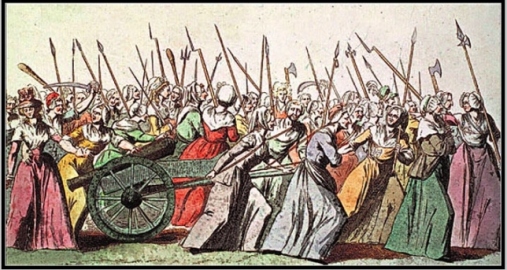 1857 – The city of Anaheim, California, is founded 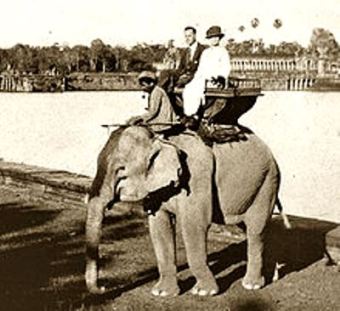 Helen Candee, with son Harry, a guide, and
“Effie” the elephant at Angkor Wat (1922) 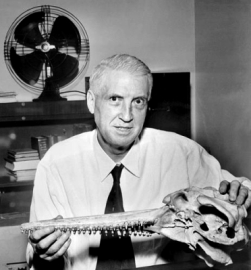 1897 – End of the Brazilian War of Canudos: conflict with preacher Antônio Conselheiro and his thousands of followers in the northeastern state of Bahia becomes the deadliest civil war in Brazilian history. Conselheiro had a long history of dissension from the Catholic Church, and a growing number of his followers were calling him a Messiah. The church labeled him a madman and an apostate. Most of his “Conselhistas” were former slaves, released from bondage in 1888. He became increasingly vocal in his criticism of the new Republic of Brazil and the taxes it imposed. Confrontation with the local police in 1883 erupted into violence, and escalated into a military siege of the Conselhista community of Canudos. Conselheiro, with no military experience, just prayed and fasted, leading to his death in September 1897, further demoralizing his followers. A large force of the Brazilian army overran the village on this date, killing nearly all the inhabitants

1899 – Elda E. Anderson born, American physicist and health researcher; During WWII, she worked on the Manhattan Project at Princeton University and the Los Alamos Laboratory, where she prepared the first sample of pure uranium-235. After the war, she became the first chief of education and training in the Health Physics Division of the Oak Ridge National Laboratory. President of the Health Physics Society (1959-1960), and established the professional certification agency known as the American Board of Health Physics in 1960. She developed leukemia, then breast cancer, and died in 1961 at age 61

1900 – Bing Xin born as Xie Wanying, prolific Chinese poet, novelist, translator and children’s author; elected as a member of the National Senate in 1940, Bing Xin literally translates as “ice heart,” meaning a morally pure heart; The Photograph is an English language translation of her novel, about an American music teacher at a missionary school who adopts an 8-year-old Chinese girl 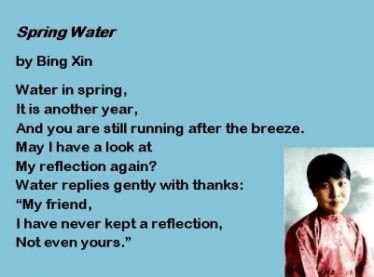 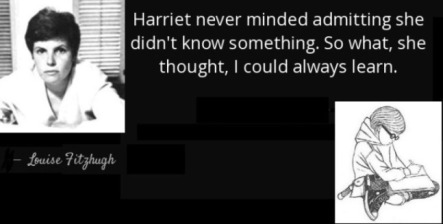 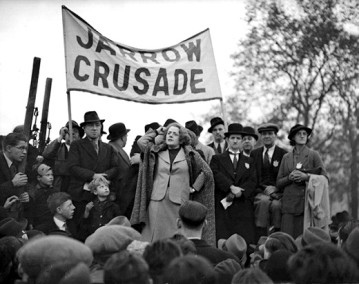 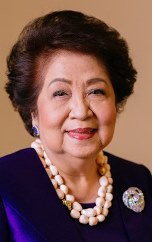 1946 – Zahida Hina born in India, Pakistani Urdu-language columnist, essayist, short story writer, novelist and playwright; worked as journalist for Jang (1988-2005) and the Daily express, Pakistan; also writes a weekly column in Rasrang, the Sunday magazine of Dainik Bhaskar, India’s largest Hindi newspaper. She is a critic of nuclear energy for any purpose.  Has received many awards, including  Saghir Siddiqui Adabi Award, Sindh Speaker Award, and the 2001 SAARC Literary Award given by the President of India

1946 – Mafika Pascal Gwala born, South African poet, writer, editor and political activist; he wrote in both English and Zulu; edited the Black Review in 1973; noted for his 1982 book of poems, No More Lullabies 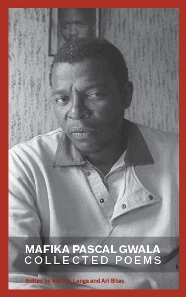 1947 – Michèle Pierre-Louis born, Haitian independent politician; the second woman Prime Minister of Haiti (2008-2009), the first was Claudette Werleigh (1995-1996); Pierre-Louis  has been the Executive Director of the Knowledge and Freedom Foundation since 1995 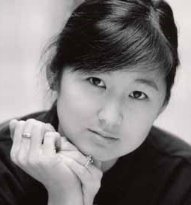 1962 – Chic Spy Day * – The first James Bond movie, Dr. No, starring Sean Connery, premieres in London. The Vatican issues a statement that Dr. No is “a dangerous mixture of violence, vulgarity, sadism and sex,” and the Kremlin denounces James Bond as the personification of capitalist evil – which insures the film’s success

1971 – Tonia Antoniazzi born, British Labour politician; Member of Parliament for Gower since 2017; she and five other Labour MPs resigned their roles as Labour front benchers to protest the party’s Brexit position, which was to abstain in a vote on whether Britain would remain in the single market by joining the European Economic Area (EEA). The renegade MPs voted in favour of the EEA

1972 – Annely Akkermann born, Estonian politician; Member of the Estonian parliament, Riigikogu, since 2011, and serves on the Ecology Committee and the Select Budgetary Committee. She is also chair of the women’s association of IRL-Naiskogu (IREN) 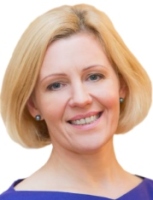 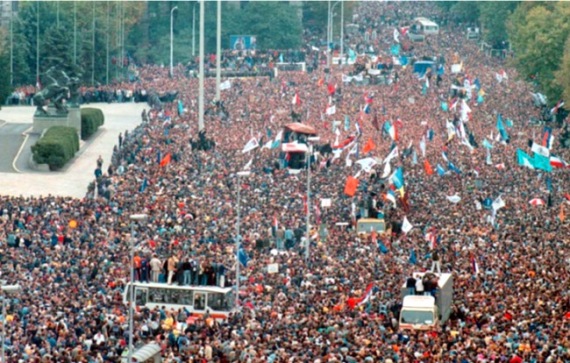 2005 – Defying George W. Bush, the U.S. Senate votes 90-9 to approve an amendment which prohibits the use of “cruel, inhuman or degrading treatment or punishment” against anyone in U.S. government custody

2010 – Peace activist Mairead Corrigan Maguire lost her appeal against being deported from Israel.  She had been denied entry into the country, and then held in a Tel Aviv airport detention facility since her arrival six days earlier for a Nobel women’s peace visit. The Israeli government had instituted a 10-year ban against her for her participation in a Gaza-bound flotilla in 2009, attempting to bring humanitarian aid to Palestinians in the Gaza Strip. Maguire co-founded Women for Peace with Betty Williams, now called the Community for Peace People. Maguire and Williams were awarded the 1976 Nobel Peace Prize for their efforts to bring about a peaceful solution to The Troubles in Northern Ireland 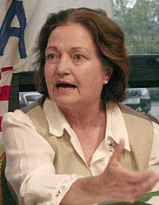 Nona Blyth Cloud has lived and worked in the Los Angeles area for over 50 years, spending much of that time commuting on the 405 Freeway. After Hollywood failed to appreciate her genius for acting and directing, she began a second career managing non-profits, from which she has retired. Nona has now resumed writing whatever comes into her head, instead of reports and pleas for funding. She lives in a small house overrun by books with her wonderful husband.
View all posts by wordcloud9 →
This entry was posted in History, Holidays, On This Day and tagged Bing Xin, Chief Joseph, Consuelo Ynares-Santiago, Joshua Logan, Lech Walesa, Maya Lin, Václav Havel. Bookmark the permalink.