70 BC – Virgil born as Publius Vergilius Maro, Augustan period Roman poet; author of three of the most famous poems in Latin: the Eclogues, the Georgics, and the Aeneid

1066 – Edgar Ætheling, 15-years-old and the last male member of the royal house of Cerdic of Wessex, is proclaimed King of England, but never crowned. He was born in exile in Hungary, and comes to England with his family at age six. Never fully acknowledged as his uncle’s heir, with no powerful relatives to champion his cause, he sits on the throne for less than three months, while disorganized military attempts to stop William the Conqueror fail. Edgar reluctantly pays homage to his successor at William’s coronation

1529 – The Siege of Vienna ends as the Austrians rout the invading Turks, turning the tide against almost a century of unchecked conquest throughout eastern and central Europe by the Ottoman Empire

1582 – The worldwide adoption of the Gregorian calendar begins in the Roman Catholic nations. Eventually, all nations except Ethiopia, Iran and Afghanistan will use some version of it for civil purposes

1608 – Evangelista Torricelli born, Italian physicist and mathematician; the inventor of the barometer, and successor, upon Galileo’s death, to Galileo’s posts as mathematician to Grand Duke Ferdinando II de’ Medici and chair of mathematics at the University of Pisa

1764 – Edward Gibbon sees friars singing in the ruined Temple of Jupiter,  inspiring him write The History of the Decline and Fall of the Roman Empire

1783 – Jean-François Pilâtre de Rozier and the Marquis d’Arlandes make the first of a series of tethered test flights in the Montgolfier brothers balloon, becoming the first humans to make an ascent into the skies, preparing for their first free flight, which will happen the following month 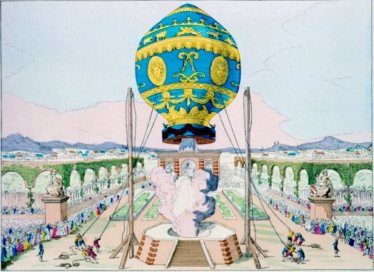 1860 – Grace Bedell, 11 years old, writes a letter to presidential candidate Abraham Lincoln, telling him he would look better if he grew a beard

1869 – Girton College, Cambridge is founded, England’s first residential college for women. Women are originally only granted titular degrees – the title of a Bachelor or Master of Arts, but not full rights – they couldn’t vote in the university Senate, sit on committees, or use the library, museums, or laboratories of Cambridge

1880 – Marie C. C. Stopes born, Scottish palaeobotantist, advocate of birth control, women’s rights and eugenics; first woman academic on the faculty of the University of Manchester; editor of Birth Control News, and author of Married Love, a controversial but influential sex manual published in 1918; she opposed abortion, arguing that it would be unneeded if contraceptives prevented unplanned pregnancies; her work has been overshadowed by her eugenic concerns of “impending racial darkness”

1881 – P. G. Wodehouse born, English novelist, playwright and one of the most widely read humorists of the 20th century; creator of Bertie Wooster and the inimitable Jeeves

1883 – The U.S. Supreme Court strikes down part of the Civil Rights Act of 1875, so individuals and corporations can discriminate based on race

1892 – U.S. government announces 1.8 million acres in western Montana, bought from the Crow Indians for 50 cents per acre, are open to settlers

1905 – C.P. Snow born, English novelist and physical chemist; known for his series Strangers and Brothers and his 1959 lecture, published as The Two Cultures and the Scientific Revolution, about his view of a growing communication gap between members of the scientific and humanities professions

1907 – Varian Fry born, American journalist who ran a rescue network during the early years of WWI in Vichy France, which helped over a thousand anti-Nazi and Jewish refugees to escape from capture and the Holocaust, including Marc Chagall, Max Ernst, Pablo Casals and Hannah Arendt. Hiram Bingham IV, the American Vice Consul in Marseille issued thousands of visas, not always legally, to enable Fry and his allies to get people from France to Portugal, where the Unitarian Service Committee in Lisbon aided refugees with papers and passage on ships. Fry was the first American to be recognized as “Righteous Among the Nations” by the State of Israel

1908 – Olivia Ensor Coolidge born in Britain, American author of historical books for Young Adults, many about Ancient Greeks and Romans; and biographies for adults, including one on Edith Wharton

1914 – The Clayton Antitrust Act is passed by U.S. Congress

1922 – Agustina Bessa-Luís born, Portuguese writer and executive; director of the daily newspaper, O Primeiro de Janeiro, (1986-1987); director of the D. Maria II National Theatre in Lisbon (1990-1993); noted for her novel, translated as The Lands of Risk

1923 – The Rentenmark is introduced in Germany to counter hyperinflation in the Weimar Republic. After passive resistance in the Ruhr, Germany’s industrial heartland, severely slows down the economy, the government’s unbridled printing of extra paper money to compensate puts the Papiermark into freefall on the currency market

1923 – Italo Calvino born, Italian author and journalist, noted for his Our Ancestors trilogy, and his novel Invisible Circus

1932 – Tata Air Services (now Air India, the flag carrier airline of India) makes its first flight.  The airline was founded by J.R.D. Tata, who was the pilot for this inaugural flight in one of the two airplanes owned by the company, a single-engine de Havilland Puss Moth, to carry air mail from Karachi to Bombay

1937 – To Have and Have Not by Ernest Hemingway is published

1943 – Penny Marshall born, American actress, producer and director, noted for directing Big, the first film directed by an American woman to gross over $100 million USD in the U.S.; and for her films Awakenings, A League of Their Own and Renaissance Man

1953 – Teahouse of the August Moon opens on Broadway

1964 – Announcement that Soviet Leader Nikita S. Khrushchev has been removed from office, succeeded as premier by Alexei N. Kosygin and as Communist Party secretary by Leonid I. Brezhnev

1969 – The Moratorium to End the War in Vietnam draws over ten million demonstrators across the U.S., including about 250,000 at a candlelit march around the White House in Washington DC

1976 – National Grouch Day * is launched, inspired by Oscar the Grouch on Sesame Street 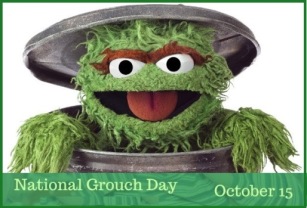 1984 – The Freedom of Information Act is passed

1990 – South Africa’s Separate Amenities Act, which had barred blacks from public facilities for decades, is scrapped

1991 – The “Oh-My-God particle”, an ultra-high-energy cosmic ray measured at 40,000,000 times that of the highest energy protons produced in a particle accelerator is observed at the University of Utah HiRes observatory in Dugway Proving Ground, Utah

1993 – Nelson Mandela and F.W. de Klerk are named co-winners of the Nobel Peace Prize for their efforts to end apartheid in South Africa 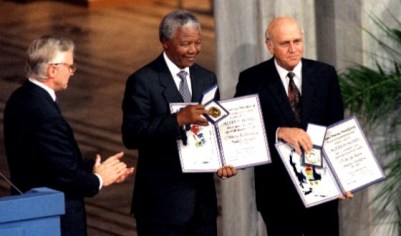 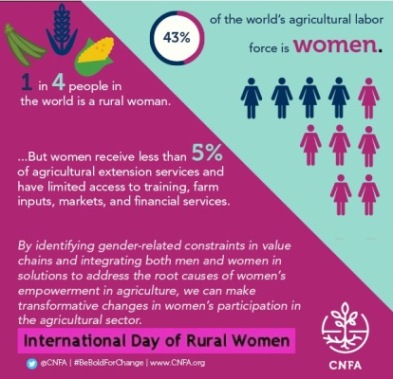 2011 – Global protests are launched under the slogan “United for #Global Change” across Europe, parts of the Middle East, and in the U.S.; the largest protests are in Spain, involving over 500,000 people in Madrid and 400,000 in Barcelona; issues raised: growing economic inequality, corporate influence over government and international institutions, blocking public participation in the democratic process

Nona Blyth Cloud has lived and worked in the Los Angeles area for the past 50 years, spending much of that time commuting on the 405 Freeway. After Hollywood failed to appreciate her genius for acting and directing, she began a second career managing non-profits, from which she has retired. Nona has now resumed writing whatever comes into her head, instead of reports and pleas for funding. She lives in a small house overrun by books with her wonderful husband.
View all posts by wordcloud9 →
This entry was posted in History, Holidays, On This Day and tagged F.W. de Klerk, Helen Hunt Jackson, Lucille Ball, Nelson Mandela, Oscar the Grouch, Penny Marshall, Virgil. Bookmark the permalink.