1006 – Wen Yanbo born, Chinese scholar-official of the Song dynasty, who served four emperors for over 50 years, including as a grand councilor during Emperor Renzong’s reign (1022-1063)

1707 – Following ratification of the Acts of Union by the parliaments of England and Scotland, a new unified Kingdom of Great Britain is created, and the separate ruling bodies unified into the Parliament of Great Britain 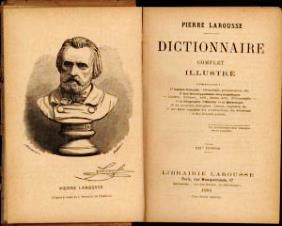 1850 –  The first U.S. National Woman’s Rights Convention begins in Worcester, MA; 1,000 people, representing 11 states, including a delegate from California, came to the first session, and more people stood outside. Ironically, the majority of attendees were men, and the Central Committee appointed by the convention was made up of 9 women and 9 men. Paulina Wright Davis presided, and in her opening address called for “the emancipation of a class, the redemption of half the world, and a conforming re-organization of all social, political, and industrial interests and institutions.” Lucy Stone, who was still recovering from typhoid fever, spoke on the evening of the second day, “We want to be something more than the appendages of Society; we want that Woman should be the coequal and help-meet of Man in all the interest and perils and enjoyments of human life. We want that she should attain to the development of her nature and womanhood; we want that when she dies, it may not be written on her gravestone that she was the “relict” of somebody.” (‘relict’ can refer to a bereaved spouse, but it also means something left over, such as a species or geologic feature from a previous age.) The national convention was preceded in April 1850 by the first state-wide women’s rights convention in Salem, Ohio; 500 people attended, but men weren’t allowed to vote, sit on the platform or give speeches during the Ohio convention

1859 – The Battle of Cepeda: The army of the Confederación Argentina, led by Federal Justo José de Urquiza, defeated the State of Buenos Aires forces, led by Unitarian Bartolomé Mitre. The Province of Buenos Aires had seceded from the Argentine Confederation, establishing itself as an independent State, and in 1857, elected radical autonomist and Unitarian Valentín Alsina as governor

1865 – Neltje Blanchan born, American scientific historian and nature writer; she published eleven books, many on wildflowers and birds, noted for a combination of scientific facts and poetic expression; a devoted supporter of American Red Cross, serving as a Red Cross commissioner in China when she died suddenly at age 52

1867 – The Parliament of the United Kingdom passes the British North America Act, uniting the Province of Canada (Quebec and Ontario) with Nova Scotia and New Brunswick into a single federation, the dominion of Canada; a Senate is formed, all Senators to be appointed by the Governor General to serve until mandatory retirement age, unlike the House of Commons, where representatives are elected 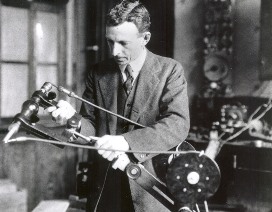 1880 – During the South African Gun War (1880-1881), Chief Mhlonthlo, paramount chief of the Mpondomise, sends word to Hamilton Hope, resident magistrate at Tsolo in the Eastern Cape, that his people will fight with the British against the Basotho in exchange for the Mpondomise being supplied with arms and ammunition. Hamilton Hope comes to Sulenkama with his staff, and Mhlonthlo asks him to address the warriors before they march into battle, but six of the warriors attack Hope and his men, stabbing them to death. The only person spared was Alfred Davis, whose father and brother were missionaries among the Mpondomise. Chief Mhlonthlo tells Davis, “[The government] has either entirely changed from what it was doing a few years ago, or it must be ignorant of what its Magistrates are doing. We are harshly treated. We came under the Government in order to gain peace and quietude, instead of which we have been in a continual state of unrest from the treatment we have received. Faith has been broken with us over and over again … Our cattle are to be branded; our arms are to be taken away; and after that our children are to be seized and carried across the water.”

1885 – Lawren Harris born, Canadian painter, one of the ‘Group of Seven’ who developed a distinctly Canadian style of painting in the early 20th century 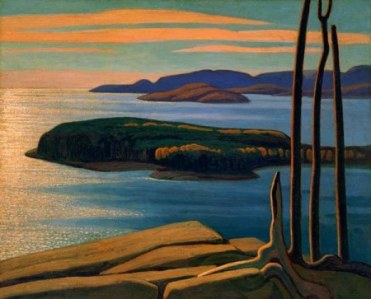 1894 – Emma Williams Vyssotsky born, American astronomer at the McCormick Observatory of the University of Virginia, specialized in the motion of stars and kinematics of the Milky Way; fifth awardee of the Annie Jump Cannon Award in Astronomy, for distinguished contributions to astronomy 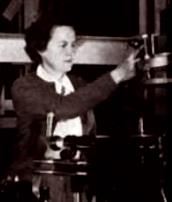 1911 – First use of aircraft in war: Italo-Turkish War: An Italian pilot takes off from Libya to observe Turkish army line 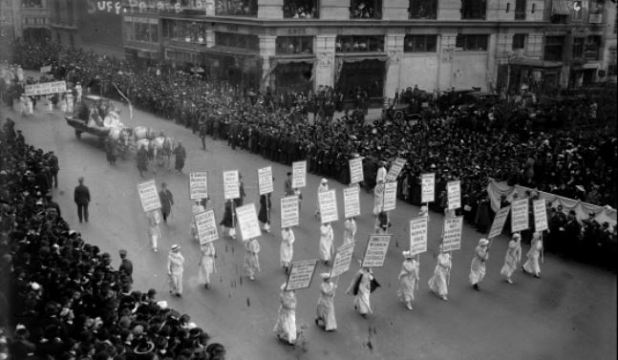 1917 – Lenin calls for the October Revolution, which begins with an armed insurrection in Petrograd

1935 – Chophouse Massacre: Dutch Schultz and 3 others are killed in Newark NJ saloon

1935 – JacSue Kehoe born, American neuroscientist-researcher; noted for discovering that a single neurotransmitter can have multiple types of receptors, while working on electrophysiological analysis of synaptic transmission in the mollusc Aplysia

1944 – WWII Battle of Leyte Gulf: the largest naval battle in history begins in the Philippines (this one’s personal: My dad was on the deck of one of the smaller ships, the USS Kitkun Bay, shown below, which was hit by a Japanese Kamikaze, but the bombs didn’t explode. Otherwise, I wouldn’t be keyboarding this now. Another man on deck just a few feet away from my father was killed by shrapnel.)

Scallop (2003), Aldeburgh beach, tribute to Benjamin Britten – the words
“I hear those voices that will not be drowned” are from his opera Peter Grimes

1946 – The United Nations General Assembly convenes for the first time, at an auditorium in Flushing, Queens, NYC

1954 – Ang Lee born, Taiwanese-American film director and screenwriter; his film Crouching Tiger, Hidden Dragon won the Best Foreign Language Film Oscar in 2000, and he won the Academy Award for Best Director in 2005 for Brokeback Mountain and for Life of Pi in 2012

1956 – Thousands of Hungarians protest against the government and Soviet occupation

1961 – Laurie Halse Anderson born, American author for kids of all ages; noted for Speak, Chains, Ashes and The Impossible Knife of Memory

1969 – Trudi Canavan born, Australian author of fantasy novels and short stories; noted for her trilogies The Black Magician and Age of the Five

1972 – The musical Pippin premieres on Broadway

1987 – U.S. Senate rejects the Supreme Court nomination of Robert H. Bork, 58-42, because of his stated desire to roll back the civil rights decisions of the Warren and Burger courts, and Bork’s role in the Watergate ‘Saturday Night Massacre’

1998 – Dr. Barnett Slepian, an OB-GYN who performed abortions, is killed in suburban Buffalo NY by sniper fire through his kitchen window, the climax of five sniper attacks on doctors in New York and Canada by anti-abortion terrorists – Dr. Slepian’s murderer is serving a 25-year-to-life sentence

2017 – Three U.S. Environmental Protection Agency (EPA) scientists, scheduled to speak and present a 500-page report on climate change this day, had been abruptly removed from the program of a conference on the Narragansett Bay Estuary and Watershed in Rhode Island, at the EPA’s request, just four days before the event. The EPA said the scientists could attend the conference, but were not to speak because “it is not an EPA conference.” EPA Scientist Autumn Oczkowski was to be the conference’s keynote speaker, and the other two scientists, Rose Martin and Emily Shumchenia, were scheduled to appear on a panel entitled “The Present and Future Biological Implications of Climate Change.” Scott Priutt, Trump-appointed head of the EPA since February 2017, would resign in July 2018, while under at least 14 separate investigations by the Government Accountability Office, the EPA inspector general, the White House Office of Management and Budget, the U.S. Office of Special Counsel, and two House of Representatives committees over his spending habits, conflicts of interests, extreme secrecy, and questionable management practices

Nona Blyth Cloud has lived and worked in the Los Angeles area for the past 50 years, spending much of that time commuting on the 405 Freeway. After Hollywood failed to appreciate her genius for acting and directing, she began a second career managing non-profits, from which she has retired. Nona has now resumed writing whatever comes into her head, instead of reports and pleas for funding. She lives in a small house overrun by books with her wonderful husband.
View all posts by wordcloud9 →
This entry was posted in History, Holidays, On This Day and tagged Adele, Ang Lee, Aravind Adiga, JacSue Kehoe, Lawren Harris, Lucy Stone, Maggi Hambling. Bookmark the permalink.