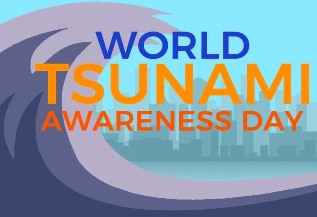 1138 – Lý Anh Tông is enthroned as emperor of Vietnam at the age of two, beginning a 37-year reign

1271 – Mahmud Ghazan born, known as Ghazan the Great, ruler of the Mongol Empire’s Ilkhanate division in what is now Iran from 1295-1304. He made a political conversion from Buddhism to Islam when he took the throne, changing the dominant religion of the Mongols in West Asia (Iran, Iraq, Anatolia and Trans-Caucassia)

Ghazan the Great – conversion to Islam

1499 – The Catholicon is published, a Breton-French-Latin dictionary written in 1464 by Jehan Lagadeuc in Tréguier, the first trilingual dictionary, which is also the first Breton and first French dictionary published

1605 – Guy Fawkes Day * aka Gunpowder Day in Great Britain celebrates the foiling of the Gunpowder Plot: Robert Catesby, with a dozen other provincial English Catholics,  plot to blow up the English House of Lords during the State Opening when King James I would also be present, but an anonymous letter sent to William Parker, 4th Baron Monteagle, reveals their plan. The House of Lords is searched, and around midnight on 4 November 1605, Fawkes is discovered guarding 36 barrels of gunpowder—enough to reduce the House of Lords to rubble—and arrested. The rest of the conspirators were either shot while trying to escape, or tried and executed 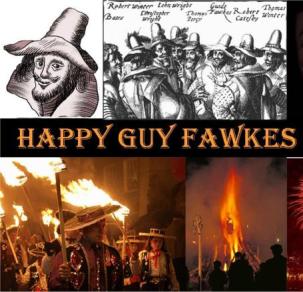 1607 – Anna Maria van Schurman born, Dutch painter, scholar, engraver and poet; highly educated, being proficient in 14 languages, and excelling at art, music and literature, she was a defender of female education: Dissertatio De Ingenii Muliebris ad Doctrinam, & meliores Litteras aptitudine  (The Learned Maid or, Whether a Maid may be a Scholar) argued for educating women, but not for them using their education to enter a profession, and against allowing it to interfere with their domestic duties 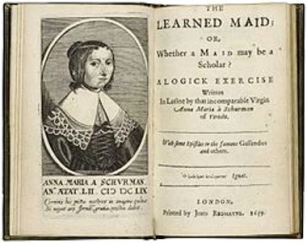 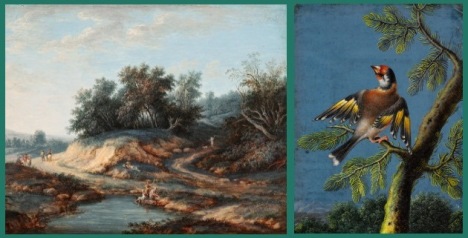 1811 – Father José Matías Delgado, rings the bells of La Merced church in San Salvador – the ‘First Shout of Independence’ * – calling for insurrection and launching the 1811 Independence Movement in El Salvador

1831 – Nat Turner, leader of a slave revolt in Virginia, is tried, found guilty of “conspiring to rebel and making insurrection” and sentenced to death

1857 – Ida Tarbell born, American journalist, author, reformer, and educator; her expose History of the Standard Oil in 1904 gave her a reputation as a “trust buster”

1862 – The Dakota War: in Minnesota, 303 Dakota warriors are found guilty of murder and rape of whites, and are sentenced to hang; President Lincoln commutes most of the death sentences, but 38 Dakota Sioux men are hanged, the largest penal mass execution in U.S. history

1862 – President Lincoln removes George B. McClellan as commander of the Army of the Potomac after he failed to pursue Robert E. Lee’s army after the Battle of Antietam

1872 – To test the limits of the newly ratified 14th Amendment, Susan B. Anthony votes on this day in a presidential election, the first time an American woman votes in a national election, but her vote is not counted, she is arrested, tried, and fined $100, which she refuses to pay 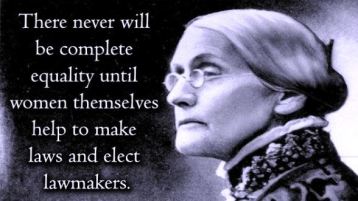 1883 – ‘P Moe Nin’ born as Moe Hnin, notable Burmese author; his early work was published under the pen name Maung Kyaw; he wrote many self-help books, but also wrote over 80 novels and hundreds of short stories; often regarded as the father of Burmese short story writing and the modern Burmese novel; many of his works are still being reprinted in Myanmar

1885 – Will Durant born, American historian and author, with his wife Ariel, of the multi-volume series, The Story of Civilization

1895 – George B. Selden is granted the first U.S. patent for an automobile 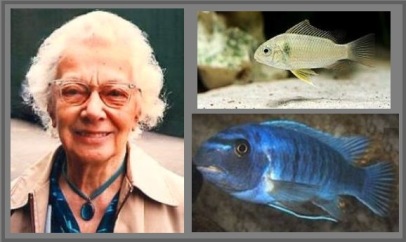 1912 – Woodrow Wilson is elected president of the United States

1916 – The ‘Bloody Sunday’ massacre in Everett, Washington – The Industrial Workers of the World (IWW, nicknamed “Wobblies”) sends union organizers to Everett during a severe depression to support a strike by shingle workers.  The IWW organized rallies and marches – businesses countered by organizing vigilantes who beat them with ax handles and ran them out of town. The Seattle IWW sent in 300 of their members aboard two steamers to hold a rally, but they were met by a tug boat in the harbor, the County Sheriff, armed vigilantes and hired goon squads on the dock. In the gun battle that followed, at least five IWW members were killed and 27 wounded, two ‘citizen deputies’ were killed, shot in the back by their own side, and 20 others were wounded. 74 Wobblies were arrested and charged with murdering the two ‘citizen deputies’ but were all ultimately acquitted

1917 – Jacqueline Auriol born, French aviator and test pilot, one of the first women to break the sound barrier, and also set five world speed records in the 1950s and 1960s; her autobiography, I Live to Fly, was published in 1970

1925 – British ‘Ace of Spies’ Sydney Reilly, the first 20th century “super-spy” is executed by the Soviet secret police, the OGPU

1935 – The game ‘Monopoly’ becomes a best-seller for Parker Brothers 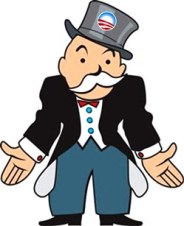 1943 – St. Peter’s Basilica in Vatican City is damaged in a WWII bombing raid on Rome

1953 – Joyce Maynard born, American novelist and newspaper and magazine journalist; noted for her 1992 novel, To Die For, drawn from the Pamela Smart murder case

1955 – The rebuilt Vienna State Opera, which had been destroyed during WWII, reopens with a performance of Beethoven’s Fidelio

1958 – Mo Gaffney born, American comedian, writer and activist; co-wrote and starred with Kathy Najimy in two off-Broadway ‘Kathy and Mo’ shows shows, for which they both won Obie Awards; activist for same-sex marriage

1965 –Rhodesia: Prime Minister Ian Douglas Smith declares a state of emergency after the British government refuses to grant the colony independence until amendments are made to its proposed constitution, including a graduated extension of voting rights leading to an eventual black African majority. Under the constitution proposed by Smith’s government, only the 220,000 white Rhodesians would enjoy privileges over nearly 4 million black Rhodesians. After Smith unilaterally declares independence on November 11, UK Prime Minister Harold Wilson announces a full range of sanctions, including cutting off all British aid and banning import of Rhodesian tobacco. Armed resistance breaks out, and the two rival black factions join forces as the Patriotic front, but white rule was not formally ended until 1979, when Abel Muzorewa (ANC) becomes the first black prime minister of the newly named Zimbabwe

1967 – In Moscow, the Ostankino Tower opens, the world’s tallest free-standing structure for the next nine years

1973 – Gráinne Seoige born, Irish journalist, news anchor, television presenter and Irish language advocate; she is the only television presenter to have worked on Irish telelvison’s TG4, TV3, RTÉ One and RTÉ2.She has also read the inaugural news bulletins on three separate channels—TG4, TV3, and Sky News Ireland, and also appeared on the BBC One series That’s Britain

1974 – Ella T. Grasso elected governor of Connecticut, the first U.S. woman elected as a state governor without succeeding her husband

1982 – Leah Culver born, computer programmer and co-author of OAuth and oEmbed API specifications; co-founder of the micro-blogging site Pownce in 2007, acquired by Six Apart in 2008; also co-founder of real time chat site Convore in 2011, which pivoted into Grove, a chat service for workgroups, and was sold to Revolution Systems in 2012. After working as an engineer at Dropbox, she co-founded Breaker with Erik Berlin in 2016, where she is currently CTO

1986 – The White House reaffirms the U.S. ban on the sale of weapons to Iran

1987 – Black South African Goban Mbeki, member of the ANC National Executive Committee, is released from Robben Island prison, after serving 24 years of a life sentence for treason against the white minority government of South Africa 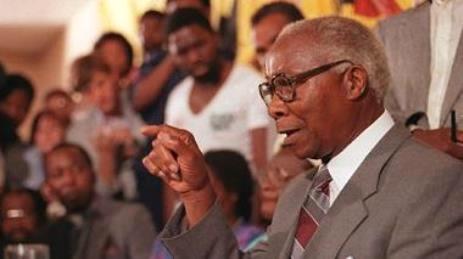 1998 – Henry Hyde, chair of the House Judiciary Committee , sends a 10- page letter asking President Bill Clinton to “admit or deny,” in writing and under oath, 81 assertions in the Monica Lewinsky matter, including whether he gave “false and misleading testimony” under oath. The Republican’s dismal showing in the election confirmed the public’s growing impatience with the months of hearings

2006 – Saddam Hussein, former president of Iraq, and his co-defendants are sentenced to death in the al-Dujail trial for their roles in the 1982 massacre of 148 Shi’a Muslims

Nona Blyth Cloud has lived and worked in the Los Angeles area for the past 50 years, spending much of that time commuting on the 405 Freeway. After Hollywood failed to appreciate her genius for acting and directing, she began a second career managing non-profits, from which she has retired. Nona has now resumed writing whatever comes into her head, instead of reports and pleas for funding. She lives in a small house overrun by books with her wonderful husband.
View all posts by wordcloud9 →
This entry was posted in History, Holidays, On This Day and tagged Anna Leonowens, Christoph Ludwig Agricola, Eugene V. Debbs, Ida Tarbell, Susan B Anthony, Vandana Shiva, Will Durant. Bookmark the permalink.
Loading Comments...
Comment
×
<span>%d</span> bloggers like this: