Chicken Soup for the Soul Day *

Pizza With The Works Except Anchovies Day

In many countries:  Armistice /Remembrance Day/Veteran’s Day/Death-Duty Day – honoring soldiers, especially those who died in WWI

Tuvalu – Heir to the Throne Day

1439 – Plymouth, England is the first town incorporated by the English Parliament

1606 – Jeanne Mance born, French Canadian settler and nurse who was one of the founders of Montreal. After taking patients into her home (1642-1645), she received a contribution that enabled her to found the city’s first hospital, the Hôtel-Dieu de Montréal in 1645. She returned to France twice to seek financial support for the hospital, and recruited three sisters of the Religieuses hospitalières de Saint-Joseph to provide care for the patients so she could devote more time to directing the operation of the hospital

1651 – Sor Juana Inés de la Cruz born, Hieronymite nun of New Spain, self-taught scholar, feminist philosopher, composer and poet; called “The Mexican Phoenix”; Her criticism of misogyny and the hypocrisy of men led to her condemnation by the Bishop of Puebla, and in 1694 she was forced to sell her collection of books and focus on charity towards the poor; she died the next year, from the plague while treating her sister nuns

1793 – Jean Sylvain Bailly, French astronomer, mathematician and political leader early in the French Revolution, who presided over the Tennis Court Oath (Serment du Jeu de Paume,  a vow “not to separate, and to reassemble wherever circumstances require, until the constitution of the kingdom is established.”) Served as the first Mayor of Paris (1789-1791), but resigned on November 12, 1791, after his order to the National Guard in July to disperse the riotous crowd demanding the King step down made him extremely unpopular. Arrested in July, 1793, and brought before the Revolutionary Tribunal in Paris in November after he refused to testify against Marie Antoinette. On November 12, he was guillotined at the Champ de Mars, the site selected because it was where he “betrayed” the democratic movement. Forced to endure the freezing rain and the insults of a howling mob, when a scoffer shouted, “Tu trembles, Bailly?” (“Do you tremble, Bailly?”), he stoically responded, “Oui, mais c’est seulement de froid.” (“Yes, but it is only the cold.”)

1815 – Elizabeth Cady Stanton born, American suffragist, abolitionist, and leading figure of the women’s rights movement; She wrote the Declaration of Sentiments for the 1848 Seneca Falls Convention which launched the woman suffrage campaign; president of the National Woman Suffrage Association (1892-1900), but she was also an advocate for women’s parental and custody rights, property, wage and employment rights, divorce and birth control; author/editor of the controversial The Woman’s Bible, a challenge to the traditional view that women should be subservient to men

1817 – Bahá’u’lláh  (“Glory of God”) born Mírzá Ḥusayn-`Alí Núrí, founder of the Bahá’í Faith, and author of many theological works

1840 – Sculptor Auguste Rodin born in Paris, especially remembered for his works “The Kiss” and “The Thinker”

Detail of Rodin’s Gates of Hell

1859 – The first flying trapeze act is performed by Jules Leotard at Cirque Napoleon in Paris, France. Leotard also designed of the garment named for him 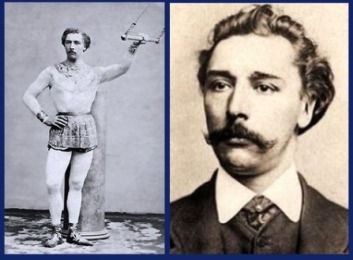 1905 – Norway’s referendum on the Storting (‘great thing’ – supreme Norwegian legislature) decision to offer the throne of the newly independent country to Prince Carl of Denmark is approved by 78.9% of voters. Prince Carl and his wife, Princess Maud of Wales, are crowned King and Queen on June 22, 1906

1905 – Louise McPhetridge Thaden born, American aviation pioneer, held the women’s records for altitude, endurance and speed; won the first Women’s Air Derby, nicknamed the Powder Puff Derby in 1929, but one pilot was killed, so women were barred from racing from 1930-1935; in 1936, the first year women are allowed in the race, she won the Bendix Trophy Race, setting a new world record of 14 hours, 55 minutes from NYC to Los Angeles, and the pilot Laura Ingalls (not the author) came in second

1927 – Leon Trotsky is expelled from the Soviet Communist Party, leaving Joseph Stalin in undisputed control of the Soviet Union

1936 – In California, the San Francisco–Oakland Bay Bridge opens to traffic

1941 – Carol Gluck born, American historian, author and authority on Japan; books including Rekishi de kangaeru (Thinking with History) and Showa: the Japan of Hirohito; a founding member of the Committee on Global Thought

1945 – Judith Roitman born, American mathematician specializing in set theory, topology, and Boolean algebra; has run workshops for elementary and high school teachers on teaching mathematics; served in the National Council of Teachers of Mathematics writing group which produced Principles and Standards for School Mathematics; received the Louise Hay Award in recognition of her work as a math educator; she is also a poet, her collection No Face: Selected and New Poems was published in 2008 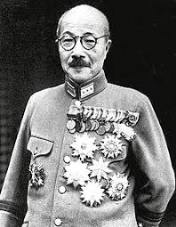 1956 – During the Suez Crisis, Israeli soldiers kill Palestinian refugees in Rafah after the invasion of the Gaza strip

1958 – A team of rock climbers led by climber Warren Harding (the climber, not the U.S. president) completes the first ascent of The Nose on El Capitan in Yosemite Valley 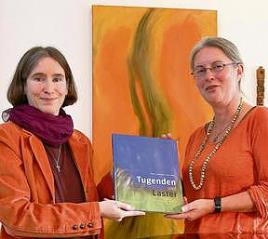 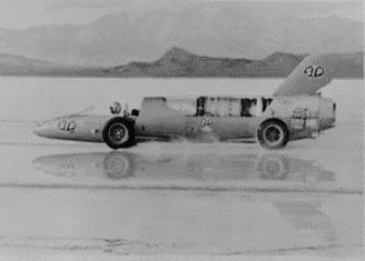 1969 – Independent investigative journalist Seymour Hersh breaks the story of the My Lai Massacre, in the first piece of a three-part series in The St. Louis Post-Dispatch 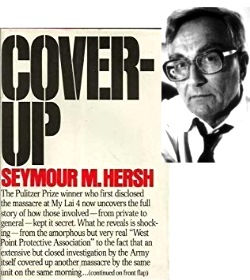 1975 – The Union of the Comoros, an archipelago island nation in the Indian Ocean, joins the United Nations

1979 – In response to the Iran Hostage Crisis, US President Jimmy Carter orders a halt to all petroleum imports into the United States from Iran 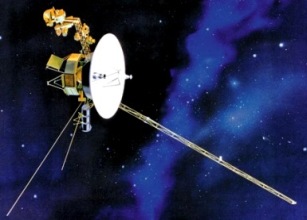 2009 – First World Pneumonia Day, * a program of the World Health Organization (WHO) to promote prevention and treatment of pneumonia, the greatest cause of child deaths worldwide

Nona Blyth Cloud has lived and worked in the Los Angeles area for the past 50 years, spending much of that time commuting on the 405 Freeway. After Hollywood failed to appreciate her genius for acting and directing, she began a second career managing non-profits, from which she has retired. Nona has now resumed writing whatever comes into her head, instead of reports and pleas for funding. She lives in a small house overrun by books with her wonderful husband.
View all posts by wordcloud9 →
This entry was posted in History, Holidays, On This Day and tagged Auguste Rodin, Carol Gluck, Elizabeth Cady Stanton, John Tracy Kidder, Judith Roitman, Leon Trotsky, Paula Murphy. Bookmark the permalink.
%d bloggers like this: